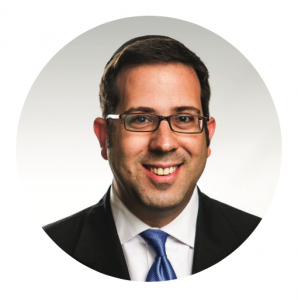 One of the most beautiful scenes I have the privilege to observe on a regular basis takes place in my hometown of Chicago. Each Thursday night for the past eleven years, boys from a variety of local high schools gather in a neighborhood synagogue for an hour of Torah study, followed by a raffle and refreshments. They learn in pairs or in small groups, as would commonly be found in most any beit midrash around the world. And while that alone is a wonderful sight, it is hardly exceptional.

What makes this scene particularly beautiful, and indeed far more unique, is the hashkafic diversity that is represented. Nearly 100 boys, and sometimes even more, from across the Jewish religious spectrum—from co-ed Jewish high schools, single-gender Modern Orthodox yeshivah high schools, multiple different “black hat” yeshivot, and even public high schools—all learn in the same beit midrash, interacting naturally with one another and kindling or strengthening friendships. The program was created and is run by Rabbi Yosef Cohen, known fondly as “Reb C.,” an eighth-grade rebbi at Arie Crown Hebrew Day School and a public school alumnus of NCSY in the late 1980s.

The power of such a program is only partially due to the Torah being studied. It is all the more potent because of the sense of unity it instills, the bringing to life of Ben Zoma’s message from Pirkei Avot: “Eizehu chacham? Halomeid mikol adam—Who is wise? One who learns from every person.”

As a product of NCSY myself, I know firsthand the mutual benefit gained from having teens across the religious spectrum spend time together in a constructive way. I was able to “learn the ropes” of normative observance from those to whom it was second nature. Observing my more religious peers, I began to see making berachot on food and wearing tzitzit as behaviors a “normal” kid like me could feel comfortable doing. At the same time, I recognized my own ability to have a positive influence on others. As a ninth-grade public school student who made the rare decision to wear a kippah to school, I saw the cascading impact that decision had. My peers in yeshivah high schools were uplifted by what they viewed as my courage, while a fellow Jewish student in the same school I at- tended followed my example and began wearing a kippah as well.

When I served as NCSY Midwest regional director in the 2000s, I ran a program that brought NCSY yeshivah high school and public high school students to learn with boys at Telshe Yeshiva in Chicago. Not only was the experience exceptionally positive for the NCSYers, but I recently encountered one of the Telshe students, now over thirty years old, who recalled the impact those learning sessions had on him. He was struck by the thirst and motivation of the NCSY teens to study Torah, so much so that he remembered the impression it made on him over fifteen years later.

Interactions among various “stripes” of the Orthodox community were more commonplace decades ago when our frum community was considerably smaller. A generation ago, Orthodox Jewish communities the sizes of Chicago, Toronto, Baltimore, Miami and Los

Angeles generally had one or two yeshivah high schools for boys and one or two for girls, usually in addition to one co-ed Jewish high school. By default, these schools functioned as community high schools, with students’ families representing a variety of religious outlooks and levels of observance. Interactions like those described above took place formally in school, in addition to informally outside school. However, as Orthodox Jewish communities in larger cities grew, the number of schools also grew, bifurcating the Orthodox Jewish student populations along ideological lines,1 similar to what had previously begun to occur in New York and New Jersey.

Today, a growing number of Orthodox Jewish families seem to prefer to limit their children’s social and educational interactions to those with whom they are a “hashkafic match.” This explains in part the proliferation of day schools and yeshivot, each espousing slightly nuanced differences with regard to religious ideology. While the aversion to exposing one’s children is understandable to a point, the opposition to even wholesome, Torah-centered interactions with children from different backgrounds has a substantial cost: our children lose the opportunity to learn with and from one another.

Furthermore, they fail to appreciate the normalcy of those to their ideological left or right.

Some of the programs of NCSY of which I am proudest are those that encourage exactly these types of interac- tions. In New Jersey, Orthodox high school girls in NCSY’s 4G program, themselves students at a variety of different single-gender and co-ed yeshivah high schools, learn Torah weekly with public high school girls. In both Boston and Los Angeles, boys and girls from Orthodox yeshivah high schools, Jewish community high schools, and public high schools study Torah in small groups comprised of students from varied religious educational backgrounds. And each fall, hundreds of teenage participants at two simultaneous NCSY conferences—the JSU Presidents’ Conference, a gathering of Jewish teen leaders in public high schools; and the JUMP Conference, a convening of mostly yeshivah high school student leaders—come together to study Torah in a series of innovative workshops. The hallmark of all of these programs is that the relationships and connections formed are mutually beneficial: each teen benefits from getting to know other Jewish teens from varied backgrounds.

Each of these scenarios is replicable. Chicago need not be the only city with a “Reb C.,” and NCSY need not be alone in bringing Jewish teens together from across the religious spectrum. Our Jewish community overall would do well to promote more such opportunities for teens to grow and connect.

1. A comparison of the Avi Chai Foundation Jewish day school census data from 2000 (avichai.org/wp-content/uploads/2013/05/ Census-JDS-2000.pdf) and 2020 (avichai.org/knowledge_base/a-census-of-jewish-day-schools-2018-2019-2020/), particularly focusing on Table Six in both surveys, supports this assertion. For example, the number of Modern, Centrist, Chabad and yeshivah-type schools in the US increased 41 percent over that twenty-year period, from 388 to 548. Further, there is reason to believe there was a similarly dramatic increase between 1980 and 2000.

5 1 vote
Article Rating
This article was featured in the Winter 2022 issue of Jewish Action.