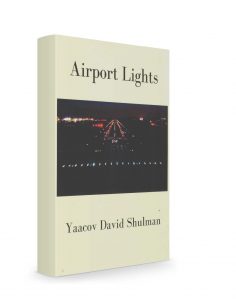 Rabbi Avraham Yitzchak HaKohen Kook (1865-1935), best known as the first chief rabbi of pre-state Israel, was a truly unique Talmudist, halachist, mystic, poet and Jewish thinker. As chief rabbi, Rav Kook was renowned for his ability to respond to the needs of the period, as seen from his many letters and numerous responsa. Simultaneously, Rav Kook seemed to dwell beyond time, with glimpses of his mystical and almost prophetic perspective reflected in his many essays and, in particular, in his heartfelt poems.

Renowned as a deep thinker who was gifted with flashes of inspiration, Rav Kook constantly jotted down his thoughts in notebooks or diaries. In fact, one of the most oft-quoted aphorisms of Rav Kook is, “I write not because I possess the strength to write, but because I am unable to remain silent” (Iggerot HaReiyah, vol. 1, p. 24). His writing was driven by an intense need to capture the ideas that overflowed from his heart and mind.

In 1999, eight notebooks of Rav Kook were published under the title Shemonah Kevatzim, which contain the spontaneously recorded thoughts of Rav Kook from the period of 1904 to 1919. This work is particularly significant since, in contrast to many other works of Rav Kook that were edited by his son Rabbi Tzvi Yehuda and his disciple Rabbi David Cohen, what is found in Shemonah Kevatzim is, as Marc Shapiro puts it, “an opportunity finally to see what Kook wrote without, as it were, going through his gatekeepers” (Changing the Immutable, p. 161).

Within Shemonah Kevatzim we find entries by Rav Kook on a wide variety of topics including thought, speech, nature, culture, prayer and wisdom. Though not all of the entries in Shemonah Kevatzim are poems, they—like his other writings—are also not conventional prose.

While many of Rav Kook’s books have been translated into English, sadly, Shemonah Kevatzim is not among the lucky few. However, a unique work has recently been published that attempts to capture some of the messages found within Shemonah Kevatzim in a more modern and accessible manner.

Rav Kook’s writing was driven by an intense need to capture the ideas that overflowed from his heart and mind.

Rabbi Yaacov David Shulman is a scholar, writer, translator and editor with considerable experience in exploring the writings of Rav Kook. (For example, he translated Simcha Raz’s An Angel Among Men and edited Rav Moshe Weinberger’s Song of Teshuvah: A Commentary on Rav Avraham Yitzchak HaKohen Kook’s Oros HaTeshuvah.)

In Airport Lights, Rabbi Shulman presents ninety-four original poems which are each “an expression of a personal encounter with a teaching by Rabbi Avraham Yitzchak HaKohen Kook” (p. iii), and are primarily from Shemonah Kevatzim. Rabbi Shulman addresses a wide range of themes in this book, including faith, prayer, knowledge, truth, nature and love, while also making references to countries which he visited (hence the title Airport Lights).

It should be noted that Airport Lights does not claim to be and should not be regarded as a commentary to Shemonah Kevatzim. Instead, it is a collection of poems inspired by some of its entries. Notwithstanding, by emphasizing its connection to Rav Kook, Rabbi Shulman creates a high expectation for the reader both in terms of content and style.

Within Airport Lights there are a number of truly delightful poems. For example, inspired by a stirring entry in Shemonah Kevatzim 1:846 where Rav Kook speaks about the capability of each individual to enrich the universe through revealing his inner spiritual gifts, Rabbi Shulman presents his poem titled “Out of Ourselves” (p. 73):

We can enrich the entire world,
With our own treasure,
If we can only bring it out
Of ourselves. It is beyond measure,
It is at the source of our
Soul, which is a flame
That lights up faces,
Whose place nothing else can claim.

Similarly, inspired by a short entry in Shemonah Kevatzim 1:530 where Rav Kook discusses how truth is revealed in its totality, Rabbi Shulman presents his poem titled “Bit by Bit” (p. 15):

Truth doesn’t appear bit by bit.
It’s sudden, sweet and infinite.
Each log is split, a sudden thwack,
And then is added to the stack.

However, while attempting to capture some of the essence of Rav Kook’s thoughts, in some instances Rabbi Shulman’s poems sacrifice depth for rhyme. For example, inspired by a profound piece in Shemonah Kevatzim 1:848 about the power of choice, Rabbi Shulman writes in his poem titled “A Rock, A Handkerchief, A Car” (p. 75):

Everything has free will:
A rock, a handkerchief, a car,
And when we tie our own free will
To good, it reaches every star,
It changes every antelope,
It flows along the lanes
And charges all the trees with light,
As seen through windowpanes.

Similarly, inspired by a short piece in Shemonah Kevatzim 1:750 where Rav Kook explains how greatness should not be feared but instead harnessed, Rabbi Shulman writes in his poem titled “Footprint” (p. 52):

Don’t be scared
Of giant weather balloons
Or of giant thoughts
Or swamping monsoons,
Of floods that raise you
Fed by ocean floor fountains
To carve inscriptions
On the sides of mountains
When you are a lion,
You are the footprint of a lion,
When you are a meadow
You are a dandelion.

Airport Lights is an original work which stands on its own as a delightful collection of thoughtful poetry penned by Rabbi Shulman. In some instances, the poetry is compelling and moving, while at times it seems a bit clumsy. In a number of poems, the connection with the writings of Rav Kook is clearly evident, while in others the connection is tenuous. Still, I am deeply moved by what Rabbi Shulman has done through reflecting upon and writing poetry inspired by the teachings of Rav Kook, and I hope this work inspires others to do the same.

Rabbi Johnny Solomon is a British-born Jewish educator who was previously the head of Judaic studies at Immanuel College and Hasmonean Girls’ School in Great Britain. He now lives in Israel where he teaches Tanach, halachah and Jewish thought at Machon Ma’ayan and Midreshet Torat Chessed, while also working as an independent Jewish education consultant.