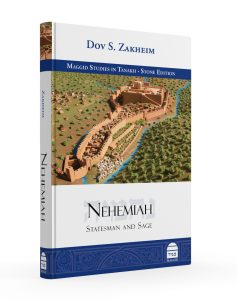 The most recent US presidential campaign was characterized, amongst other things, by the question of leadership: the leadership of the United States in the world, the type of leadership needed to improve the lives of millions of Americans adrift in the era of globalization and, at its core, the kind of leadership necessary after a decade and a half of seemingly unending military entanglements and “leading from behind.” Moreover, Americans appeared desperate to heal the deep wounds of division and what many perceived as social disintegration.

Over the course of American history, the United States has found itself at this kind of leadership crossroads many times, notably in the years leading to and during the Civil War, in the depths of the Great Depression and in the midst of economic turmoil at the height of the Cold War. The decisions the American people have made have significantly altered the trajectory of the nation, precisely because these times for choosing have revealed leadership from quite unexpected quarters and via often unlikely people.

What Rabbi Dov Zakeim’s Nehemiah: Statesman and Sage reveals is that this type of leadership predicament is not a novel concept. Twenty-five centuries ago, one such unexpected leader, stepping into the fray at the height of an existential crisis for the newly returned Babylonian exiles in Jerusalem, was successful in altering the course of Jewish history for the next 700 years. When Nehemiah ben Hachaliah, the cupbearer of the Persian King, was solicited to repair the walls of Jerusalem in the opening verses of the book that bears his name, it set into motion a startling chain of events that would eventually see not only the refortification of the Judean capital, but the revitalization of its people, its social fabric and its religious commitment to Jewish nationalism.

Following King Artaxerxes’ granting Nehemiah temporary leave to rebuild Jerusalem—a diplomatic feat in its own right—the courtier journeys to Judah as its new governor. There, he faces rival satraps of neighboring provinces who see him as a dangerous interloper. Decades after following Zerubbavel back to Judah, these Jewish nobles have resorted to ignoring their responsibilities to the landless poor, despite the presence of Ezra the Scribe, the foremost religious leader of the time. Nehemiah makes the conscious decision to chide his fellow nobles, advocate for the destitute and eschew his governor’s salary to illustrate his camaraderie with the poor. Through a delicate balancing and sequencing of priorities, the creation of strategic alliances and the deployment of some skillful public relations, Nehemiah is able to thwart his enemies, rebuild the walls of Jerusalem—despite his mistrust of some of those taking on the task—and repopulate and revitalize Jewish religious and national life in Jerusalem. The deft leadership skills necessary to achieve all this in a relatively short time appear breathtaking, especially coming from someone who ostensibly had no governing experience on his résumé.

Twenty-five centuries ago, one such unexpected leader, stepping into the fray at the height of an existential crisis for the newly returned Babylonian exiles in Jerusalem, was successful in altering the course of Jewish history for the next 700 years.

Nehemiah: Statesman and Sage, the culmination of years of research and study, adheres closely to the thirteen chapters of the Biblical text, giving meaning and much needed political, economic, social and historical context to what amounts to the personal memoir of one of post-exilic Jewry’s most important lay figures. That Rabbi Zakheim is himself an expert in international affairs—a distinguished thirty-plus-year career at the US Department of Defense where he has held significant and high-level leadership positions—enhances the political and social analysis of the moves Nehemiah takes upon arriving in Jerusalem to restore the city and its people to their national heritage. This insight is readily apparent throughout as he brings copious examples from modern American, Israeli and world politics to illustrate how the challenges Nehemiah faced are as timeless as human nature itself.

Nehemiah charts the seemingly fraught relationship between the governor and Ezra, and how the former capitalized on the latter’s station as a priest and as the foremost religious leader at the time for the political and social betterment of the people. This is revealed in Rabbi Zakheim’s detailed explanation of Nehemiah’s uniquely secular and political viewpoint of Ezra’s reading of the Torah on Rosh Hashanah and the great celebration of Sukkot in chapter eight in the Book of Nechemiah. Apart from the religious aspect of these one-off ceremonies, Nehemiah used the emotional energy exuding from a population saddened by their realization they had been remiss in following God’s laws to remind them of Judah’s former glory and energize them not only to a religious but a nationalistic renewal of what it means to be a people bound together simply by a common revelatory experience at Sinai.

Of special significance as well is Rabbi Zakheim’s description of what he calls the “Jewish constitution” that Nehemiah convinces many of the inhabitants of the newly restored Jerusalem to sign in chapter ten. Not merely a new covenant along the lines of Moses or Jeremiah, Nehemiah’s pledge allowed its signatories the free-will choice to take on the religious and social responsibilities listed therein, including the dissuasion of intermarriage, the observance of Shabbat, the rededication to the upkeep of the Temple and the keeping of the shemittah Sabbatical year, all of which had clearly fallen by the wayside and had become serious continuity problems amongst a population struggling to survive in a precarious neighborhood. Drawing on traditional, contemporary, medieval and modern sources, Nehemiah elucidates the unprecedented nature of the governor’s pledge; in highlighting free men consenting to curtail their natural liberty for the sake of a greater good, Rabbi Zakheim fascinatingly points out Nehemiah was shockingly before his time by developing what has become the hallmark of modern Western constitutions.

Nehemiah makes the conscious decision to chide his fellow nobles, advocate for the destitute and eschew his governor’s salary to illustrate his camaraderie with the poor.

Through Rabbi Zakheim’s careful presentation of deep context and analysis, Nehemiah emerges as a unique leader for his time. His successes in fortifying and repopulating Jerusalem, in terminating the nobility’s exploitation of their countrymen and in restoring national pride and religious commitment amongst a people who in a backwater of the Persian Empire had sadly lost their way were nothing short of remarkable. In the end, through Rabbi Zakheim’s methodical approach to the text, Nehemiah, with his political acumen and keen faith in God, emerges as the unlikely leader responsible for essentially making Judah great again.

Daniel Renna is a foreign service officer and currently the political-economic counselor at the US Embassy in Gaborone, Botswana. He has served in various capacities as a diplomat at US embassies in Slovakia, The Gambia, Armenia and the Democratic Republic of the Congo and as the senior desk officer for the Democratic Republic of the Congo at the State Department in Washington, DC.