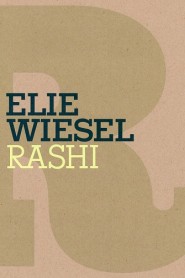 When I saw that noted Holocaust survivor and Nobel laureate Elie Wiesel recently wrote a book on Rashi (Rabbi Shlomo Itzhaki), the famous Bible commentator, I was reminded of a question Rashi asks in his Torah commentary: “What does the Shemittah year [Sabbatical year] have to do with Mount Sinai?” Similarly, I asked myself: What does Wiesel have to do with Rashi?

It turns out Wiesel has a lot to do with Rashi. Wiesel is a descendant of Rashi.

Wiesel was engulfed in the fury of the Holocaust at the age of fifteen. He was incarcerated in Auschwitz and in Buchenwald, where his father died. After the war, Wiesel became a reporter, then almost by chance, an author. His book Night, about his experiences in the Holocaust, has become a classic.

To my great surprise, Wiesel has not only studied Rashi, he is a great admirer of the commentator. Wiesel is not a Rashi scholar, nor does he profess to be one; indeed, his book Rashi: A Portrait is more of a personal portrait reflecting Wiesel’s emotional attachment to Rashi than it is a scholarly work.

I turn to him to grasp the meaning of a verse . . . He is my first destination . . . my first aid. The first friend whose assistance is invaluable, not to say indispensable . . . his inventive genius revealing the deep, hidden meaning of a verse.

For details about Rashi’s life, Wiesel relies heavily on other researchers, particularly on Hebrew University Professor Avraham Grossman. Wiesel tells us about Rashi’s modesty, his congeniality with, and respect for, his students and neighbors, his love of learning, and the simplicity in his own life and in his approach to
his commentary.

Recounting the frightening effects of the First Crusade in 1096, Wiesel shows how its influence can be seen in Rashi’s liturgical writings and in his Biblical commentaries. We learn the little that is known about Rashi’s immediate family (his wife and three daughters) and his generosity to the poor in spite of his own financial struggles. We learn of Rashi’s love for the Jewish people and for the Land of Israel. (Wiesel overlooks that Rashi’s first comment to each of the Five Books of the Torah is either a tribute to the Jewish people or to the Land of Israel.)

For Rashi, Jews could do no wrong and goyim no right. His commentary reflects his unflagging defense of the Jewish heroes of the Bible, even when they appear to be in the wrong, and his unfailing condemnation of the non-Jewish individuals in the Torah. This, Wiesel says, may have been Rashi’s reaction to the virulent anti-Semitism in his own time.

Unfortunately, Wiesel quotes Professor Grossman uncritically when he writes, “Rashi’s success and popularity cannot be explained by his commentaries alone but are due to his personality as well” (p. 20). It is hard to believe that the more than one hundred commentators (!) who expounded on Rashi’s Torah commentary were impressed by his personality and not exclusively by his commentary.

Here is where we come to a failing in Wiesel’s otherwise informative work. Wiesel devotes a chapter to selecting some of Rashi’s comments on the Book of Genesis in order to give the reader a taste of Rashi’s “inventive genius . . . revealing the deep, hidden meaning of a verse.” Yet his more than fifty examples of Rashi-comments are presented flatly, with little incisive observation, failing to illuminate Rashi’s brilliance.

The clue to unveiling Rashi’s insights is to ask the question taught in cheder for centuries: “Vos ‘art Rashi?” (“What’s bothering Rashi?”). Wiesel does this to some extent, but his presentation of these comments does not fully convey Rashi’s attentive ear, perceptive eye and sharp insight.

Take, for example, Rashi’s comment when Jacob goes to meet Esau. After twenty years of separation, Jacob fears Esau’s anger. He lines up his family in a strategic order to protect his most beloved ones (Genesis 33:2).

“. . .[A]nd he divided the children among Leah and Rachel and the two handmaidens. He placed the handmaidens and their children first, and Leah and her children last [acharonim] and Rachel and Joseph last [acharonim].” Rashi, commenting briefly on the words “Leah and her children last,” remarks: “The last mentioned is the most beloved” (“acharon, acharon chaviv”). The attentive reader is surprised that Rashi refers to Leah as the most beloved. Certainly Rachel was Jacob’s most beloved. Some even regard this as a printer’s error, believing that this comment belongs to the words: “and Rachel and Joseph last.”

But what’s bothering Rashi in the verse? Simply that the verse states “Leah and her children last” when they were, in fact, not last. So why does the verse say they were? Rashi’s cryptic answer is that “last” in the verse means later, nearer to the end. The further along the lineup one was placed, the more beloved she was. So, of course, the most beloved was Rachel and she was the very last, but Leah was placed “later” than the handmaidens, and thus, she was more beloved to Jacob than they were. This is but one example of Rashi’s genius and sensitivity to language.

Nonetheless, Wiesel’s book is a refreshing and enjoyable read. It will give many who have heard of Rashi but know little about him an in-depth look at one of the towering figures in Jewish history.

Rabbi Dr. Avigdor Bonchek is a clinical psychologist practicing and teaching in Jerusalem, where he and his family have lived for the past thirty-eight years. He is the author of the six-volume series What’s Bothering Rashi? (Jerusalem, 1997-2002).