Jewish Action asked a number of educators to answer the following: Which book would you recommend children read this summer and why?

Young Children
The summer, or fra 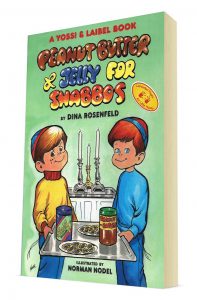 nkly any other season, is the perfect time to read or listen to poetry. The Random House Book of Poetry for Children (New York: Random House, 1983) is a wonderful collection of poems for elementary school children. The volume includes classics like “The Crocodile” by Lewis Carroll, “Stopping by Woods on a Snowy Evening” by Robert Frost, and contemporary poems reflective of our students’ lives, like “Since Hanna Moved Away” by Judith Viorst and “Homework” by Jane Yolen. Funny poems, silly poems and tongue-twisters by poets like Shel Silverstein, Dr. Seuss and Maurice Sendak complete this volume.

Reading poetry is a wonderful way for children to enhance their decoding, comprehension and fluency skills. For reluctant readers, poems often provide a way into the world of children’s literature; their shorter length, rich language and poetic devices—metaphors, similes, personification and onomatopoeia—help the reader visualize and understand them. Poems can also serve as “mentor texts” and inspire young readers to become poets as well.

Peanut Butter and Jelly for Shabbos (Brooklyn, New York: Hachai Publishing, 1995) by Dina Rosenfeld is just the right type of book for a parent or sibling to read to a young child. Children (and adults) are entertained and intrigued by Yossi and Laibel’s increasingly complicated attempts to solve a problem. The theme is presented in a charming rhyme that reinforces the lesson without becoming pedantic. There’s humor, delightful illustrations and a satisfying ending. Parents should make the most of every opportunity to read with their children. Grab a comfortable chair, share a favorite story and read, read, read! 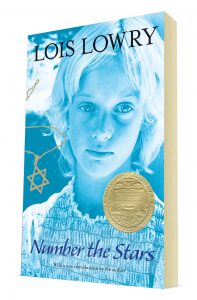 ool
Dual Discovery: A Historical Drama by Zecharya Hoffman (translated from the Hebrew V’Hitzalti, by F.H. Einhorn; Mizrachi Publishing, 2004) is a solidly written historical novel that tells the incredible story of shibud Mitzrayim, the enslavement in Egypt, and Yetziat Mitzrayim, the Exodus. In powerful and descriptive language, the author takes us back in time and makes us feel as if we too, are personally experiencing the geulah. Drawing upon various meforshim, Hoffman brings this time in history to life, introducing us to a cast of realistic and accurately portrayed characters, some from the chumash, others convincingly created.

The hundreds of middle school students I have recommended this book to have all loved it. After reading it, one can never view Yetziat Mitzrayim and the geulah in the same way.

An historical fiction novel set in Denmark in 1943, Number the Stars by Lois Lowry (New York: Sandpiper, 1989) tells the poignant story of two ten-year-old friends—one Danish, one Jewish—against the backdrop of Nazi occupation and the courageous efforts of the Danish Resistance to save the lives of its country’s Jews. Narrated through the eyes of a child, the book illustrates the power of friendship and the importance of doing what’s right even under the most difficult of circumstances. An excellent first read of this genre, it is light enough to nurture a healthy childhood belief in the triumph of good over evil. As the summer typically runs at a more relaxed pace, there will be time for any discussions you might want to have with your child as a follow up to the book. 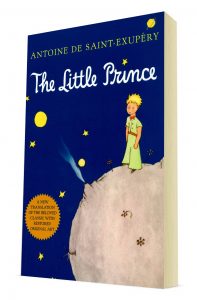 The dedication page of Antoine de Saint-Exupéry’s The Little Prince (New York: Harcourt, Inc, 1943) begins with an apology: “I ask children to forgive me for dedicating this book to a grown-up.” And it is no wonder it begins this way. The Little Prince is really a moving tribute to the opportunities ensconced in childhood. It is easy to forget the wonder and mystery that children possess; this short classic serves as a reminder that the curiosity and simplicity of childhood should not be so unceremoniously discarded for the specious importance of adult life.

The Little Prince details the story of a lost traveler and a young and naïve prince. Perhaps most remembered for the immortal line “that which is essential is invisible to the eye,” the book is filled with simple yet brilliant perspectives on the nature of friendship and the ways different people construct meaning in their lives.

Rabbi Simcha Zissel of Kelm (1824-1898) noted that the image of children resided on top of the Ark of the Covenant to serve as a reminder to all that the only way to develop a relationship with Torah and spirituality is by retaining the curiosity and wonder for life that children possess. The Little Prince is a short manual for how to do just that. 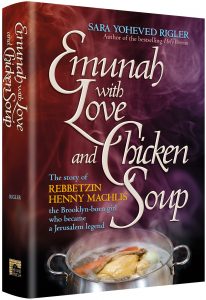 Teens
Like a steaming bowl of chicken soup, this book will warm your heart and satiate your appetite for meaning and inspiration. Emunah With Love and Chicken Soup: The Story of Rebbeztin Henny Machlis, the Brooklyn-born Girl who became a Jerusalem legend by Sara Yoheved Rigler (Brooklyn, New York: Shaar Press, 2016) is the story of an ordinary girl from New York who grew up to become nothing short of extraordinary. Opening her humble Jerusalem home to over 150 guests for every Shabbat meal, Henny Machlis, a”h, lived and breathed emunah and chesed. It is from Henny that we learn about proper middot, relationships, tefillah, community, compassion and love of one’s fellow Jew. Reading this book will change your perspective of Shabbat, chesed and the power of acceptance and will leave you dreaming big and aiming to make a positive impact on the world.

Danny was a teenager who grew up in the city but left it for nature and a calmer life. He traveled around the United States and ended up joining the Blackfeet Indian Reservation in Montana. Although Danny finally felt like he was a part of something meaningful and spiritual, a wise elder of the Sioux Indians told him that he should learn more about his Jewish heritage. Danny hitchhiked back to New York and eventually met Rabbi Shlomo Freifeld (1925-1990), the rosh yeshivah of Sh’or Yoshuv Institute in Far Rockaway, New York.

After learning about Danny’s background and listening to his stories, Rabbi Freifeld happily accepted him into the yeshivah. Subsequently, Reb Shlomo went to the local public library and borrowed a mound of books about the culture and traditions of American Indians so he could better support Danny in his religious growth.

This is just one of the many anecdotes found in Reb Shlomo: The Life and Legacy of Rabbi Shlomo Freifeld by Rabbi Yisroel Besser (Brooklyn, New York: Judaica Press, 2008). Reb Shlomo was a teacher who listened carefully to a generation of adolescents seeking to be understood and to find their place and purpose. He emerged from an educational tradition of valuing the uniqueness of each person, and he created an inclusive, joyful, and animated yeshivah environment that became “a world where questions were welcomed, not shunned” (p. 62). This upbeat biography is filled with stories about Reb Shlomo’s youth, his teachers, his students, his Torah viewpoints, his humor, and his remarkable approach to embracing and educating every Jewish student.