This is a most personal article and reflects my emotions and hopes about my beloved Jewish people. 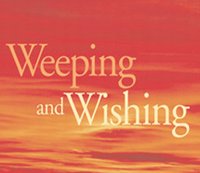 Almost a year ago a friend of mine sent me a Hebrew book as a gift. Because of other commitments, I did not have an opportunity to even glance at the book, let alone read it, until recently. I read the book carefully and thoroughly because I found it to be a treasure house of Jewish thought, faith, optimism and heartbreak all combined. I imagine that in the combination of motifs and emotion that the book raised in me it became a uniquely Jewish work. The book, entitled Leor Haemunah, was published in New York in 1958. It is an anthology of Jewish religious thought of the great men of European and Israeli Jewry in the period between the two catastrophic twentieth-century wars that destroyed European Jewry. It was co-edited by Rabbi Menachem M. Kasher, the genius creator of Torah Sheleimah (an anthology of Midrash on the Chumash) and Moshe Prager, the gifted writer and long-time editor and publisher of Bais Yaakov Magazine in Israel. Both of these great men were chassidim of the Imrei Emet, the rebbe of Gur. I had the honor of knowing them personally, and I still bask in the warm glow of the memory of their personalities and conversations. The book was autographed (not to me) by my dear friend Rabbi Moshe Sherer, the outstandingly talented and astute leader of Agudath Israel of America for so many decades. The book therefore felt warm and comfortable in my hands since it housed a treasure of sweet memories for me.

It was not only the contents of the more than forty magnificent essays that comprise the book on Judaism, Torah, the Land and State of Israel and the future of the Jewish people that inspired and impressed me. What most touched me, and brought me literally to tears, was the array of authors represented by the essays in the book. Leor Haemunah was published by an organization that was a satellite of Agudath Israel of America. Yet accompanying the essays of Rabbi Elchanan Wasserman, Rabbi Meir Shapiro, Rabbi Yisrael Meir Kagan (the Chafetz Chaim), Rabbi Avraham Bloch, Rabbi Ben Zion Halberstam (Bobov) and Rabbi Avraham Yeshayahu Karelitz (the Chazon Ish) were essays by Rabbi Avraham Yitzchak Kook, Rabbi Yaakov Moshe Charlap (Mercaz Harav), Zev Yaavetz, Rabbi Avigdor Moshe Amiel, Dr. Ben Zion Fasler and Dr. Isaac Breuer. There are other important people whose essays are also included in this anthology. But what is most striking in looking at the table of contents is the range and diversity of the contributors. This is a true picture of the Jewish religious world of the time and not the stylized and sanitized version that is now our regular fare. Such a book would not make it in today’s religious world. Agudath Israel is currently not allowed to deal with the writings of Rabbis Kook or Amiel, nor is the Religious Zionist camp likely to publish the thoughts of Rabbis Elchanan Wasserman or Yosef Yitzchak Schneersohn. The lines of division in the ranks of Orthodoxy have hardened over the last half-century. We are all the poorer for that, and this is a cause of tears for me.

There are many reasons for this worsening situation in the observant Jewish world. The Holocaust is fading from the Jewish memory and consciousness. Initially, the Holocaust served as a unifier in the Jewish world. Jews the world over came to the brutal realization that the Germans and their cohorts meant to destroy all Jews, irrespective of their religious observance or political orientation. Even though the aftermath of the Holocaust was terribly depressing, there was a feeling of Jewish solidarity, albeit engendered by the enmity of the world to our existence. There was also a kinship among the Holocaust survivors that transcended the political and religious differences that existed among them. The graduates of the University of Hell did not resort to finger pointing and blame upon their release. That type of vindictiveness and theological cruelty was postponed until the next generation. Thus the bitterness and exclusivity that mark today’s debate in the observant Jewish world did not yet manifest themselves in the twenty years that followed the Holocaust. The Jewish world then lay in tatters. The task of restoring it was monumental, almost unachievable in the eyes of many. Every faction of Jewry was necessary to contribute to this goal. Therefore the exclusivity of “only me and my group” was not nearly as prevalent then as it is today.

Another major factor that contributed to the tolerance and acceptance was the weakness, in numbers and influence, of observant Jewry in the 1950s. In America, the Conservative movement was at high tide and dozens, if not hundreds, of Orthodox synagogues were swept away to become part of the Conservative movement. I vividly remember that my father told me to go to law school because he did not see any future in the Orthodox rabbinate in America. I remember the great European-born rabbis, then in Chicago, going house-to-house, literally begging parents to send their children to the then-fledgling, struggling day schools in the community. And then tuition was minimal or mostly non-existent! At the time, the day school classroom included children of Chassidic rebbes, of modern professionals and of those who came from non-Sabbath observant homes. There are many heads of yeshivot and Jewish schools today who would be unable to obtain admittance to their own schools if today’s exclusivity standards would have been enforced when they were students. And the tragedy is that the irony of this situation is lost upon most of them. In the 1950s the relatively small number of Sabbath-observant families were united in attempting to protect and promulgate their tradition. Divisions existed within the group but there was no demonization, exclusivity or separation from the others in the group. The wide rifts in the Orthodox community today are the products of the success of the unifiers of the previous generation in preserving Torah and tradition. Today every Orthodox group is, thank God, numerous enough to live on its own and thus sees no reason for communicating or cooperating with any other group. The Duke of Wellington once ruefully remarked that the only thing more dangerous than defeat was victory. That is quite clear in our community.

Finally, the State of Israel was a unifying factor in Orthodox Jewish life. Even though many of the great Orthodox leaders were fervent anti-Zionists, the reality of the State’s existence and the fact that it provided a haven for millions of Jews were sufficient in unifying all factions in helping to build the Jewish community in the Land of Israel. Rabbi Yosef Kahaneman, the Ponevezher Rav, told me that he flew the Israeli flag from the roof of his yeshivah building in Bnei Brak on Yom Ha’atzmaut. When some locals complained about this, he answered them with the following: “I flew the Lithuanian flag on the roof of my yeshivah in Ponevezh on Lithuanian Independence Day. My friends, it is no worse here.” But there has arisen a generation that somehow does not believe that “it is no worse here.” A sinister deprecation and even opposition to the State exists today in many circles across the entire spectrum of Orthodoxy. And thus the State of Israel, its very existence, has somehow become a fault line in the Orthodox world.

Politics has also changed the perceptions of the Orthodox Jewish world. The competing struggle for funds, both governmental and private, the necessity for constant electioneering, the differing religious parties in Israel and their partisans in the Diaspora have all contributed mightily to fraying the unity of the Orthodox world. A generation raised on negative campaigning, demonizing one’s political foes and the imposed tyranny of conformity is hardly likely to be willing to hear or see any good in its political opponents, no matter how pious or righteous they may be. The creation of the term “Chareidi” in the 1980s has had a disastrous effect on Orthodox unity. The Religious Zionist movement invented it as a way to refer to their political foes in the Orthodox world. Chareidim have transformed the pejorative term into a badge of pride. Both sides are today replete with uniforms, rabbinic authorities and the mantles of infallibility and self-righteousness. They are mutually exclusive groups, refusing to live in the same neighborhoods or to share the same schools and teachers, somehow consciously ignoring the ninety percent that unites us in favor of the ten percent that divides us. A great rabbi in the 1920s stated that one should not imagine that religious politicians would behave any differently when in power than those politicians who did not profess to being religious. And so it is. What a pity.

History has a way of forcing Jews to come together. But the means employed by history are not usually pleasant. The rabbinic and lay leaders of the Orthodox community, in all of its factions and divisions, should take a good hard look at the current societal situation and speak out about it. Of course they will be criticized, and perhaps even terrorized, by some within their own groups for doing so. Nevertheless, the responsibility of leadership is theirs. The Orthodox public generally should demand a more civil discussion, a tolerance of others and a rejection of extremism and misguided fanaticism. All of this may be wishful thinking on my part. But there is nothing wrong about wishing for better times and a more harmonious Torah world. Wishing is still much better than weeping.

Rabbi Wein is morah d’atra of Beit Knesset HaNassi in Jerusalem and director of the Destiny Foundation. He is also senior lecturer in Talmud at Ohr Somayach and a contributing columnist to The Jerusalem Post. He is the author of the newly released book Tending the Vineyard: The Life, Rewards and Vicissitudes of Being a Rabbi (Brooklyn, 2007).

5 1 vote
Article Rating
This article was featured in the Summer 2007 issue of Jewish Action.