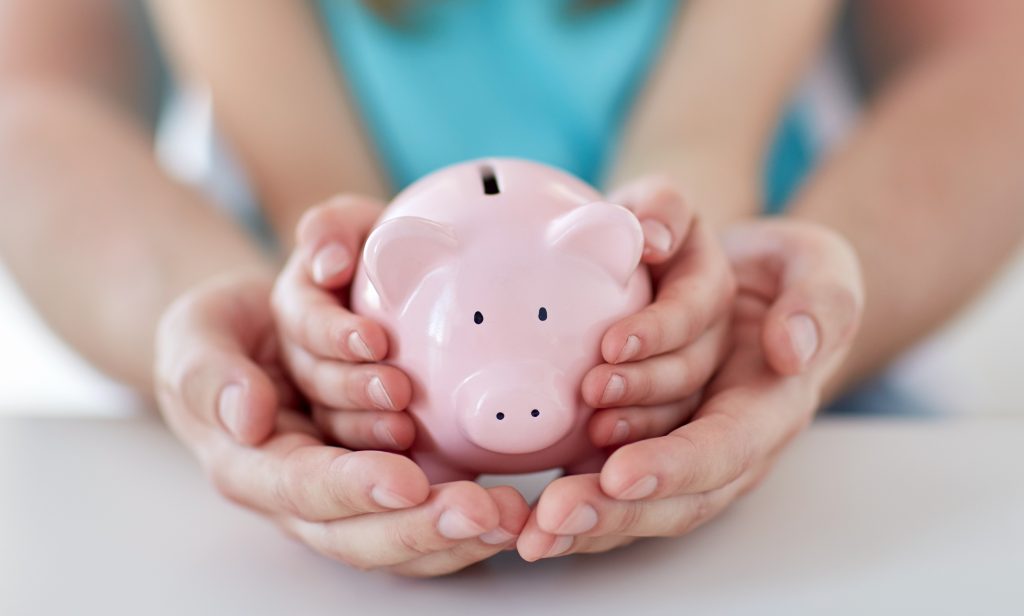 When should parents start talking to their kids about money? Even five-year-olds can begin to learn how to handle money responsibly, say experts.

“How we spend our money is an area where children see what we value most. If we value Jewish education, then we’re paying for it. If we value going to Disney World, we’re paying for that,” says Rifka Lebowitz, a financial consultant specializing in personal and small business finance. “Torah values go hand in hand with how we deal with money.”

Lebowitz, who lives in Israel and spends her days helping people live financially smarter, states that children pick up on their parents’ attitude towards money through their words and actions. When they see their parents immediately budgeting out a portion of their paychecks to tzedakah, it makes an impression. Lebowitz, whose Facebook group “Living Financially Smart in Israel” boasts more than 24,000 members, recommends that children be instructed to do the same with the money they receive on birthdays.

Children need to learn that money is not a goal unto itself, but a valuable tool to help us fulfill our obligations as Jews. Lebowitz emphasizes that these messages should be conveyed positively. For example, she says, parents can say things like: “Hashem gave us mitzvot to perform with our money.” “We have an opportunity to work to make money so that we can feed our family, celebrate Shabbat and yamim tovim and help others do the same.”

The neighborhood in which one lives plays a significant role in how children learn about money, says renowned educator Rebbetzin Tziporah Heller. It’s common in Jerusalem, she explains, to send young children to the makolet (the grocery store) with a shopping list even before they can read it.

“They see what money buys,” she says. “That’s the first step. Then you teach them how one earns money to begin with.” She advises parents to explain to children that when people provide a service for you, you need to pay them. Parents should then demonstrate the concept. For example, children should see their parents paying the babysitter.

By the age of eight or nine, a child is mature enough to understand the idea of saving and budgeting. Parents should involve their children in some of the family’s financial decisions.

“Before yom tov, I use Monopoly money and say, ‘Okay we have this amount of money to spend. What’s most important to us?’” says Lebowitz. “Lots of new clothing or going on a trip? If we spend everything on new clothes, we won’t be able to go on the trip.” She advocates including children in the planning of their semachot, to give them the budget and have them decide whether it’s more important to have balloons or fancier decor or a DJ.

Children need to learn that money is not a goal unto itself, but a valuable tool to help us fulfill our obligations as Jews.

Rebbetzin Heller concurs that at this stage children are ready to learn that if you spend the money on one item, you won’t have it to spend on something else. While traveling to the north of Israel with one of her daughters, they passed a convenience store. She gave her daughter fifteen shekels and instructed her to spend it on her choice of snacks and added that they wouldn’t be stopping again for more.

“She realized she could buy some incredible ice cream treat and have nothing left to spend, or buy several other items,” says Rebbetzin Heller. “Give your children money and make it clear that they have limited funds to buy what they want. Then let them make the decisions.”

But don’t children notice that others have more to spend on what they want? How should parents address the inevitable envy a child feels when he notices that his peers have more than he does?

“It’s a fact of life; no matter who you are, there will always be someone who has more. How you view it will make an impact on your child,” says Lebowitz. “Don’t say: ‘Our neighbor just got a new car, and we can’t afford a new one.’ Convey that ‘we are grateful for what we have,’ and that it is a Torah value to be happy with [what Hashem gives us].”

For teenagers, the challenge of envy is compounded by their natural impulsivity, says Rebbetzin Heller. Adolescents continue to expect their parents to provide the money they need for whatever they want, and feel slighted if their appeals are turned down.

“Teenagers want their desires to be your priority. If you don’t give them the money requested, they interpret it as not being loved,” she says. “It’s important to clarify that there are things that we need and things we want. We need to pay rent and pay the water bill. You could explain that things that cost money bring happiness for only a brief amount of time. Encourage them to pursue experiences that bring lasting satisfaction, such as hikes, visiting friends, or doing chesed.”

If a child tends to fritter away money, Lebowitz recommends encouraging him or her to save up for something that he or she really wants. She accentuates that the parents’ approach to saving makes the greatest impact.

“Mention that you are saving for their weddings or for a family vacation,” she says, “an occasional comment that you [accumulated] money so that the family can do this or that. Teaching them the value of saving, and showing pride in them when they do, works [wonders] on their impulsivity.”

Lebowitz, whose clients include some exceptionally wealthy individuals, points out that the Torah doesn’t view affluence as a negative.

“It’s all about using it for the right things,” she says. “One of my clients is very wealthy, but she lives simply. The amount of giving she does quietly is incredible. It’s a value, a virtue; it’s who her parents were and the message she grew up with. That education went a long way.”

5 2 votes
Article Rating
This article was featured in the Winter 2018 issue of Jewish Action.