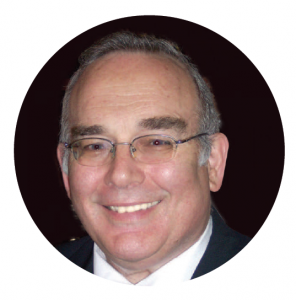 Many of you are probably aware of the fact that when Jewish newspapers came about in the 1800s, there was rabbinic opposition to the “new media.” Some rabbis saw newspapers as a waste of precious time. Others had a different view, and foresaw the potential of print media to inform, educate and influence.

Since those days, Orthodox print media have formed a robust and growing mini-industry of their own. Visit any supermarket or grocery store located within a thriving Orthodox community and you’ll find an impressive array of thick newspapers and glossy magazines lining the shelves, all geared for the frum home.

Thus, frum media have an opportunity—or maybe even an obligation—to highlight the many wonderful positive aspects of religious life.

In contemporary society, what purpose do Orthodox print media serve? That’s a question that came up repeatedly as we worked on our cover story. Some would say that quality Orthodox publications help keep the community informed without compromising religious standards; others point to the value of having a forum in which to raise serious and sometimes pressing societal concerns such as abuse, addiction and the various issues confronting Orthodoxy; still others feel that such publications provide an ideal platform for furthering Torah views and ideas on contemporary issues.

But in addition to all of the important goals listed above, Orthodox media should have an entirely different focus as well.

It should be obvious that we cannot rely on the secular media to accurately depict the complexity and diversity of contemporary Orthodox life. While it’s unfair to expect an “outsider” to truly get it, it seems that some secular publications fail to engage in objective, honest reporting when it comes to portraying Orthodox life.

Thus, frum media have an opportunity—or maybe even an obligation—to highlight the many wonderful positive aspects of religious life. Why is it, for example, that no reporter cares to cover the full-time working Orthodox mother of six who runs several gemachs out of her garage in her “spare time”? Why is she deemed un-newsworthy? Why is it that the countless “Bikur Cholim” rooms in various hospitals throughout the tri-state area that are fully stocked with an array of delicacies for kosher visitors—including Shabbos meals of chulent and kugel—don’t warrant coverage?

We need to open a window into the beautiful world that is Orthodox Judaism; to tell about the ongoing tzedakah and gemilus chasadim, the altruism and selflessness that form the bedrock of so many Orthodox communities around this country. We need to remind the broader Jewish world and we even need to remind ourselves what our community is truly about: faith, strength, ahavas Yisrael, resilience and integrity. In this very issue, in fact, we describe how the Atlanta Orthodox community spearheaded the effort to feed, house and welcome roughly 1,500 Jewish Floridians who fled Hurricane Irma. Similarly, in Houston, in the aftermath of Hurricane Harvey, when kosher food was scarce, a number of mostly Orthodox organziations based in Dallas banded together to prepare 2,000 Shabbos meals for the residents of Houston. Subsequently, Seasons Kosher grocery stores donated items and partnered with the OU, Amudim and Achiezer to send a convoy of trucks to Houston to deliver much-needed supplies. And, in the wake of Hurricane Maria, the OU contributed funds to New York Governor Andrew Cuomo’s relief fund to assist in resolving Puerto Rico’s water and utility crises.

Yes, Orthodox media can educate, inform, and every so often, even entertain. But our primary mission should be to highlight the extraordinary aspects of religious life, to tell the stories of those who are making a kiddush Hashem, to inspire and uplift our readers and make them proud to be a part of such an extraordinary klal.