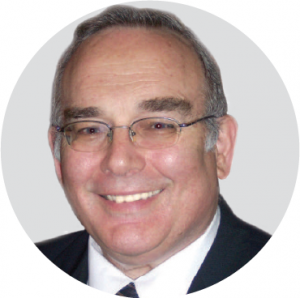 I often find that the articles in the magazine resonate with me on a personal level, and this issue is no different. Reading Rabbi Judah Mischel’s stirring account of how the Lubavitcher Rebbe, Rabbi Menachem Mendel Schneerson, profoundly influenced his life and that of his family transported me back to the 1980s. As I read the article, written in honor of the Lubavitcher Rebbe’s twenty-fifth yahrtzeit, I recalled the Sunday afternoon that I stood on line along with hundreds of others waiting to get a crisp dollar bill from the Rebbe. During my all-too-brief encounter with the Rebbe, he handed me the bill and gave me a blessing for success. Although it’s been many, many years since then, the memory of that meeting is vivid in my mind and I can still see the Rebbe’s penetrating blue eyes before me. Looking into his eyes, I felt as if I were looking into eternity. In fact, I had a similar experience when I met with the Satmar Rebbe some years earlier. (On Simchas Torah, my friend—now Rabbi Moshe Friedman, a retired rabbi in Toronto—and I visited the Satmar Rebbe, and were mesmerized by the same penetrating blue eyes.) Both of these great and holy men were spiritual giants who dedicated their lives to rebuilding the Orthodox world in the aftermath of the Holocaust, and I feel privileged to have been in the presence of both.

Our cover story also resonated deeply with me. Months ago, when we planned our Rosh Hashanah issue, we thought the topic of change would be especially appropriate. We all know change is hard (think about your last diet), but the question we posed to prominent mental health professionals, educators, rabbis and rebbetzins was far more basic. We asked: is it even possible for one to make permanent, lasting change?

Why does this particular topic speak to me? Because in my day-to-day work, I see people struggling to make changes all the time. Those who end up in the homeless shelters I run in New York City are, for the most part, down on their luck and in a state of desperation. But with much help and support from our team of social workers and mental health professionals, some succeed in making dramatic life changes. Not everyone changes for the better; in fact, the majority don’t. But there are those who end up in the shelter system and say to themselves: I want to be in my own home and I never want to end up in this dire situation again. These are the people who end up making radical and lasting changes.

In my day-to-day work, I see people struggling to make changes all the time.

One story in particular stands out in my mind. A woman with seven children had just lost her husband to cancer. Alone and without a means of support, she was unable to pay her rent and ended up in our shelter. Not surprisingly, her oldest child, a teen, seemed to be suffering from depression. The girl was sullen and despondent. But after much counseling and assistance, she underwent a complete turnaround. She decided she wanted something better for herself. She didn’t want to spend the rest of her life in a shelter. She threw herself into her school work. She worked hard. Whereas once she had been a failing, indifferent student, her grades now improved dramatically. So did her attitude. The teachers and the school administrators took notice. Ultimately she graduated as valedictorian of her high school, was subsequently awarded an academic scholarship and is currently studying in a university in upstate New York. Her family is on their way to permanent housing as well. This young woman succeeded because she recognized that her future was, to a large extent, in her own hands.

While the changes most of us tend to make are not as dramatic as this young woman’s, that doesn’t mean they are any less significant. We too must recognize that our futures are, to a large extent, in our own hands. We can decide if we want to work on not losing our temper and becoming more patient and understanding. We can choose to focus our energies on family and relationships rather than on acquiring wealth and material things. We can decide to become better spouses, better parents, better children. We can make it a priority to pay more attention when davening, and to devote more time to learning each week. Our spiritual destinies are forged by the decisions we make to grow and change. Who we are—and who we choose to be—is up to us.

As the very word teshuvah implies, this is what the Yamim Noraim are all about—shifting our focus, realigning our priorities, returning to our ideal spiritual selves.

Wishing all of you a shanah tovah umetukah.