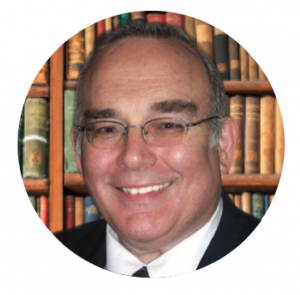 “The Jewish people are masters of resilience,” writes Sherri Mandell, the author of The Road to Resilience.

And, indeed, if there’s one topic Sherri knows about, it’s resilience. In 2001, during the second intifada, Sherri’s thirteen-year-old son Koby and his friend Yosef Ishran took off from school to go hiking near their settlement of Tekoa. The boys were found a short time later in a cave, murdered by Palestinian youth who bludgeoned them with rocks. In the agonizing aftermath of their son’s murder, Sherri and her husband, Seth, taught us all the meaning of resilience. In their desire to “put back into the world some of the goodness that was snatched away,” the couple set up the Koby Mandell Foundation, which offers support to families of terror victims. Its flagship program is a sleepaway summer camp for bereaved children, which has impacted thousands of children.

What is the meaning of resilience? What is Jewish resilience? This is one of the central themes in this issue. We look at different challenges that faced our people and see how Jewish communities exhibited, in the words of famed author and lecturer Rabbi Berel Wein, who is interviewed in this issue: “the ability to accept defeat and tragedy, to see beyond the present and to persevere with emunah, belief and a vision for the future.”

It is this inner strength, this almost-obsessive desire to prevail, that I witnessed growing up in Williamsburg in the fifties and sixties. Most of the Jews I knew—the butcher down the block, the middle-aged couple who lived next door, the cab driver we frequently used—had numbers on their arms. These were the holy members of the She’erit Hapleitah, the Jews who came to these shores, mostly penniless and broken, but with determination, endless courage and remarkable emunah started over, building lives, families and entire communities. The generation of the Shoah and the one right after it, asserts Rabbi Wein, serve as “the greatest example of resilience in Jewish history.”

Of course, they could not have been so successful in rebuilding without siyata d’Shmaya and without being blessed with tremendous leaders. “Across the gamut,” says Rabbi Wein, “those leaders—the great Chassidic rebbes including the Klausenberger Rebbe, as well as roshei yeshivah such as Rabbi Aharon Kotler and Rabbi Dr. Samuel Belkin” . . . persevered and succeeded in changing the face of American Orthodoxy.

And this brings me to the second major theme of this issue: leadership. We are honored to publish an article by Rabbi Dr. Warren Goldstein, chief rabbi of South Africa, where he discusses authentic leadership and the need to rebuild, as the coronavirus and the lockdown have taken their toll on our communities.

While preparing this issue, we heard the devastating news about the petirah of Rabbi Dr. Norman Lamm, who was a cherished friend of the OU. What was Rabbi Lamm if not a quintessential Jewish leader? Rabbi Lamm was gifted in so many ways—as an orator, a scholar, a teacher, a fundraiser and an administrator. He also had an intense passion for strengthening Jewish life—it was perhaps this quality that made him so successful. One of the most moving essays I have read about Rabbi Lamm, which appears in this issue, was written by Paulette Ruth Fein Lieberman, who remembers Rabbi Lamm from when he served as rabbi at Congregation Kodimoh in Springfield, Massachusetts in the 1950s. At the time American Orthodoxy was overshadowed by the stronger, more powerful non-Orthodox movements, and it was difficult to keep young people within the Orthodox fold. “I was a teenager searching for answers and support,” writes Lieberman, “and it was Rabbi Lamm’s sermons that gave me the courage and ammunition to hold my own.” Rabbi Lamm saved Yeshiva University from bankruptcy, but even more impressively, he saved Jewish souls.

While on the topic of leadership, I want to take this opportunity to bid a personal farewell to Allen Fagin, who recently retired from the position of executive vice president of the OU. It is no secret that Allen, who served as chairman of Proskauer Rose LLP prior to assuming the position at the OU, made professionalizing the OU a top priority. Allen is a true leader who has grown the organization in tremendous ways with vision, determination, tenacity and good old hard work. I wish him much hatzlachah as he enters a new stage of life.

I would also like to welcome the talented new leadership team—Rabbi Moshe Hauer and Rabbi Dr. Josh Joseph, both of whom bring extraordinary experience and expertise to the OU;
I look forward to working together
with them.

Finally, I must bid farewell myself to you, our readers. While I will continue to serve in my role as chairman of Jewish Action, this is my last “Chairman’s Message,” as we make way for the new leadership to express their vision and ideas in these pages. I have thoroughly enjoyed sharing my thoughts and impressions in this column over the past decade and have especially appreciated hearing your feedback. Please continue to write to me at ja@ou.org.
Kesivah vechasimah tovah!