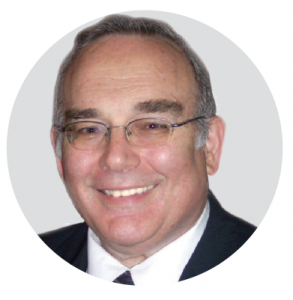 In 1923, at a time when American Orthodoxy was fragile and insecure, an event took place that would change the face of American Jewish history. This event, sadly overlooked in many history books, was the creation of the OU Women’s Branch. Why was this event so significant? Because its creation spurred many revolutionary developments that served to strengthen Orthodox life in this country.

It’s important to remember that in the early part of the twentieth century, the Reform and Conservative movements in America were significantly larger and stronger than the Orthodox. There was no day school movement, no organized kosher certification program and very little of the infrastructure that we take for granted today. It is not for nothing that religious Jews in Europe were fearful of immigrating to America, dubbed the treife medineh; many lost their way religiously upon entering these shores.

So much needed to be done to build Orthodoxy in this country. But leadership and vision were necessary.

These qualities were evident in Rebbetzin Julie Hirsch Klein, Rebbetzin Rebecca Goldstein and the other remarkable women who helped build the OU Women’s Branch. Kashrut, at the time, was riddled with corruption. Products bore manufacturers’ or advertising agencies’ unsupported claims of being kosher; others cited endorsements by “rabbis” whose qualifications were questionable. The Orthodox homemaker was at a loss, unable to identify which products were legitimately kosher. In the 1920s, the Women’s Branch began pressuring the OU to expand its efforts in the field of kashrut. The OU, led by Rabbi Herbert Goldstein, Rebbetzin Goldstein’s husband, agreed. As the first not-for-profit public kosher certification service, free of the element of personal gain, the OU ultimately succeeded in revolutionizing the kosher food industry.

But the women didn’t stop there. They knew that without providing the youth with a Jewish education, Torah Judaism could never survive. So they invested their time and energy in fortifying and supporting talmud Torahs—the primary vehicle of Jewish education prior to the day school movement. Aware of the need to provide a solid Jewish education for women and to enable them to play a central role in organized Jewish life, in 1928 the Women’s Branch established the Hebrew Teachers’ Training School for Girls in New York City, a school providing higher Jewish education for young women.

In this issue, we celebrate the achievements of the Women’s Branch (see “Paving the Way for Women’s Leadership” on page 18), which recently closed its doors after ninety-five years. But truthfully, the Women’s Branch has not ceased to exist; it has simply been reinvented with a new focus and an ambitious agenda. This past year, the OU established the Women’s Initiative, a department under the leadership of Rebbetzin Dr. Adina Shmidman dedicated to addressing the needs of twenty-first-century Orthodox women. A dynamic community leader and teacher for more than two decades in New York, Alabama and Pennsylvania, Rebbetzin Shmidman, whose doctorate is in educational psychology, also serves as rebbetzin of the Lower Merion Synagogue of Bala Cynwyd, Pennsylvania. Following in the footsteps of Rebbetzins Klein and Goldstein, Rebbetzin Shmidman is sure to bring her vision, dynamism and creativity to enhancing and enriching Jewish life for Orthodox women throughout North America.

In the pages ahead, Rebbetzin Shmidman discusses with Nancy Klein, granddaughter of Rebbetzin Klein, some of the extraordinary achievements of the forward-thinking, energetic women behind the Women’s Branch. I hope you enjoy reading about this little-known chapter of American Jewish history as much as I did.

A special thank you to Binyamin Ehrenkranz, our Editorial Board member who conceived of and helped edit this fantastic “How-To” issue. This issue, which I’m sure many readers will stash away and refer back to again and again, provides detailed guidance on a range of relevant topics, from how to be menachem avel (by Rabbi Elchonon Zohn, the well-known founder and president of the National Association of Chevra Kadisha) to how to host Shabbos guests (by the Klatzkos, founders of Shabbat.com). I have personally found the advice in some of the essays to be extremely valuable (especially the one by Rabbi Berel Wein on how to deliver a devar Torah!).

In this issue we also explore the trend of Israeli Chareidim—both men and women—joining the high-tech industry and what this means for Israel’s future. Barbara Bensoussan takes a look at Sephardic Kinot and the unique Moroccan traditions on Tishah B’Av, and Sarah Rindner visits the Museum of the Bible in Washington, DC, and questions whether religious visitors have anything to gain from this fascinating enterprise. Finally, this jam-packed issue includes our usual array of thought-provoking book reviews and scrumptious recipes.

Before signing off, I want to wish you all an enjoyable summer and remind you to send all comments and feedback to ja@ou.org.