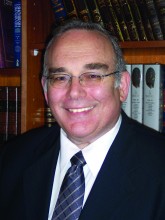 A well-known advertising guru once told me that it’s not enough to come up with a good idea. Ideas are born every day. To be really successful, he cautioned, you must be willing to develop and nurture the idea, and ultimately, implement it. As religious Jews, we all have aspirations of improving ourselves and devoting our lives to helping our fellow Jews, yet we usually satisfy these ambitions with financial contributions. To attain these spiritual goals, we must be prepared to take a germ of an idea and bring it to life. Bill Gates had a breakthrough idea, but if he hadn’t had the perseverance, the determination and the vision to see it through, coupled with the capacity to bring all the components together, Microsoft would not be what it is today, and Gates would not be one of the richest men in the world.

In the world of Jewish ideas, there are untold numbers of ordinary Jews who have taken simple yet profound messages that are found in our Torah tradition—such as ve’ahavta lerei’acha kamocha—and have tirelessly worked to turn these ideas into action, the results of which are truly extraordinary. On the following pages, we present profiles of various such individuals, most of whom are not well known yet have made enormous contributions through their dedication to chesed. We hope after reading their stories, you will be inspired to take the lead in nurturing breakthrough ideas in your own home, your own shul and your own community.

Also in this issue, best-selling author Yitta Halberstam also takes us into the mind and soul of Walid Shoebat, a former PLO terrorist who repented, converted to Christianity and now travels throughout the United States, Canada and England advocating on behalf of Israel and the Jewish people. With Islamic terrorism on the rise and the never-ending instability in the Middle East, Shoebat’s message is refreshingly hopeful—it’s about the capacity for change and the potential goodness that lies in the heart of every human being.

This issue also brings us up close with one of the most charismatic and successful Jewish political leaders in our day—Malcolm Hoenlein, the executive vice chairman of the Conference of Presidents of Major American Jewish Organizations. Popular journalist Michael Freund interviews Hoenlein, a twenty-first-century shtadlan, who, while representing the interests of world Jewry with diplomacy and skill, makes a kiddush Hashem wherever he goes.

Finally, in preparation for Pesach, we offer our readers an in-depth look at the complexities of kosher wine production—from grape crushing to bottling—and a survey of the latest Haggadot on the market, with a mix of both scholarly and popular works that are sure to enhance any Seder.

We are also excited about introducing our newest department: kosher@work, where readers can have their work-related kashrut questions answered by the OU Kashrut Department.

We’re constantly on the lookout for stories that are of particular interest to our readers. Not surprisingly, many of our best story ideas come from loyal readers like you. Feel free to get in touch with us by sending an email to ja@ou.org. Best wishes for a chag kasher vesameach to everyone!