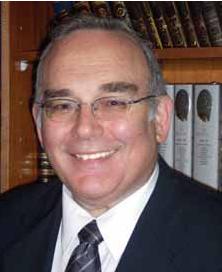 As I sit down to write this message in early November, the front page of today’s New York Times blares, “Report Shows a Mere 80,000 Jobs Added in US in October.”

“A gain of 80,000 jobs is barely worth celebrating,” the writer somberly notes. Indeed, with 14 million Americans out of work and an unemployment rate of 9 percent (the jobless rate averaged at 4.6 percent before the recession), I could see why the journalist was not terribly optimistic.

The sluggish economy is wreaking havoc on many families in our community. With the extraordinarily high costs of contemporary American Orthodox Jewish life—kosher food, large families, housing within walking distance of a shul, and, of course, tuition—so many frum families were barely making ends meet even before the 2007 recession. In our cover story “The New Economic Reality,” we explore how the economic downturn is affecting frum commuities across the country.

At the same time that our community is confronting these crushing economic challenges, we are also finding that a growing number of young people are spiritually apathetic. In Rabbi Dr. Jay Goldmintz’s article in a recent issue of Jewish Action, he bemoans the spiritual lethargy he witnesses among Modern Orthodox youth. “We in the Modern Orthodox community don’t like to talk about this,” he confesses, “but many of our teenagers do not attend shul on Shabbat morning.” While this phenomenon is far from universal, is it acceptable for even a minority of frum teens to languish in bed during keriat HaTorah? What kind of Shabbat is it for a fourteen- or fifteen-year-old who spends Shabbat morning not praying with a minyan but reading comic books? In this issue of Jewish Action, a number of prominent rabbis respond to Rabbi Goldmintz, offering their thoughts and opinions on the problem of spiritually uninspired youth.

Our response to these two seemingly disparate challenges—the economic crisis and the spiritual indifference among our youth—should be the same.

What do I mean? I am writing this message shortly before Parashat Lech Lecha will be read in shul. In this parashah, Avraham, our patriarch, is told: “Go forth from your land and from your birthplace and from your father’s house to the land that I will show you.” Avraham was instructed to leave his father’s house and follow God to an unknown destination. According to many commentators, this was one of Avraham’s ten trials. Avraham did not protest, he did not question God. He left his father’s home, and all that was familiar to him, to face an uncertain future.

In truth, we are all Avrahams. None of us can predict tomorrow. The economists of today may say that the recession will linger for years, but tomorrow they may say that the economic slump is over and the unemployment rate is down to 2 percent. None of us can tell what the future holds, but we must have the fortitude to persevere, to face the future without knowing, without certainty.

We must have the faith of Avraham—Avraham believed God would show him the way and He did. God will show us the way, too.

Jewish history is full of ups and downs, of times of bliss and times of tragedy. It is one long compelling story of adversity, challenge and—resiliency. Yet Avraham instilled in us, his spiritual progeny, the ability to face the challenges—both physical and spiritual—that afflict our people.

The Jews, wrote famed historian Paul Johnson, are the most tenacious people in history. And indeed, we are. Throughout our millennia-long history, have we never faced financial struggles? Were our ancestors—in the shtetls in the Pale of the Settlement or in the villages of Yemen—unfamiliar with financial woes?

Today, our children might not want to pray; perhaps they feel disillusioned with and disconnected from their heritage. Is this a new phenomenon in Jewish history?

Whether we are parents, grandparents, educators, or community members, we are the bearers of mesorah, of Jewish tradition, and we cannot afford to throw up our hands in defeat. This was never the Jewish response to travail.

The words “lech lecha,” as I heard from Rabbi Dr. Tzvi Hersh Weinreb, executive vice president, emeritus of the Orthodox Union, literally mean, “Go to yourself.” We need to find ways to help our young people discover their most authentic selves.

If we can touch their pintele yid, their inner spark, there will be no need to drag them to shul. They will run.