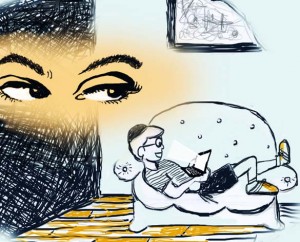 “But everyone has one!”
“I’m the only one in my class without a (fill in the blank).”

It’s that time of year again; the pressure on parents to find meaningful Chanukah gifts for their children converges with the social pressure to purchase the latest and greatest gadgets. Tablets and cell phones top the list of tech gifts, and the availability and affordability of personal mobile devices make it increasingly common to see children as young as first grade with their own portable devices. A recent study out of England conducted by Childwise Research found that most children aged seven to eleven own an electronic device of some kind (93 percent), including more than two thirds (69 percent) who have a tablet computer and three in five (59 percent) who own a gaming console like an Xbox or a Wii.1

In 2014, The Digital Citizenship Project, a program I founded that promotes healthy and responsible use of technology, surveyed a sample of Jewish day school students from New York and Florida and found that nearly 70 percent of the middle school respondents owned a smartphone and 59 percent owned a tablet. However, only 15 percent had some form of parental control devices activated and only about half of children (55 percent) said their parents had spoken with them about “ways to behave towards other people online” and about their behavior on their cell phones.2 What we are seeing play out is the ubiquitous nature of technology, the pressure on parents to keep their kids technologically relevant and the challenge of effectively managing children’s technology ownership and use in a healthy and responsible way.

Parents often ask me, “What is the right age at which my child should get a cell phone?” or “Which is a better device for my child, a Kindle or an iPad?” My response is always the same: the age of the child or type of device is less important than how you introduce and oversee your child’s use of that device. Giving a portable device to a ten-year-old while providing policies, procedures, expectations and consistent follow through is far better than giving that same device to a fifteen-year-old without providing any parameters whatsoever.

I was recently working with a child who was struggling academically and having a hard time focusing in class. In the course of my conversation with his parents, I discovered that this sixth grader was frequently up until 3:00 in the morning playing on his iPad. When I suggested to the mother that her child should be responsible to bring her the iPad every night at 10:00 pm, she responded, “But it’s his.” This is perhaps one of the greatest challenges facing parents these days: managing their children’s technology in a generation of entitlement. 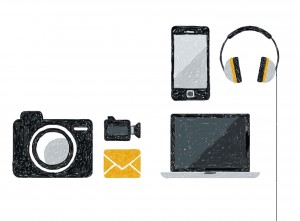 Filters: A Double-Edged Sword?
Recent communal efforts to promote filters and monitoring software have served as a double-edged sword. Organized campaigns to encourage the use of filters and monitoring software have created an awareness of the benefits of this important tool, but have also given us a false sense of security by making us believe that these tools alone minimize the negative impact of technology. Filters and software are critical for effectively managing our children’s technology use, but without clear parental guidelines and policies, we are missing the bigger picture of technology’s impact.

For most people, the term “responsible technology use” is limited to protecting children from the dangers of the Internet, such as graphic content or online strangers. The truth is, however, that technology presents a host of challenges beyond Internet content and stranger danger. It presents very real risks in the social, psychological and behavioral realms. In these areas, filters are ineffective.

So what is the answer? Teaching children to be responsible digital citizens. There is no question that technology adversely affects our children socially. It conditions them to be distracted, severely limiting their social skills development. We have all witnessed groups of teens sitting together, but separately engrossed in their own portable electronic devices; iTeens are particularly vulnerable to becoming disconnected from the world around them and missing opportunities to make meaningful connections with one another.

Our children are digital natives while we are the digital immigrants, and the challenges of raising healthy and socially competent children are great.

Perhaps most distressingly, technology enables kids to easily exclude or act aggressively toward their peers. A 2011 research study by the Pew Research Center found that 88 percent of social media-proficient American teens have witnessed other people being mean or cruel online.3 Our yeshivah community is not immune to this form of aggressive behavior. In a recent study on cyberbullying in Modern Orthodox Jewish middle schools across the country, students reported engaging in cyberbullying at similar rates to students in the secular population, roughly between 9 and 12 percent.4

In 2013, Quantified Impressions, a communications analytics company, found that even adults are experiencing a decline in the quality of their social interactions by only making eye contact 30 to 60 percent of the time in an average conversation, with much of that time being taken up by checking texts and e-mails on their cell phones. Ideally, people should be making eye contact 60 to 70 percent of the time to create a sense of emotional connection.5 Rabbi Raphael Pelcovitz, rabbi emeritus of Congregation Kneseth Israel (“The White Shul”) in Far Rockaway, is fond of saying that “advancements in communication have not been matched by the art of connectivity.”

iAddiction
While digital technology is merely a distraction for many, for some kids it can become an addiction. In other words, they engage in texting and social networking despite negative consequences. These consequences can include loss of social relationships as a result of intrusive and overbearing texting, inability to reduce texting behavior, failure to fulfill real-world obligations and a departure from communal norms.

Tamyra Pierce, a professor and director of social media and integrated marketing at California State University, understands this type of texting to be a result of social anxiety, where individuals are more comfortable with the non face-to-face nature that digital technology offers and therefore become dependent on it for their social connectivity.6 This might also offer some insight into the issue of “half-Shabbos,” whereby otherwise Shabbos-observant teens engage in social networking and texting on Shabbos. For some teens, the idea of separating from the device that provides them with their primary avenue for anxiety-free social engagement and reduces their fear about missing out on peer group social activities is just too much to bear. If we want to deal with the half-Shabbos issue, we need to address the overwhelming sense of anxiety that some adolescents experience when forced to be without their devices.

Kids should also be made aware of the public and permanent nature of one’s digital footprint. A digital footprint is comprised of the remnants of online posts, comments, social media conversations, tweets and even web browsing history. Pretty much anything that is done online can shape an observer’s opinion of an individual. In the coming years, one’s digital footprint may have as significant an impact on one’s career opportunities as his academic performance. Furthermore, as an individual’s digital footprint becomes more searchable and available, its impact will be even greater. Children today are often unaware of how much of an effect their comments, posts and opinions can have on others and themselves. Their impulsive and uninhibited actions can result in unanticipated consequences both immediately, as well as far off in the future.

iEverything Parenting
How can we help children maximize the benefits of technology while minimizing its inherent risks? Technology education expert Temima Feldman offers a few suggestions:
1. Have a set time when devices (cell phones, iPads, tablets, et cetera) must be off and out of reach.
2. Have a central charging station where kids and teens have to leave their phones and iPads to charge overnight. This is one of the best ways to combat both sleep deprivation and late-night texting.
3. Set the tone in your house that technology use is a public activity—this includes a policy that requires doors to bedrooms to be open while technology is being used. This creates an environment of open communication.
4. Use the parental control options on your child’s devices.
5. Model the behaviors you want to instill in your child.
6. Most importantly, discuss with your child both your and their technology habits.

Additionally, I would add the following:
1. Get your kids involved in recreational activities that promote genuine interaction with family members and peers. A recent study out of UCLA found that pre-teens who participated in an outdoor education camp without their technology significantly improved their social skills and their ability to read social cues in only five days.7 The study suggests that not only can we prevent our children from becoming socially disconnected by reducing screen time, but reduction can also reverse its negative social impacts.
2. Help your child understand the public and permanent nature of digital communications and how they and others can really be hurt by it. Assist your child in creating a positive online footprint by going out of his or her way to communicate positive messages and use the digital realm to engage in tzedakah and acts of kindness.
3. Most importantly, maintain a healthy relationship and open communication with your children. Procedures and policies for children’s devices are most effective when carried out within the context of a positive relationship, which goes hand in hand with effective communication.

Children today are often unaware of how much of an effect their comments, posts and opinions can have on others and themselves.

Make the Relationship a Priority
There is no better way to manage your children’s technology use than by having a good relationship with them. Most likely when you ask your child when she comes home from school, “How was your day?,” she responds, “Fine.” And when you follow up with “What did you do today?,” she responds with, “Nothing.” Yet most of us, myself included, still occasionally engage in this disingenuous dialogue. Instead of the above, try things like, “Tell me about your day,” “Tell me the most interesting thing you learned today,” or “Who did you play with during recess?” These open-ended or detail-oriented questions will foster better communication and will ultimately make the rules and conversations about technology (and other topics!) that much easier.

Ours is the first generation of iEverything parenting. Our children are digital natives while we are the digital immigrants, and the challenges of raising healthy and socially competent children are great. But with a thoughtful approach and open communication, we can succeed in helping our children maximize the benefits of technology while minimizing its negative impact.

Dr. Eli Shapiro is a licensed clinical social worker with a doctorate in education. Dr. Shapiro is a noted writer and lecturer on family and community issues, and is the creator and director of The Digital Citizenship Project (www.thedigitalcitizenship.com).

Listen to Dr. Eli Shapiro discuss the challenge of our children’s technology at https://www.ou.org/life/technology/savitsky_shapiro.