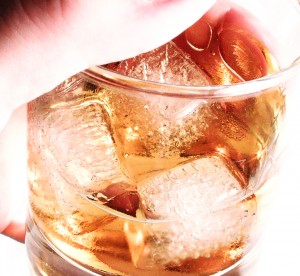 Drinking is very much a part of Orthodox Jewish life. At a shul kiddush, a wedding or a Bar Mitzvah, one is sure to find a host of alcoholic beverages including scotches, whiskeys and cordials. Yet, many Orthodox Jews do not realize that liquor—a seemingly natural product produced by distilling grain spirits—requires kosher certification.

Certification is necessary for a number of reasons. It is important to realize that all whiskey produced in the United States is taxed by the government. The amount of tax levied is based on the amount of alcohol in the bottle. An eighty-proof bottle of whiskey, for example, will be taxed less than a one hundred-proof bottle. (Proof equals ½ percent. One hundred proof is 50 percent alcohol.) Currently, distilled spirits are the most heavily taxed consumer products in the United States.1 Indeed, federal, state and local governments receive more than $18 billion per year in tax revenue from the beverage alcohol industry.2 In fact, one manufacturer told me that he pays more in taxes than he pays for the bottle, the material and the processing combined! In light of the high taxes levied on these beverages, manufacturers are constantly looking for legal loopholes that would enable them to elevate the alcohol content without incurring additional tax.

One such loophole involves inserting flavors—known in the industry as “blenders”—into whiskey. The ATF (Bureau of Alcohol, Tobacco, Firearms and Explosives) permits a bottle of whiskey to contain a blender as long as it does not constitute more than 2 percent of the bottle. The blender is usually at least 98 percent alcohol. The law then states the following: If when the blender is diluted to 14 percent alcohol it is deemed undrinkable, it qualifies as being tax-free. Essentially, this means the following: Blenders elevate the alcohol content of a beverage without increasing the amount of tax; understandably, most manufacturers tend to insert blenders into whiskey and thereby avoid paying tax on 2 percent of the alcohol in their products.

To kosher consumers, the obvious question is, “What are blenders made of?” There are several thousands of flavor chemicals and any one of them can be used in a blender, as long as it has been deemed “GRAS,” that is, Generally Regarded As Safe, by both the government and the flavor industry. Of course, some of these ingredients are not kosher. (Common non-kosher ingredients used in blenders are listed later in this article.)

But even if we ascertain that the blender in the whiskey is kosher, there may still be a problem: Since wine is taxed at a much lower rate than whiskey, oftentimes blended whiskey not only contains blenders, it contains wine. Wine raises the alcohol content without incurring the tax reserved for liquor. All of these issues present kashrut concerns. However, there are those in the kosher certification industry who maintain that blenders do not pose any kashrut problems. They base their belief on the following faulty reasoning: Since a blender is not drinkable at 14 percent, it is nifsal me’achilat kelev—not suitable for a dog to consume—and therefore blended whiskey need not have certification.

The use of alcoholic beverages is a primary example of something that our Torah permits, yet prescribes definite limitations. In fact, there are Scriptural references, which are reinforced by Chazal in numerous ways, concerning the need for moderation in drinking alcohol. Indeed, the Talmud (Yoma 76b) relates the very word yayin (wine) to the word yelala (woe).

The rise of substance abuse, including alcohol, among adults and teenagers in our community is very troubling. Children who witness adults engaging in alcohol consumption—beyond what is reasonable or necessary for halachic purposes—learn that alcohol is a substance to which one can resort when looking for fun or when trying to alleviate feelings of anxiety or depression. Using alcohol this way can lead to addiction, with all of its serious consequences.

Then there is all the all-too-common phenomenon known as the “Kiddush Club.” These clubs consist of those who leave shul during the Haftarah reading on Shabbat morning to drink single-malt scotches and other liquors, often to excess. This practice disgraces the holy words and messages of the prophets found in the Haftarot; ironically, it is these very messages that these individuals would be wise to learn. I have personally witnessed how the effects of practices such as Kiddush Clubs can sometimes be literally lethal.

An Orthodox Jew cannot limit his concern to the kashrut of ingredients but must also consider the kashrut of his personal demeanor and the example he sets for others, especially children.

Others in the field of kosher certification maintain that even if a blender is non-kosher, it is batul (nullified) because of the halachic principle of batul beshishim, that is, because the amount of the non-kosher item is less than one-sixtieth of the whole amount. However, according to the Talmud, there are cases where batul beshishim does not apply. Specifically, the Talmud mentions that “avidah leta’ama”—items that impart very strong flavors (such as spices)—cannot be nullified. Thus, were one, for example, to insert non-kosher garlic into a pot of kosher soup, the garlic would not be nullified, even if there were 200 times more water than garlic.

The position of the Orthodox Union is that blenders fall into the category of avidah leta’ama since they too impart a strong flavor. Thus, blenders cannot be batul and therefore can pose significant kashrut problems.

Below are examples of non-kosher ingredients found in blenders:

2. Glycerine—a percentage of which is derived from animal fat.

3. Fatty Acids and their derivatives, i.e., esters of fatty acids—some are animal derived. Others are produced on machinery used for products containing animal fat.

Following is a brief explanation of various liquors and the position the Orthodox Union takes regarding their kosher status.

VODKA
In the United States, vodka is made by distilling grain-derived crude alcohol, which results in an almost pure alcohol. The alcohol is distilled to a purity of anywhere between 90 and 98 percent alcohol. The next stage of production is diluting the alcohol down to anywhere between eighty and one hundred proof. This is accomplished by adding water. Since water in various parts of the country differs in taste, different brands of vodka taste different. In the United States, citric acid is the only blender that is permitted to be added to vodka. It is important to note that this law only applies to plain vodka. Flavored vodka contains all kinds of flavor chemical and additives and certainly requires kosher certification. Additionally, imported vodka is subject to the laws of the country in which it is produced. Some imported vodkas contain glycerine, which, as noted above, may be derived from animals.

GIN
The traditional method of making gin was—and in some places still is—to add raw, dried botanicals to the still as the crude alcohol is being distilled. The heat and alcohol cause some of the flavor in the botanicals to penetrate into the alcohol. After diluting the mixture with water to the desired proof level, it becomes distilled gin. The botanical most commonly used is juniper berries; however, each distillery has its own closely guarded secrets as to the type and amount of botanicals used. Botanicals are generally kosher; however, some of them, such as citrus peels, may come from Israel and therefore may not be kosher due to issues surrounding terumot, ma’asrot and shemittah.

A newer and more common method of making distilled gin is to add already made extracts to the alcohol. This mixture is then called gin. Obviously, alcoholic extracts require kosher certification since they can be made on non-kosher equipment. Moreover, since they are made all over the world, it is difficult to track their place of origin, and to be certain that wine alcohol or whey alcohol was not used in the production.

BOURBON
By law, Kentucky Bourbon must be made from a mixture of grains and contain at least 51 percent corn (maize). Rye, barley and wheat make up the rest of the mixture. The grains are fermented, distilled and aged in new oak casks that have been charred. By law, one cannot add blenders to Kentucky Bourbon.

WHISKEY
Tennessee Whiskey or American Whiskey is made from a blend of grains that are distilled, aged and bottled. These whiskeys often contain blenders that consist of non-kosher flavor ingredients.

RYE
Any whiskey that has 50 percent rye in the grain blend can be called rye whiskey. Such whiskey is likely to contain blenders.

TEQUILA
While tequila is produced from the agave plant, it often contains oak flavor and glycerine. These items are approved for use in tequila by the Mexican government. In addition, not all of the yeast in Mexico is kosher. Without kosher supervision, it is impossible to know whether the yeast used is kosher or not.

CANADIAN WHISKEY
Canadian law permits flavors and wine to be added to whiskey; these additives need not be declared on the label. It appears that many Canadian companies insert flavors and wine into their whiskey.

SCOTCH
Scotch is generally made from malted barley. After the barley is fermented and distilled, it is placed into wooden casks and aged. Some of these casks may have been used previously for sherry (non-kosher wine). Casks are generally reused many times. Generally, no wine or flavors are added to scotch. There is a popular liquor from the “comfortable” South that has a scotch base. Please note that the base is scotch, but there are definitely many other additives and blenders in this product that contribute to its unique mellowness and taste. We have no way of knowing whether these additives are kosher.

There is a well-known dispute among the posekim concerning the exact point at which non-kosher wine is batul. Some contend that in order for the non-kosher wine to be nullified, the non-kosher to kosher ratio must be one to six; others contend that it must be one to sixty. In Iggerot Moshe, Rav Moshe Feinstein takes the lenient position and rules that non-kosher wine is batul when the proportion is one to six. There is an additional halachic dispute whether the one to six ratio of nullification applies to water or to other liquids such as fruit juice and whiskey. In other words, does the principle of batul only apply when the non-kosher item is mixed with water or does it apply when mixed with other substances as well? Rav Moshe takes the lenient position there too and rules that it applies to all liquids. However, in his responsa concerning both disputes, he adds that even though he rules leniently on these issues, it is worthwhile to be stringent. Thus, Rav Moshe felt that since the ratio of non-kosher wine or other products to liquid is usually more than one to sixty, it is worthwhile to refrain from drinking alcoholic beverages that contain wine, glycerine or other non-kosher ingredients (Y.D. siman 62). He writes that he only drank such beverages if someone was making a lechaim and would have been insulted if he did not partake.

In light of the various issues raised, it is worthwhile for the kosher consumer to demand only kosher-certified alcoholic beverages.

Rabbi Juravel is the rabbinic coordinator of technical services for the OU’s Kashruth Department. He is a world-renowned expert in kashrut certification with over twenty-five years of experience in the field throughout the world. He learned in Yeshiva Toras Chaim Talmudic Seminary in Denver and received semichah from Beth Medrash Govoha in Lakewood, New Jersey.

1. Cited from the web site of the Distilled Spirits Council of the United States, available: http://www.discus.org/taxes/.

0 0 votes
Article Rating
This article was featured in the Fall 2004 issue of Jewish Action.