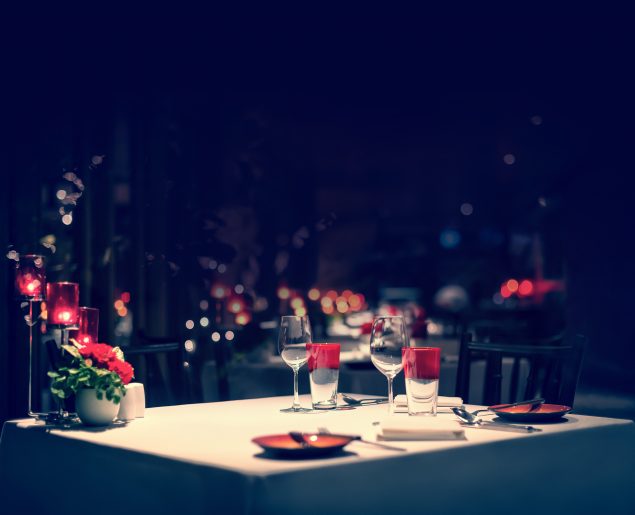 Q. Is it acceptable to eat out at a vegetarian or vegan-friendly Indian restaurant if the hashgachah (certifying rabbi or agency) is unreliable?

A. In some circles, it has become increasingly common, and even acceptable, to eat out at Indian restaurants that are vegetarian or vegan-friendly even though the hashgachah may be unreliable. The thinking goes something like this: Indian restaurants don’t serve meat or fish, and I can order foods that don’t contain dairy, so there is very little that can go wrong. Indian restaurants are “almost” kosher. So long as there is a rabbi vouching that it is kosher, though he might have lax standards, isn’t it good enough?

This reminds me of the time I received a call from an out-of-town vaad ha’kashrut (kashrut agency) that was contemplating giving certification to a local Indian restaurant. The restaurant was owned and managed by non-Jews, and there were a number of halachic questions the vaad was unable to resolve. The rabbis decided to speak with Rabbi Yisroel Belsky, zt”l, who was an OU senior posek at the time.

Small Jewish communities often lack the resources to support a kosher restaurant. To contend with this challenge, a vaad might try to find an existing (uncertified) restaurant in the neighborhood that is willing to make the necessary changes to become kosher. For this to work financially, it is essential to find a restaurant that is “almost” kosher, i.e., one that will need to make the smallest number of changes. From a kashrut perspective, vegetarian Indian restaurants do indeed have many advantages.

The vaad posed several questions and Rabbi Belsky was able to offer simple, straightforward solutions. However, one of the questions presented a challenge: “Does the prohibition of bishul akum apply to dosas, a fermented crepe made from a batter of rice and black lentils?” Dosas were apparently a staple of the restaurant. Bishul akum is a rabbinical enactment that prohibits eating cooked foods if there is no Jewish participation in the cooking. However, not all cooked foods are subject to these laws; bishul akum applies only to those dishes that “would be served to nobility.” Unsophisticated foods, such as toasted grains or breakfast cereals, do not fall into this category. The rabbis needed to know—does a dosa qualify as a food fit for nobility? Would the laws of bishul akum apply? Rabbi Belsky was unfamiliar with Indian cuisine, so we arranged for an Indian restaurant to deliver a dosa to the OU offices in New York City. I recall how Rabbi Belsky analyzed the question from many angles, but in the end, he concluded that a dosa is subject to the laws of bishul akum.

Even in the best-case scenario, there are hundreds of changes that need to take place before an “almost kosher” restaurant can become kosher.

For a kosher restaurant that has a mashgiach temidi (full-time rabbinic supervision), ensuring Jewish involvement in the cooking is no big deal. The mashgiach simply needs to light the fires every morning and then monitor them throughout the day to ensure they are not turned off. But for a restaurant located out-of-town, which cannot afford a mashgiach temidi and has a mashgiach drop in two or three times a day, the issue of bishul akum can be a deal breaker. Some vaads maintain that it suffices for the mashgiach to stop in to light the oven pilot lights and have a system in place ensuring that they do not turn off. I don’t know if this particular vaad ever found a way around this issue, but this incident illustrated to me that there is no such thing as “almost” kosher. Truthfully, even in the best-case scenario, there are hundreds of changes that need to take place before an “almost kosher” restaurant can become kosher.

What are possible halachic problems in even an “almost kosher” restaurant?

Most likely, the wine and wine vinegar used in a non-kosher restaurant are not kosher. Kosher wines and wine vinegar are typically more expensive and are not as easy to find as the non-kosher versions. One of the most common kashrut violations, even in well-supervised restaurants that have a mashgiach temidi, is when a chef tries to sneak in a bottle of non-kosher balsamic vinegar. (Apparently some chefs are bothered by the taste difference between non-kosher balsamic vinegar and the kosher substitute.)

Processed foods generally require kosher certification, even when certified vegan. One cannot tell if a product is kosher merely by reading the label. Even if all the ingredients seem innocuous, there is no way to verify information about the manufacturing process. For example, the factory that manufactured the product might also produce non-kosher meats and cheeses. Tomato sauce might seem to have a fairly simple ingredient list: tomatoes, oil, salt and spices. But factories that manufacture vegan sauces may also produce sauces with meats and cheeses. Plain sauces made on the same production line as the sauces with meats and cheeses are non-kosher as well. Bottom line: Despite the fact that a restaurant’s employees may be honest and well-meaning, if the food establishment is not regularly inspected, non-kosher ingredients are guaranteed to turn up.

As we mentioned above, some cooked foods are only kosher if there is Jewish participation in the cooking. Taro, rice, eggplant and many other cooked vegetables require kosher certification in order to ensure that the laws of bishul akum were complied with throughout the preparation of the food. If a restaurant does not have a mashgiach who visits every morning to light the fires, and then drops by during the day to see that none have been turned off, or at the very least, has a system to ensure that the fires always stay on, one must assume that the foods being served were prepared in violation of the laws of bishul akum.

One of the most complicated kashrut concerns at any kosher restaurant is ensuring that the vegetables, especially the green leafy ones, are insect-free. A mashgiach must devote a large portion of his time to washing, checking and then often re-washing vegetables until they are clean. Restaurants that are not regularly visited, even if they are meticulous about cleanliness, will not take the time and effort to ensure that everything is 100 percent insect free. (This is especially true since over-washing vegetables can negatively affect their appearance.)

Despite the fact that a restaurant’s employees may be honest, if the food establishment is not regularly inspected, non-kosher ingredients are guaranteed to turn up.

In a vegetarian, non-vegan restaurant, the kashrut issues are compounded. Similar to the prohibition of bishul akum, there is a prohibition of eating gevinat akum (non-Jewish cheese). Even if all the ingredients in a particular cheese are kosher, the cheese will still not be considered kosher unless it is made with Jewish participation or under Jewish supervision. A kosher consumer who is careful to avoid gevinat akum should be aware that there are certain kashrut agencies that certify cheeses prepared without Jewish participation. Some of these certifying agencies apply the leniency of chalav stam to cheese. Chalav stam is a leniency applied to milk produced in the US. Jews can only drink the milk of kosher animals, and therefore for milk to be considered kosher, it should require Jewish supervision. However, due to US government regulations of milk production, Rabbi Moshe Feinstein, z”tl, ruled that in the US, it is reasonable to assume the milk is 100 percent cow’s milk, as labeled. Applying this leniency to cheese, however, is not condoned by Rabbi Feinstein or by other great posekim of the past generation, nor is it followed by the major kosher-certifying agencies.

Even if one orders a vegan dish in a vegetarian restaurant, there is still the concern that the pots, pans and cooking utensils are used for all of the foods in the restaurants. The pots and pans require hagalah (purging with boiling water) or libun (burning out with fire) in order to be deemed kosher. If the pot was not kashered, food cooked in the pot will become non-kosher as well.

Even if one knows what is acceptable and what to avoid at such a restaurant, others who are less astute might infer that everything is acceptable. Halachah states that one shouldn’t eat in a non-kosher restaurant even if it serves kosher food too, due to maarit ayin—actions that are permitted according to halachah, but nevertheless give onlookers the impression that one is doing or has done something that is prohibited. Other people might see him and say, “If he can eat there then so can I.” The details as to which foods are permitted and which are not invariably will be lost. Thus, even if one is able to overcome the kashrut concerns discussed earlier, there is still the issue of maarit ayin. In a certain Orthodox community it was accepted that one could purchase coffee at the local Dunkin’ Donuts that did not have kosher certification. Wanting to boost sales, the store secured kosher certification, but the local rabbis considered it unreliable. The rabbis let it be known that religious Jews should no longer patronize the store even to buy a coffee. This was due to maarit ayin. Until that point, if someone saw an Orthodox Jew entering the store, it was clear that he was only going to buy a coffee. Once the unreliable hechsher was in place, one could possibly conclude that an Orthodox Jew entering the store was going to purchase food there. This could result in people erroneously concluding that all of the food in the store was kosher, when it was, in fact, not.

Taking all of these considerations into account, it should be clear that “almost kosher” is not really kosher.

Rabbi Eli Gersten is the recorder of OU pesak and policy and maintains a large database of OU Kosher piskei halachah.