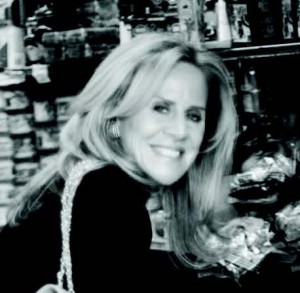 In time for the holidays, an Ashkenazic woman takes lessons from a master of Syrian Jewish cuisine in preserving the tastes and traditions of the past and passing them down with pride.

“You gotta start with a lot of onions.” That was the best advice my Ashkenazic balabusta grandmother could impart to me in the kitchen. She was right. Her reputation for culinary prowess preceded her. Still more impressive was her ability to take humble ingredients and reap something delicious from them. Poland and Russia were not known for exotic ingredients, nor could any of my impoverished ancestors in Eastern Europe have afforded them. As I grew older and traveled over the years, though, I became familiar with Jewish food from different cultures and backgrounds. One thing became clear: something special was happening in Syrian kitchens . . . and I was intrigued. The food was bold, the ingredients diverse and the energy surrounding its creation and preparation was extraordinarily positive. A Shabbat meal in a Syrian Jewish household was a regal event. I had to wonder: as an Ashkenazic woman, what was I missing? The Syrian Jewish home cooks are doing something right, and I wanted to understand more about what that something was.

To get insight into Syrian Jewish cuisine, I visited Poopa Dweck, author of Aromas of Aleppo: The Legendary Cuisine of Syrian Jews and an expert on Aleppian Jewish food and customs. Dweck, a first generation Syrian-Jewish American who lives in Deal, New Jersey, is a much sought-after speaker who has devoted her life to preserving and celebrating the legacy of one of the largest and most vibrant communities of Sephardic Jews. 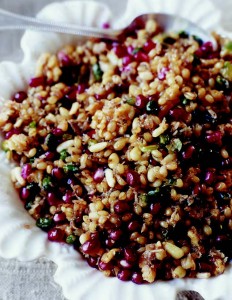 Aleppo is renowned throughout the world for its cooking. Food historian Claudia Roden referred to it as “the pearl of the Arab kitchen.” Why? Because of Arab trade. Geographically, Aleppo was in the heart of the Middle East, so it had the grandest warehouses and the finest ingredients. Aleppo is the center of the Fertile Crescent. During the time of the Ottoman Empire, that’s where the sultan’s rich dishes were prepared.

Syrian cooking uses very distinctive ingredients. For example, sweet and sour dishes are derived from the Persian influence on Syrian cuisine. Persians use pomegranate concentrate for the souring agent and dried fruits for sweetness. But Aleppo is well known for using tamarind concentrate (called “ouc”). We are also known for spicing our food more heavily, especially with allspice and Aleppo pepper. Because of the wide use of fresh herbs, fruits, flavors and spices in Aleppian cuisine, the food is tastier and the palate is satisfied with less food. Therefore, smaller portion sizes also make it healthier.

Mehshi are stuffed vegetables–very popular in Syrian cooking. Aleppo was called “Queen of the mehshi.” Kibbeh [a torpedo-shaped finger food that comes in many varieties] is iconic. Traditionally, there are twelve loaves of Syrian bread set on the table to represent the twelve loaves of showbread in the Beit HaMikdash instead of the challah you are accustomed to.

NR: How widely have Syrian traditional dishes been passed on to the younger generation?

PD: For the first time in three thousand years, there are no Jews living in Aleppo. What’s amazing is that all the traditions and foods are still being prepared in the same way–no matter where we Syrian Jews are. When the Jews left Aleppo, the communities that migrated all over the world stayed cohesive. My relatives in Brazil maintain the same traditions as my relatives in New Jersey. We know that the religious traditions are connected to food, and the women have tried to maintain all the authentic dishes. It was important for me to write my book because I was afraid we were losing them. Most Syrian recipes and traditions, however, were not written down and existed only in the minds of the previous generations.

Syrian-Jewish women take pride in cooking these traditional dishes. It’s amazing; they prepare the ka’ak [biscuits made with anise seeds] and roll the grape leaves. Of course, just like the rest of the world, many Syrian-Jewish women today are short on time. So a new cottage industry has developed within the community, where young women are making a profit preparing the maza dishes [ornate finger food starters] like kibbeh and selling them to families for Shabbat. In this way there has been a resurgence of interest in traditional foods among the younger generation.

NR: Why do you think the Syrian community has remained so strong despite the fact that it has been dispersed?

PD: The religious rituals have kept the community strong. The first thing [those who emigrated] did was build a mikvah in their new country. Then they built shuls, schools, yeshivahs. And also I believe the food has kept us very connected. We hear all the time how important family mealtimes are. In the Syrian community, Shabbat is of the utmost importance. In every Syrian-Jewish household, there is a recognition that Shabbat will be coming and the family is going to be together; every mother wants to prepare those traditional dishes. That’s what has kept the families strong.

NR: Have the Syrian-Jewish culinary traditions been affected by their new environments and factors such as the availability of traditional ingredients, the infusion of new local ingredients and the generational shift toward reliance on convenience items?

PD: My parents were both born in Aleppo and moved to the US. My mother continued to make the traditional dishes, harvesting and preserving and pickling. I was brought up with that. Then there was a brief time when the second generation moved away from traditional dishes. However, today there is a renewed interest in local ingredients, home gardens and such; as a result, there has been a return to those Syrian-Jewish traditions. Even if certain ingredients are not always available, women tend to ask a relative who is traveling to bring back a hard-to-get item. Or they will use substitutes. If you can’t get Aleppo pepper, you could substitute crushed red pepper. Nowadays with the Internet, you really can get everything. 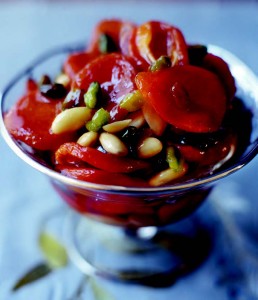 NR: Nowadays, people are so busy and have less time to spend in the kitchen. How has that impacted Syrian-Jewish cooking?

PD: What I always like to stress is that the meal itself is wonderful, satisfies the palate and has nutritional value. I say this to many women who work and don’t have time to actually roll the grape leaves, for example. But there is so much more to the meal. It brings families together, it brings us to prayer, it brings us to appreciation and gratitude to Hashem. It is so much more elevated than only nourishing our bodies and satisfying our palates. To women who have to buy prepared foods, I say that as long as it gets them to the table, that they are celebrating the holidays, that the family is together–[it’s good]. Once women understand and appreciate the meaning behind the meal and how elevated it is, then they understand that it is just as important as going to work and earning a living. When they understand the impact of every meal, then it is no longer a chore. Rather, they see it as elevating, as a gift we can give. We take such pride in every Shabbat meal because we understand the value behind the meal. We get excited about it and talk about it with each other and often many generations cook together as well. When there is meaning behind meal preparation, it is not work; it is a privilege. There are even creative aspects in the shopping experience. Suffeh (literally orderliness in Arabic) is the highest compliment to a Syrian woman; it means that she exercises binah, that she understands the importance of her position in her family and that she hosts with grace.

Following our interview, I pondered the lessons I could glean from the Syrian kitchen, the differences that lie between my kitchen and theirs come a Thursday night filled with Shabbat preparation. I will always be an Askenazic matzah ball-making woman. But the pride, the esteem with which I view the food I prepare could certainly use an infusion of joy–even regality. And if all else fails, I’ll throw in a little ouc!

Naomi Ross is a cooking instructor and food writer. She teaches classes throughout the New York region and writes articles connecting good cooking and Jewish inspiration.

5 1 vote
Article Rating
This article was featured in the Fall 2015 issue of Jewish Action.