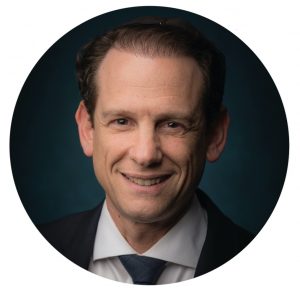 “If knowledge is power, knowing what we don’t know is wisdom.”

“I don’t know.” Three words that are so important for any leader, manager, supervisor or parent. And yet they are often words difficult to verbalize. They admit vulnerability, lean in to insecurity and—when used at the wrong time or in the wrong context—can create confusion. And yet, they can also be uttered with what Adam Grant refers to as confident humility, wherein we have enough of a sense of ourselves to admit our own limitations. As David Leonhardt (“The Covid Fable,” the New York Times, Oct. 8) reminds us, when it comes to predicting the path of the coronavirus, “we don’t know, and we do not have to pretend otherwise.”

Being maavir sedra—of course with the All Parsha app!—one comes across interesting comments made by Rashi that might otherwise go unnoticed. In Bereishit 28:5 and 35:13, he comments: “Eini yode’a mah milamdeinu—I do not know what [the addition of] these words intend to tell us.” Since Rashi’s translation is not linear and there are many places where he writes no commentary, if Rashi doesn’t know something, then he doesn’t need to say anything. But the Lubavitcher Rebbe explains that Rashi is modeling that when we encounter something we don’t know, we should be honest with ourselves. As Berachot 4a states: “Lameid l’shoncha lomar ‘eini yode’a,’ shema titbadeh v’te’achez—Accustom your tongue to say, ‘I do not know,’ lest you become entangled in deceit.” We must remind ourselves to sometimes say “I don’t know” because maybe you’ll make a mistake and you’ll be stuck. But it is not just the trap of being caught saying something untrue or unwise. The lesson for humility is to admit both what we don’t know, as well as the sheer recognition that we don’t know.

In my first year at the OU, I’ve learned so much about our activities, yet recognize that I am still learning and experiencing so many new and exciting undertakings. Recent experiences across the OU’s many programs highlight the reason to be humbled by the activities and accomplishments of our colleagues. Our collective and continued growth in Torah learning flourishes unabated!

– Yachad welcomed its first sefer Torah, now hosted at The Marilyn and Sheldon David IVDU Upper Boys School in Brooklyn, with a celebration of its students and donors on Rosh Chodesh Cheshvan.

– We were overwhelmed by ninety-four-year-old Holocaust survivor Moshe Rubin, who finished Masechta Beitzah using All Daf and met his rebbe, Rabbi Moshe Elefant, for the first time in October.

– Semichat Chaver held a live, in-person kayitz zeman siyum at the Young Israel of Woodmere in New York in October with Rabbi Hershel Schachter, shlit”a, and over twenty maggidei shiur.

– The OU Women’s Initiative will be holding a siyum this winter to celebrate the completion of a two-year Nach Yomi cycle.

Numbers can also be humbling and overwhelming:

– Synagogue Initiatives completed its database of over 2,200 shuls across North America.

We also recently completed a survey of all OU employees, facilitated by the OU’s Center for Communal Research, assessing culture, employee engagement and the effectiveness of our support operations. The study yielded some fascinating and wonderful learnings while providing insight into areas needing improvement and growth. In essence, the findings help us to answer some of the unknowns, or at least point us in the direction of those answers.

Moshe Rabbeinu, we are told, was “anav mikol adam,” attaining the highest levels of humility. But he also had the temerity at a young age to stand by his convictions, which led to the killing of an Egyptian, speaking directly with Pharaoh, helping the daughters of Yitro at the well, and more. Perhaps one might consider it ironic that Moshe argued with Hashem about his own inadequacies to be a leader! My father, z”l,* explained that this was part of his confident humility—confident in knowing his strengths and weaknesses, and yet humble—to not seek the mantle, to claim all knowledge, and therein maintain that ability to say “I don’t know.” In the eulogy I delivered for my father, z”l, I noted that he himself modeled this ideal of one who is humble, especially as expressed by C.S. Lewis: “Humility is not thinking less of yourself, it’s thinking of yourself less.”

When we can think of ourselves less, we may be more likely to say, “I don’t know” and recognize that there is more for us to learn. That lesson has been reinforced for me with all that is “Inside the OU”; I hope you’ll agree!

*For more interesting Torah from my father, z”l, tune in to our new shiur on the All Parsha app, based on the Netziv’s Haamek Davar.

5 2 votes
Article Rating
This article was featured in the Winter 2021 issue of Jewish Action.