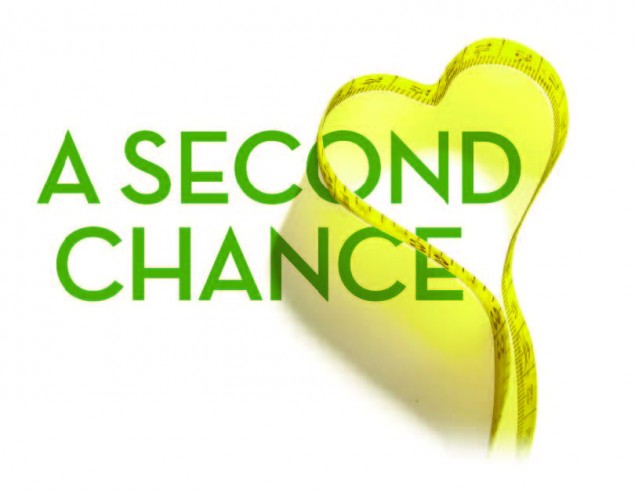 Most doctors identify the period between thirty-five and forty as a time when one can no longer rely on youth and luck to keep oneself healthy. When I reached middle age, my doctors identified my risk level of developing diabetes and heart disease as extremely high due to my family history.

As one particularly insensitive doctor I consulted said, according to my BMI alone, he was surprised I didn’t have a fatal heart attack on the spot during our consultation. I, of course, stubbornly refused to give him the satisfaction of seeing his morbid prediction fulfilled, because a religious Jew is not a statistic.

Yet even while acknowledging that Hashem runs the show, I felt that the clock was ticking. I had lost my paternal grandfather to heart disease when I was ten and my paternal grandmother to ovarian cancer when I was sixteen. My father passed away due to diabetes complications when I was thirty-two. I sat shivah for my father at an age when most of my friends were just beginning to see their parents sit shivah for their parents.

Several doctors, including a hematologist, an endocrinologist and my wonderful old-style GP, recommended surgery as the best, and most effective, way to lose weight. However, I wasn’t prepared to consider surgery until I had exhausted all options.

So I exercised. I chose healthy foods. And I lost weight. A little. The weight I lost was not proportionate to the effort I exerted. When I consulted my doctor about this, he tested my thyroid and discovered I have a metabolic condition that makes weight loss more difficult. “You’re not going to be able to do it on your own,” he cautioned. “Genetically the odds are stacked against you.”

What he said made sense, yet it was hard for me to accept. I wanted to do it on my own. I didn’t want to accept medical help. So I reasoned his words away, and decided that while the thyroid condition might make things more difficult and explain my snail-like progress, it didn’t make succeeding on my own impossible.

I intensified my efforts. I exercised more and ate less. Eventually something had to give.

Eventually something did. I broke my ankle while hiking, and required two surgeries.

I now had to deal with real limitations regarding how much I could exercise, and chronic pain. But was it a sign? “You’re not going to be able to do it on your own,” my doctor repeated. How do you decide when enough is enough, when you accept help you don’t really want?

The journey took five years. Five years from the time I lost my father to the time I was ready to accept that I wouldn’t be able to do what needed to be done on my own. Five years of research, fear and indecision before I was finally prepared to follow the consensus of my doctors. On the day I met my surgeon, I told him I knew almost everything about the procedure I had chosen to undergo except how to perform it. That part was his job.

I “got sleeved,” as it is called. One of the newest forms of bariatric surgery, the gastric sleeve is irreversible. It removes a portion of your stomach, providing an internal measure of portion control. It resets your internal metabolic set point and makes transformative weight loss possible.

It worked so well my body changed at a rate that felt impossible to keep up with. In just over one year, I exceeded predictions for expected weight loss and lost 126 pounds. I looked in the mirror and didn’t recognize the person I saw, this person whose body changed from week to week. She was both me and not me.

Shopping was bewildering. Suddenly, I no longer needed to frequent only plus-size stores. I was shopping in the same stores where teenage girls were trying on skirts, the same skirts I could choose to try on myself if I was so inclined. I made a lot of mistakes. I bought clothes I would never wear. I bought clothes that would be too big by the following week.

As I write this, it has been two full years since the surgery. Those who have undergone the procedure refer to a “surgeriversary.” The year post-surgery takes you to a certain point, and from then on you are on your own. Despite the irreversible nature of the procedure, it is actually still possible to regain the weight one has lost. There are specific guidelines and rules to follow for the rest of your life if you wish to maintain your weight loss. Choose healthy foods. Eat small portions. Eat slowly. Don’t eat and drink at the same time. Don’t drink carbonated beverages. Exercise. Exercise. Exercise. Except for not drinking while eating and avoiding carbonated beverages, these are basically the same rules that anyone who wishes to embrace a healthy lifestyle or to lose weight and maintain their weight loss must follow.

Orthodox Jews celebrate life milestones through eating; for many people, attending a simchah is synonymous with overeating. Each week, there is Shabbat. Living as I do in a large frum community, there is always a kiddush, shalom zachor, bar mitzvah, wedding or sheva berachot to attend. Sometimes there are several on the same day, simchah piling upon simchah.

I have had to learn how to sit at a table sipping a glass of water while my friends enjoy a luxurious meal, each “I really shouldn’t . . .” followed by another bite of cake. I sit with them and focus on catching up with old friends or making new ones. I smile and insist I am not hungry, even when I am. I smile and I don’t judge. Who am I to judge? For years I did the same thing, using semachot as a reason for indulgence. I learned what I did the hard way—by losing those I love.

When did the culture of excess and indulgence become intertwined with the Orthodox way of life, and why have we allowed that to happen? As true ovdei Hashem, the critical and often-overlooked mitzvah of “venishmartem meod lenafshoseichem” needs to be our priority, as those who live according to Hashem’s agenda rather than our own.

Long-term change is hard. When I think about why I succeeded while others who had the same surgery did not, it comes down to two things. One, I gave myself permission to make mistakes. Not just in what I ate, but in how I lived. Losing weight for me meant letting go of the perfectionism that went along with it. Two, I gave myself permission to go as far as I could. I know people who have said “just because I had this surgery doesn’t mean I am going to deny myself a piece of cake when I feel like eating one.” Essentially, these people are saying that despite having undergone the surgery, they are unwilling to give up immediate gratification.

Tzippora Price is a marital and family therapist and a mental health educator who works in private practice in Ramat Beit Shemesh, Israel. She is the author of Into the Whirlwind (Canada, 2010), Mother in Progress (Israel, 2010) and Mother in Action (Israel, 2013).