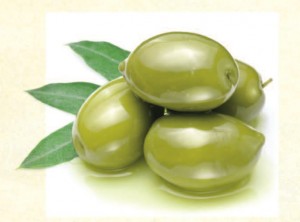 I love the Machane Yehuda Market in Jerusalem, or “the Shuk” as it is known. The storekeepers are so colorful and the crowds a snapshot of the diversity of the residents of Jerusalem. Unlike the US where fruits are often on sale year-round, Israel does not import its fruits and vegetables; thus, the availability of fruits is always changing. In the Shuk, a certain excitement can be felt when foods make their seasonal appearance. What I love most about the Shuk, however, is its display of Israel’s amazing agricultural productivity and the healthfulness of this bounty.

One day, while walking through the Shuk, I had a thought: why can’t the Israeli diet become a model for the rest of the world? Israel is a world leader in so many areas—the high-tech industry, agriculture, missile technology, et cetera. Why can’t Israel also be a leader in good nutrition? 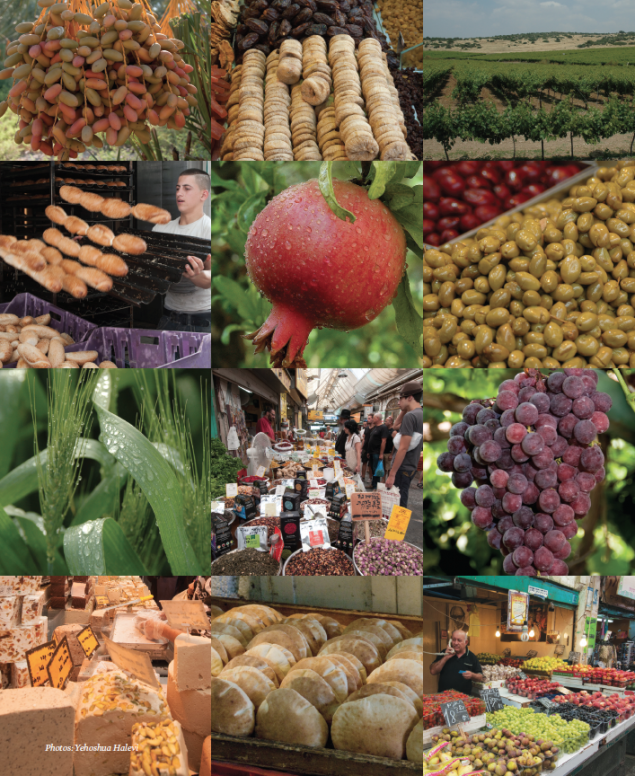 A dizzying number of diets are promoted in America, each targeted for a specific issue, such as weight loss, cardiovascular disease prevention, improved diabetes control or other health concerns. However, only the Mediterranean diet favorably influences all of these conditions, in addition to other health problems. Studies indicate that the Mediterranean diet has a positive influence on certain forms of cancer and asthma, and helps prevent dementia and depression.1 No other diet can make such claims.

No one knows for sure why the Mediterranean diet is so healthy, but many attribute it to its high antioxidant content. During the body’s normal functioning, supercharged oxygen and nitrogen molecules are produced, and these can be harmful unless neutralized by the body’s antioxidants. High blood glucose and cholesterol levels as well as smoking and eating trans fats increase the production of these supercharged molecules and lead to what is called “oxidative stress.” Oxidative stress promotes cardiovascular disease and may influence other conditions such as the neurodegeneration of Alzheimer’s disease and the development of cancer.

Fortunately, many of the natural foods we eat are full of antioxidants that can supplement the body’s defense against supercharged oxygen molecules. Plants convert solar energy into chemical energy and need to protect themselves against the production of excessive energy, as well as other potentially damaging factors, which is why they contain so many antioxidants. There are literally thousands of antioxidant compounds in fruits, vegetables and whole grains. Removing the bran from flour greatly reduces its antioxidant content—one reason why whole-wheat bread is more healthful than white bread. Health articles often discuss the benefits of including tomatoes, green tea (more healthful than dark tea) and dark chocolate in your diet, all of which have high antioxidant contents.

The Seven Species
The Israeli Mediterranean diet contains foods that are extremely healthful, including the sheva minim, or seven species listed in the Torah as being special products of the Land of Israel. The fruits of the sheva minim have been shown to be loaded with antioxidants.2 The seven species, which are blessed with certain holiness, are wheat, barley, olives, grapes, dates, figs and pomegranates. Depending on the time of year, the fruits of the shivat haminim are ubiquitous in the Shuk.

The seven species are perfectly adapted to Israel’s climate. Wheat and barley are sown during the winter months when there is rainfall (the “early” rain mentioned in the second paragraph of Shema) and they ripen under the influence of the “late” rain in the spring. The early rain usually arrives like clockwork shortly after Sukkot. Grape vines and olive, fig and pomegranate trees are able to survive the dry Israeli summer months and the complete absence of rain.

Olive oil is an important component of Mediterranean diets. Extra-virgin or virgin olive oil is rich in antioxidants, although this is not the case for “pure” or “light” olive oil. This is because the “impurities” removed contain the antioxidants. There is considerable evidence that olive oil protects against cardiovascular disease. Interestingly, studies indicate that monounsaturated fat (which is the main fat in olive oil) has no protective properties, while olive oil does—additional evidence for the importance of antioxidants.3

Moderate wine drinking (but not heavy alcohol consumption) has been shown to prolong longevity and prevent cardiovascular disease and some forms of cancer. This is attributed to its high antioxidant content, although wine may also contain other substances that have beneficial cellular properties.4 Red rather than white wine has the highest antioxidant content.

The Israeli Diet as a Model Diet
The modern Israeli diet has the potential to be a model diet, since it combines the healthiest foods of the Mediterranean together with wholesome foods from the West.

Olive oil rather than corn oil is the country’s favored oil. Wines are plentiful. Figs, dates, pomegranates and a multitude of other fruits are readily available (in season). Vegetables, especially tomatoes, cucumbers and peppers, are easily obtainable and used extensively in salads. Nuts such as almonds and walnuts grow naturally in the country and are also high in antioxidants. Restaurant and take-out meals in Israel tend to contain far more vegetables than in the US. Hummus and tahini are popular dips, and are made from natural products.

However, I can already hear the skeptics. Sure, the Israeli diet is Mediterranean-like. But how can a diet containing whole milk, eggs and meat be a model diet?

The reality is that there is considerable turmoil nowadays in the world of nutrition, as it is becoming increasingly evident that many of the “truisms” that were the bedrock of American nutrition for over half a century lack scientific support. Eggs slightly raise cholesterol levels in a percentage of people (hyper-responders), but no scientific study has been able to show that this translates into increased risk of cardiovascular disease, except perhaps in diabetics. Blood cholesterol levels are indeed raised by saturated fat, but recent studies have concluded that saturated fat does not promote heart disease.5 Nor has research been able to show that low-fat milk prevents pediatric obesity.6 It was pointed out recently in an article in the reputed medical journal JAMA Pediatrics that “the recommendations to replace whole milk with reduced-fat milk (in children) lacks any evidence basis for weight management or cardiovascular disease prevention . . . .”

Admittedly, it is possible to eat too much of a good thing. Many Americans eat more than enough red meat and would do well to substitute some of their meat consumption with vegetable protein and fish, but high meat consumption is rarely the case in Israel. The consumption of dairy products has been shown to have many health benefits, including preventing obesity and providing the calcium needed for bone development and bone turnover. Eggs are filling and can be helpful with weight control.

Nevertheless, just because a diet has the potential to be a model diet does not mean that it necessarily is. A bit of realism is in order. Israeli nutrition is far from perfect. Americans are not the only ones who drink soft drinks. Israelis do so too. Soft drinks have the distinction of being the only food proven in scientific studies to be associated with excessive weight gain. Israelis also love pareve desserts, some of which contain too much trans fat-rich margarine. However, the country recently introduced mandatory labeling for packaged goods, which may help to reduce trans fat consumption. Ingestion of even small amounts of trans fat can lead to oxidative stress and promote heart disease. Furthermore, schooling in Israel is not necessarily conducive to good nutrition. Many children do not eat breakfast at home and schools do not provide hot lunch for students. Students are therefore expected to bring sandwiches, snacks and drinks for breaks during the day, some of which are unhealthy.

So what is the upshot of all this? The Israeli diet could potentially be a model diet for much of the world, but Israelis need to put in the effort to make it so.

1. My web site, eatforhealth.org, discusses the health benefits of the Mediterranean diet. Scientific references are included.

2. Elliot M. Berry et al., “The Middle Eastern and biblical origins of the Mediterranean diet,” Public Health Nutrition 14 (2011). This is an excellent summary of the antioxidant status of the sheva minim and other Biblical foods.

4. Alberto AA Bertelli et al., “Grapes, wines, resveratrol, and heart health,” Journal of Cardiovascular Pharmacology 54 (2009): 468-476. This is a summary of the health benefits of wine and its constituents.

5. Rajiv Chowdhury et al., “Association of dietary, circulating, and supplement fatty acids with coronary risk: a systematic review and meta-analysis,” Annals of Internal Medicine 160 (2014): 398-406. This very recent study has attracted considerable media attention with its demonstration that saturated fat is not associated with cardiovascular risk and that polyunsaturated fat is not associated with cardiovascular protection.