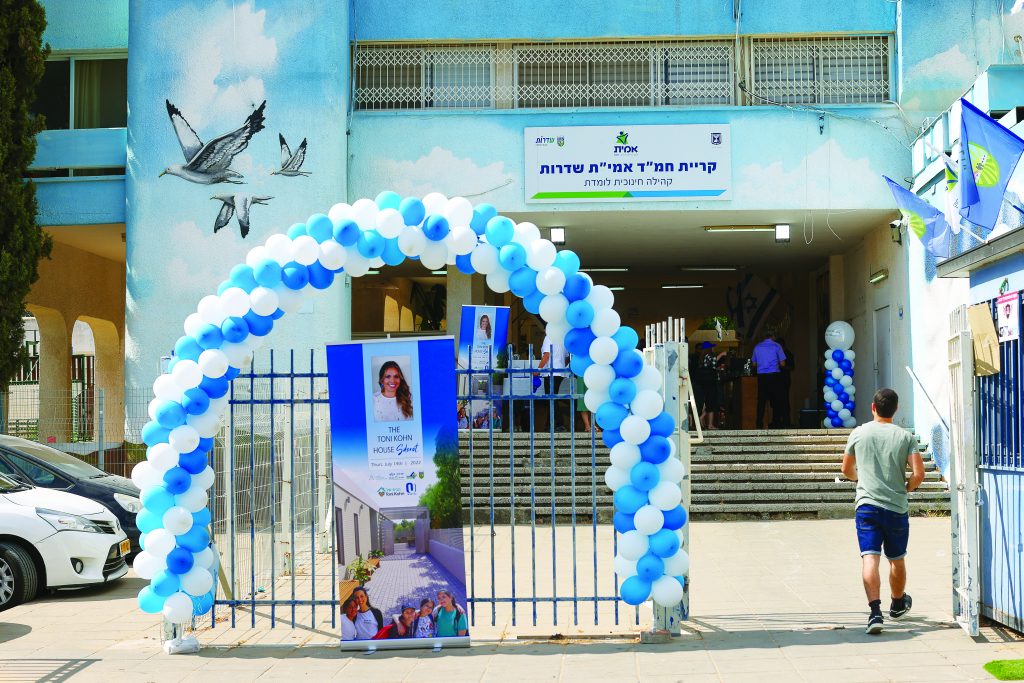 The Toni Kohn House is dedicated by Jeff and Wendy Kohn and their children, Jordan and Tessa, in memory of their daughter and sister Toni, a”h. The center, which will provide a permanent club space to at-risk community members in Sderot, is expected to be completed by Pesach 2023. Courtesy of David Barel

Beyond typical adolescent stressors associated with school, peer pressure and self-image, Israeli teens living in Sderot face far greater daily challenges: the constant barrage of rockets, missiles and incendiary balloons that stem from Gaza, located less than a mile from the southern city in Israel’s Negev.

Throughout the past twenty years of violence and upheaval in the region, there was always one place that its teens, many of whom are suffering from PTSD, could count on for much-needed respite and support: the local OU Israel–run youth center, housed in temporary facilities.

This spring, Sderot’s teens will finally have a permanent club to call home, thanks to a $1.1 million gift donated by a family living thousands of miles away in Vancouver, British Columbia. Jeff and Wendy Kohn and their children, Jordan and Tessa, made the transformative donation to OU Israel to establish the Toni Kohn House in partnership with the Sderot municipality. The new facility will be named in memory of their daughter and sister Toni, a”h, who passed away suddenly at age twenty-six while newly married and expecting her first child.

In the years before her passing, Toni was deeply involved with a community program in Los Angeles dedicated to the advancement of young women at risk. “Toni was passionate about making a difference any way she could, and providing those less fortunate with the opportunities, resources and tools to make a better life for themselves,” says her younger sister Tessa. “She made sure these girls knew that they were loved, that they were important and that they mattered, and that they too could be happy and fulfilled.”

Upon visiting Sderot in 2019 and learning about the myriad physical and emotional challenges affecting the city’s youth as a result of the dire security situation, the Kohns concluded that funding a permanent youth center would be the perfect way to continue Toni’s work and honor her legacy.

“Many people listen to the news and hear what’s happening in Sderot and with Israeli teenagers in periphery towns,” says Rabbi Avi Berman, OU Israel’s Executive Director. “Many know how much help is necessary. But there are those who decide to [go above and beyond] and love these children like their own. The love that Jeff and Wendy continue to show the children of Sderot is remarkable.”

For over two decades, OU Israel has empowered more than 56,000 at-risk youth living on the country’s economic margins. Since many are children of single parents who live paycheck to paycheck, they often lack access to quality education and extracurricular opportunities that could foster their potential and equip them to secure gainful employment to break the cycle of poverty as adults. 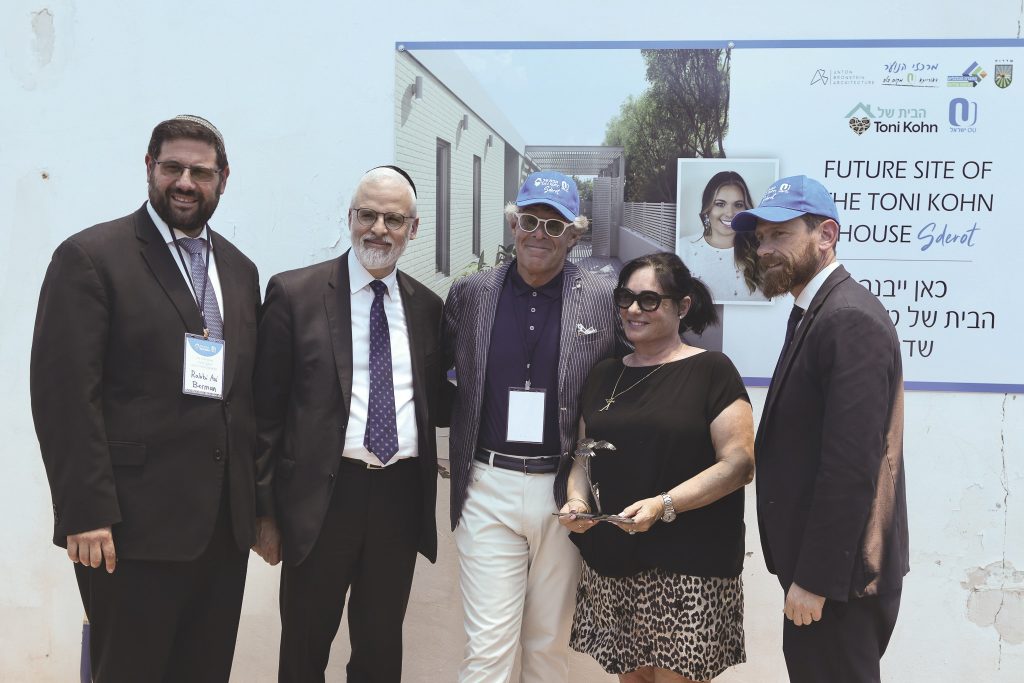 Exciting activities include tiyulim, Shabbatonim, and programs centered around Jewish values, history and culture. Leadership development is paramount, and the importance of giving back to the community is highlighted through volunteerism with seniors, the needy, and the sick. Advisors, social workers and Sherut Leumi (National Service) volunteers mentor participants and encourage them to stay in school and complete their Bagruyot (high school exit exams), serve their country by joining the IDF or performing Sherut Leumi, and pursue higher education.

Participants emerge with a heightened sense of pride, self-esteem, and connection to themselves, their communities and Medinat Yisrael. With improved confidence, leadership and life skills, they look forward to promising futures marked by socioeconomic mobility.

Like the Makom Balev and Oraita clubs, the Toni Kohn House in Sderot will provide services and care, while also offering a photo therapy course, a music room, personal and group mentoring, and empowerment activities.

“The Kohn family’s generosity goes far beyond the monetary value of their multi-year gift,” says David Barel, OU Israel’s Director of Development. “They are giving Sderot’s youth the timeless gift of leadership. With the loss of their daughter Toni, the Kohn family teaches us that to overcome times of great adversity—a reality Sderot’s youth have endured for the last twenty years—you must help others, not just by giving money but by giving with everything you have—your time, your attention, your empathy and your love.”

A dedication ceremony for the Toni Kohn House was held in Sderot in July, and the center is expected to be completed by Pesach 2023. Along with the Kohn family, attendees included Rabbi Berman, OU Executive Vice Presidents Rabbi Moshe Hauer and Rabbi Dr. Josh Joseph, OU Israel Director of Programs Chaim Pelzner, and Sderot Mayor Alon Davidi, who was inspired by “the kindness and care shown by Jews from distant Canada for their brothers in Israel.

“Living here in Sderot, one mile from Gaza, we’ve suffered for over twenty years from terrorism, both via the sky and underground,” said Davidi. “It’s very difficult. The idea that a family has decided to honor their daughter’s legacy here gives us strength to continue our journey.”

The Toni Kohn House in Sderot is the third support program for at-risk community members established by the Kohns in Toni’s memory; the other two are in LA and Calgary.

“Toni is still making a difference every day,” says Rabbi Hauer. “What she stood for, what mattered to her, is still moving her parents, family, friends and every one of us who hears her story, to do more in her way, in her spirit, to be there for each other.”

Aviva Engel is an award-winning journalist living in Jerusalem.