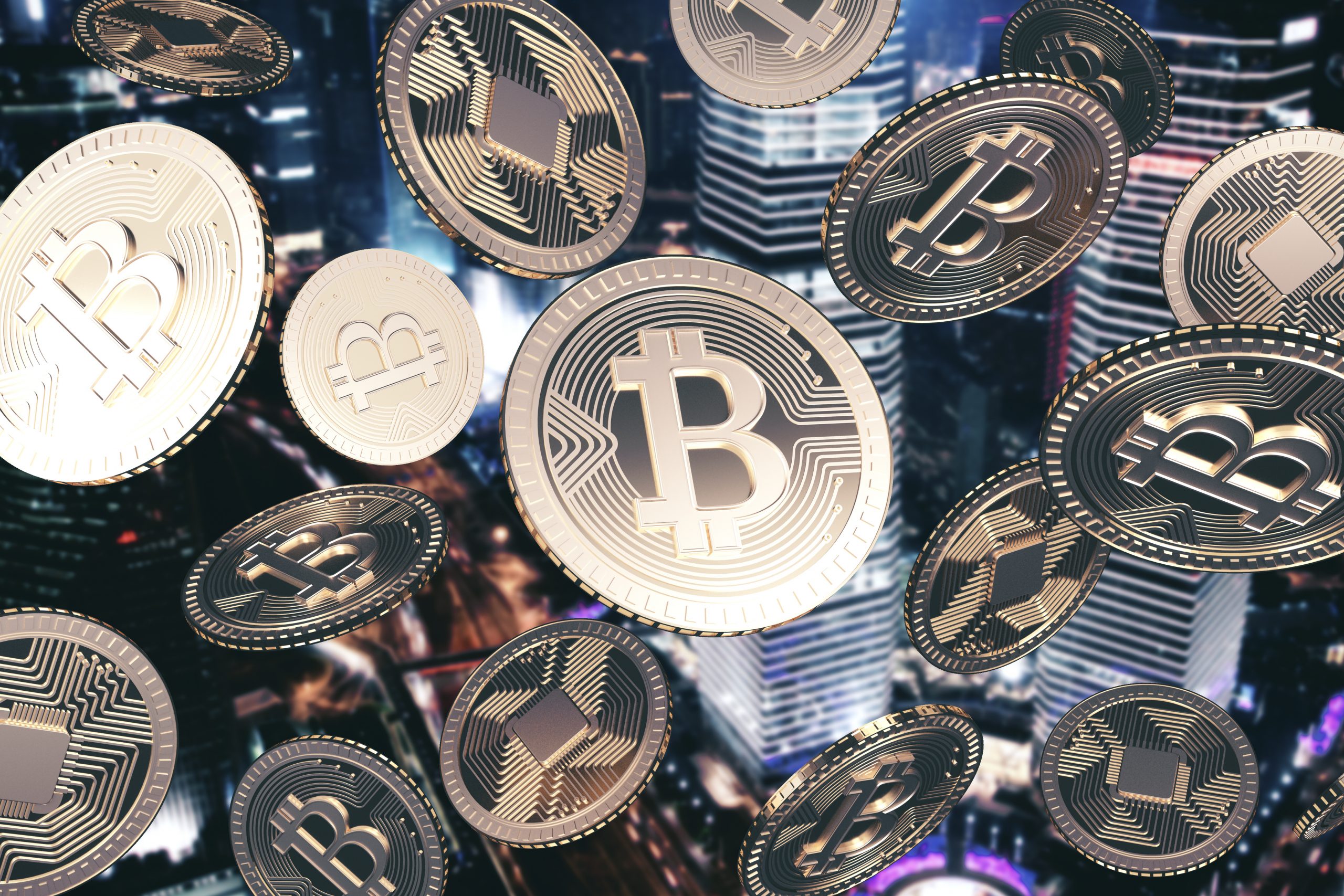 Crypto charity is booming in the US.

Statistics prove the point. The Giving Block (TGB), an online crypto philanthropy platform, received nearly $70 million in donations for its affiliated nonprofits in 2021, 1,588 percent more than in 2020. Cryptocurrency gifts donated through Fidelity Charitable, which houses donor-advised funds, exceeded $330 million in 2021, more than twelve times the amount contributed in 2020.

In a major move for the organization, the OU crossed into this new frontier in February 2022, when it began accepting crypto contributions through a partnership with the online platform Crypto for Charity. OU President Moishe Bane enthuses about the development. “This is a great opportunity for our constituents to donate to our vital programs in a new way.”

The organization has already received its first two crypto gifts—from David Isakov to support Abraham’s House, a vital learning and chesed program of OU-JLIC Downtown; and from Meir Wexler for Southern NCSY. Both donors hope that these gifts, beyond their programmatic impact, will alter the OU’s fundraising landscape by setting the stage for crypto giving going forward.

A Cryptocurrency Primer
Cryptocurrency, also called crypto, is a digital currency that takes its name from its use of encryption to authenticate and secure online transactions. Crypto units, or coins, are generated through a computer process called mining, then stored in crypto wallets.

Crypto is unique in that it relies on blockchain technology, a decentralized online-only database of crypto transactions. Coins are transferred directly from wallet to wallet, without a third party to wire the funds or verify the process. Nor is the system regulated in the traditional way investing and banking are.

While Bitcoin, the first crypto unit, was initially mined in 2009, crypto remains a relatively young currency. Steadily, though, more individuals are becoming conversant with its technology as it gains popularity and is accepted as a form of payment in a growing number of commercial settings. It has proven lucrative overall for investors despite market fluctuation, especially in an era when fiat currencies are often volatile. And it is, by all descriptions, a financial sensation.

As natives in the digital world, Millennials are more likely than older generations to buy crypto. Plus, the ability to track their investments in real time and to see exactly where on a blockchain they are stored is a huge incentive given their cautious approach to big government and big data.

Notable, too, is that owners of cryptocurrencies like Bitcoin and Ethereum are more inclined to be charitable, according to an October 2021 Fidelity Charitable study. Nearly half of them donated $1,000 or more to nonprofits in 2020, compared to 33 percent of the total investor community.

Crypto Opens a Window for NCSY
“I took a course at Princeton on how blockchain—colloquially known as DLT [distributed ledger technology]—fundamentally works and went down a rabbit hole,” recalls Meir “Wex” Wexler, who was astounded by its world-changing potential. “Blockchain technology is as monumental as the arrival of the Internet and the printing press.”

When NCSY National Director for Development Tiffany Yankovich, who has known Wex for twenty-five years, approached him about making the groundbreaking, initial crypto gift to NCSY, the idea resonated immediately. But he told her he would consider it only after teaching her about the technology. He sees this education as critical to NCSY’s success in tapping digital natives—Millennials, Gen Z and Gen Alpha—through this new wave of philanthropy.

“Given his background in crypto and his many years in NCSY in both the Southern and Midwest regions, I knew this was the perfect opportunity for him,” Yankovich notes. She took him up on his offer. 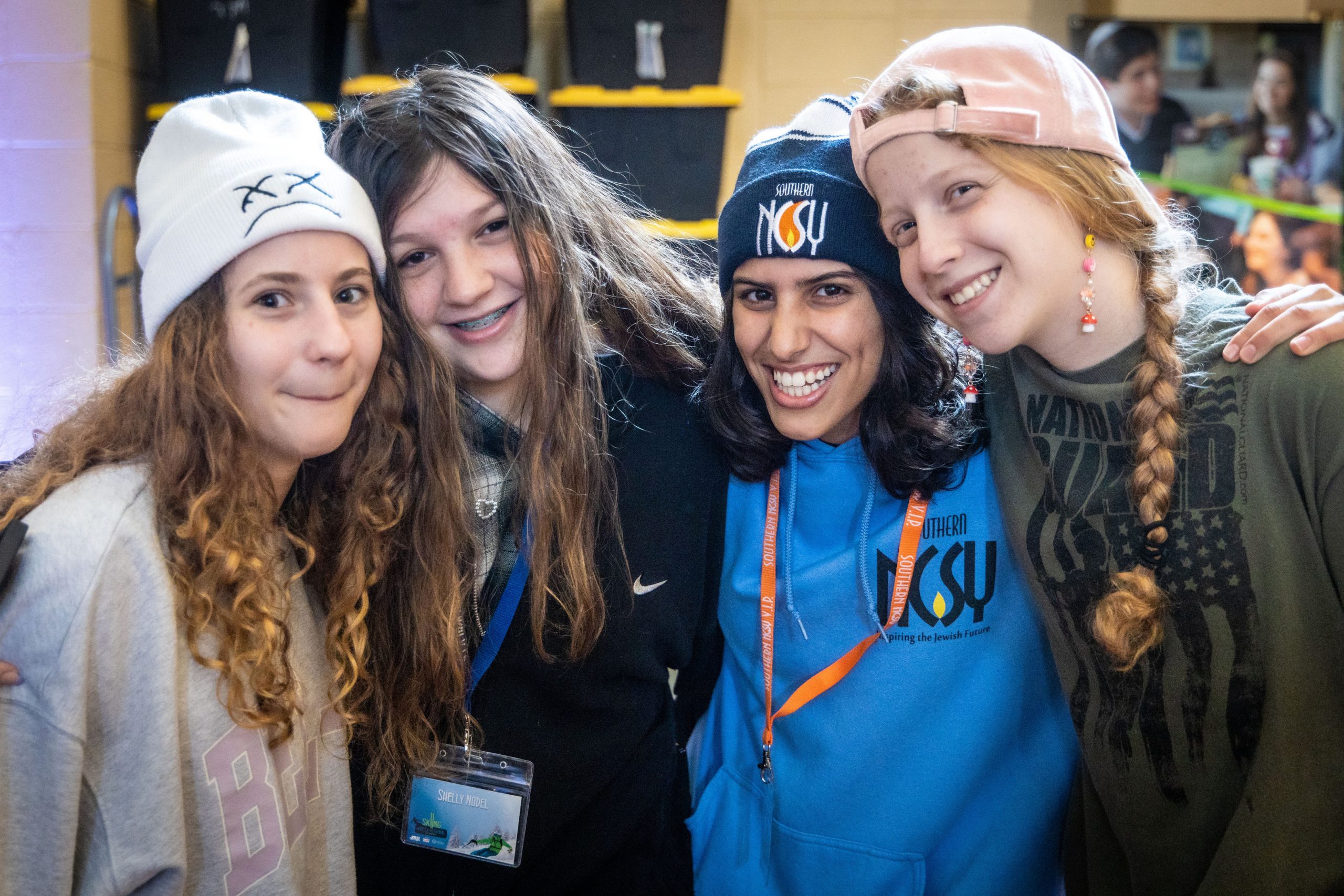 Wex is Chief Investment Officer of Descrypto, Inc., a publicly traded holding company that acquires blockchain startups, and the co-founder and CEO of Union of Transparency, a sort of Better Business Bureau that shields investors from scams in the blockchain space. He also serves as an advisor to several blockchain startups, including Computis, a crypto-tax software company.

Yankovich says that Wexler showed her “the vital importance of making NCSY (and by extension, the OU at large) hospitable to crypto donation. Doing so conveys that we are not stuck in our ways, and that is key to engaging younger audiences who want to give differently from their parents and grandparents.”

Meir and Becca Wexler’s gift to Southern NCSY is in honor of Becca’s decade of dedicated service as the region’s relationship specialist and in loving memory of her mother Linda Cohn, who passed away on Hoshana Rabbah this year.

Wexler is grateful for the chance to be a lodestar “for new pipeline funding to NCSY by modeling how to reach the thirty-five and under set, beyond the usual base of donors over fifty.”

“It’s an honor to give back,” he adds. “I hope my fellow NCSY alumni will join me.”

Crypto Challenge Accepted
Like many of his peers, David Isakov allocates a portion of his investment portfolio to crypto. A corporate attorney for hedge and private equity funds, he watches the market, taking into consideration fluctuations and tax impact, to determine the right time to make a charitable contribution. So he was poised to say yes when Rabbi Joe Wolfson asked him about fulfilling a commitment to OU-JLIC Downtown’s new initiative, Abraham’s House, in cryptocurrency.

An NYU alum, Isakov met Rabbi Wolfson when he returned to the area for a Chanukah event. He was later inspired to join a Killing Covid with Kindness effort, launched by the rabbi and his wife Corinne Shmuel, who co-coordinate the OU-JLIC Downtown community.

During the pandemic, this group of 200 volunteers assisted local residents who had no other lifeline, making visits and phone calls to isolated seniors, delivering groceries and distributing more than 180,000 free meals, running Zoom reading groups for middle school kids struggling with remote learning, and securing hundreds of vaccine appointments for those unable to navigate the digital booking system.

“Our contributions, both physical and financial, filled a void in the neighborhood at the height of Covid,” Isakov reflects. “And we as volunteers found important connection in the experience. It was life-changing. It was also an enormous kiddush Hashem.”

Abraham’s House evolved out of the Killing Covid initiative. Isakov was excited to help get it off the ground because its mission of building community around chesed resonated. Each semester-long cohort of university students and young professionals will study the Torah value of assisting others, while also engaging in the hands-on work of helping those in need. 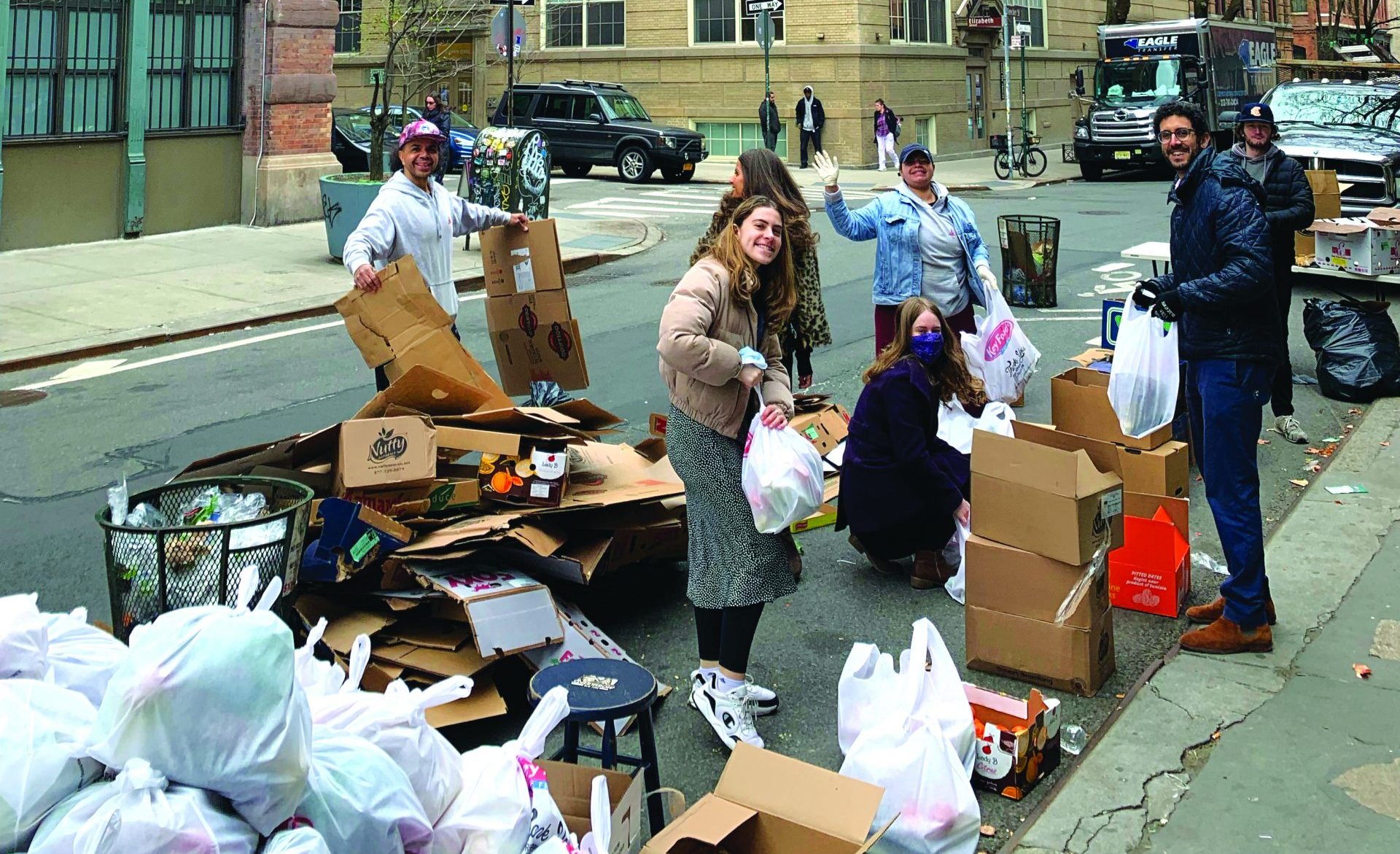 “David is a longtime supporter of our programs,” says Rabbi Wolfson. “But it was especially meaningful for him, and for us, that his was OU-JLIC’s first crypto gift—and the first ever to the OU—after the organization opened the door to this kind of giving.”

“Crypto currency is fast becoming an everyday reality for folks in their late thirties and younger,” says Rabbi Wolfson. “No one will consider a Bitcoin donation revolutionary fifteen years from now. But we are working with a population where trends emerge, and we are happy to be setting the pace.”

Isakov concurs, stressing that there is “absolutely no downside” to making the OU a welcoming venue for crypto donations.

He believes that “crypto is hip, and it brings a sense of relevance and cachet to the organization. It sends a message that the OU’s work is cutting edge because the organization is at the forefront of this development.”

The Future, Not a Fad
There is a great deal of excitement around cryptocurrency as a high market asset. At the same time, the general population is becoming more familiar with its technology as it edges into our everyday lives. According to a recent White House statement, surveys indicate that approximately 40 million adult Americans (about 16 percent) have used, traded or invested in crypto. Yet in many ways, crypto remains very new terrain.

In early 2022, President Biden signed an executive order laying out a first national policy for digital assets that includes crypto oversight. Regulations and tax laws related to crypto and crypto giving are still evolving. A significant learning curve also remains for those unfamiliar with the inner workings of crypto but who are are eager to wade into its waters.

Nevertheless, crypto is the future, not a fad. It possesses enormous potential for investors and has the power to transform the philanthropic landscape.

An outstanding example of its metamorphic potential is the more than $50 million in crypto sent to Ukraine (as of this writing) to support its resistance against the Russian invasion. In late February, the Ukrainian government tweeted that it was accepting crypto donations and provided its official wallet address. Major blockchain businesses, industry leaders and thousands of individuals across the globe responded, generously opening their own crypto wallets. And nonprofit organizations providing humanitarian aid in Ukraine have raised millions of additional crypto, proving the extraordinary impact this new currency can have on the public good.

As Tiffany Yankovich observes, “Many people avoid engaging with crypto because they find the technology daunting. But there are so many resources out there to guide us and help us understand it. We at the OU have only to gain from it.” 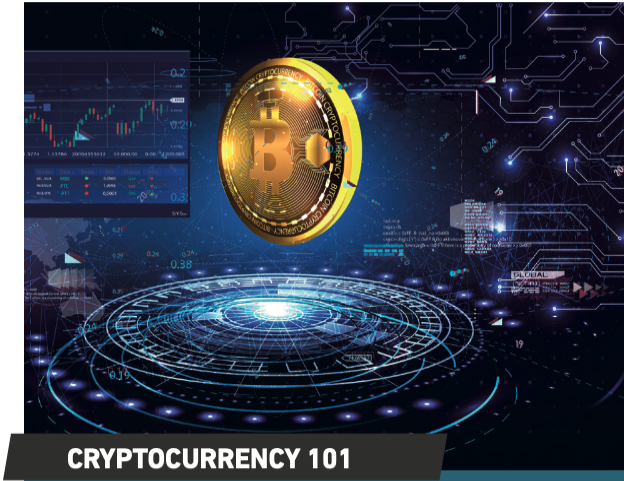 Cryptocurrency or Crypto
Digital currency that gets its name from the encryption used to verify and secure online transactions without the oversight of a regulatory third party.

Blockchain
An online-only database that stores a decentralized, secure record of crypto transactions.

Private Key
Similar to a password, it creates an easily verifiable digital signature that proves crypto ownership and provides access to cryptocurrencies.

Crypto Wallet
Crypto wallets store and protect an investor’s private keys, while enabling the sending and receiving of crypto payment.

Merri Ukraincik has written for the Lehrhaus, Tablet, the New York Jewish Week, Hevria, the Wisdom Daily, and other publications, including Jewish Action. She is the author of I Live. Send Help, a history of the Joint Distribution Committee.

0 0 votes
Article Rating
This article was featured in the Summer 2022 issue of Jewish Action.