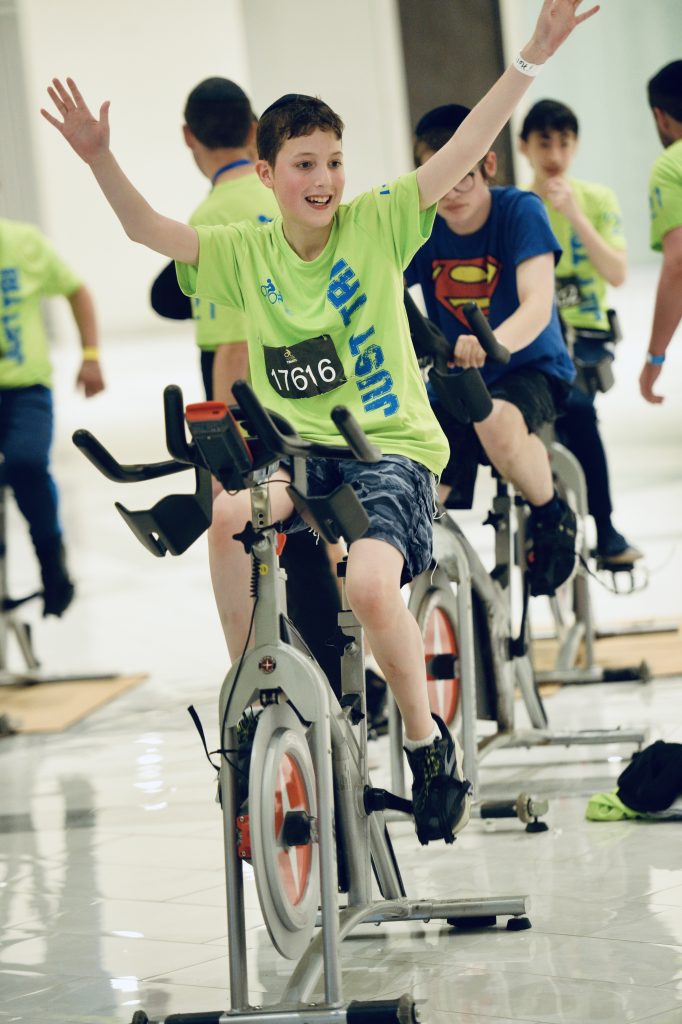 Over 200 athletes from across the tri-state area participated in The IVDU Dream Triathlon at the American Dream mall in New Jersey in May. An epic run-swim-cycle competition, the event raised awareness and over $100,000 in support of Yachad’s the Marilyn and Sheldon David IVDU Boys and Girls Upper Schools for Orthodox Jewish individuals with disabilities. Photo: Dmitriy Kalinin 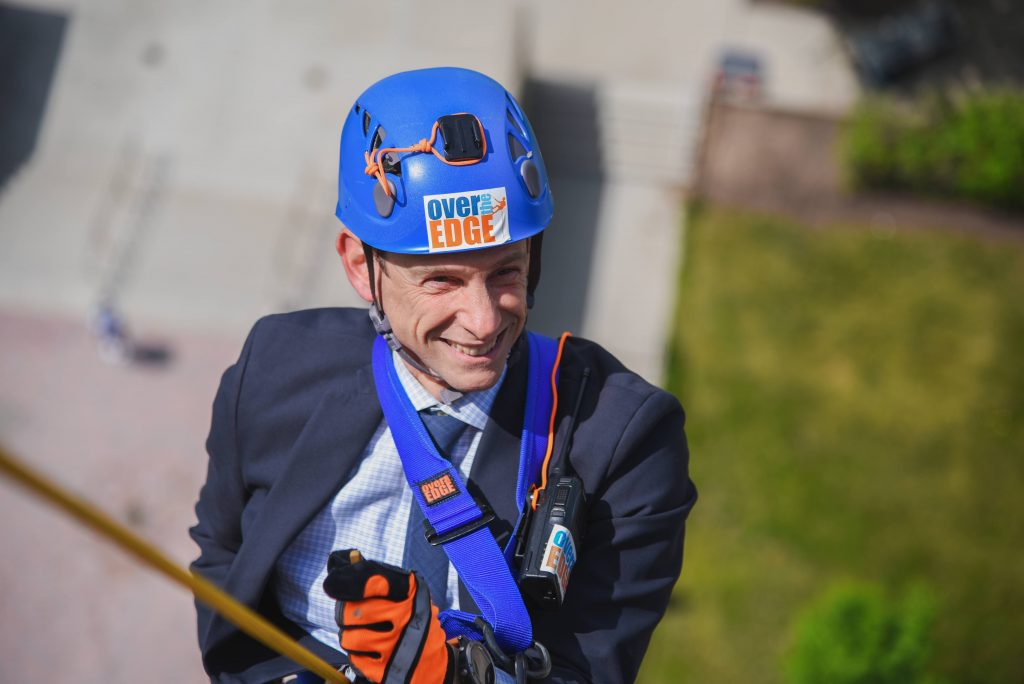 You can only safely step off a ledge if you trust those who are supporting you. As a new member of the OU team, I’m grateful for our supporters, both professional and volunteer, and was confident in their backup.

Mike Lemay (left) of Reset IV, an IV therapy service, with Las Vegas NCSYer Idan Malka, who is measuring the distance of Lemay’s golf ball. The ball landed just eighteen inches short of a hole-in-one at Las Vegas NCSY’s inaugural golf tournament, held last April. The brain-child of the Silver family of Las Vegas and presented in partnership with Reset IV CEO Daniel Rubenstein, the tournament raised $30,000 for the Las Vegas chapter, with forty-eight golfers competing.
The tournament also marked the official announcement of the region’s Scholarship Campaign, held in June, which raised $120,000 to send NCSYers in Las Vegas on NCSY Summer programs in Israel.

And the Winner Is… 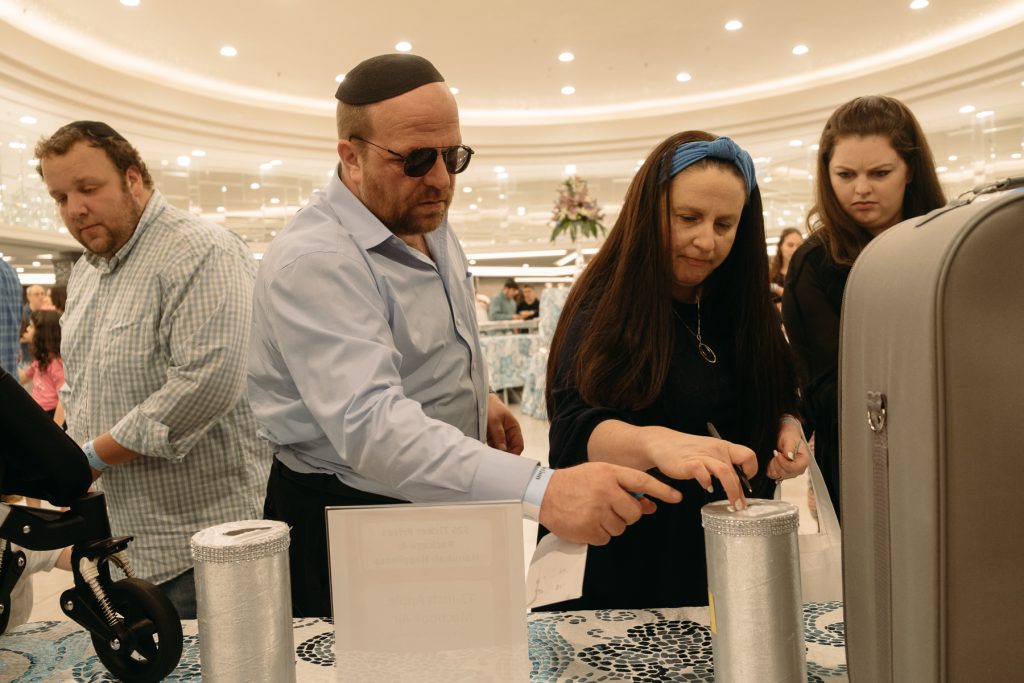 Over the past year, OU-JLIC has been constantly devising new, creative ways to support Jewish students on campus while ensuring their safety. 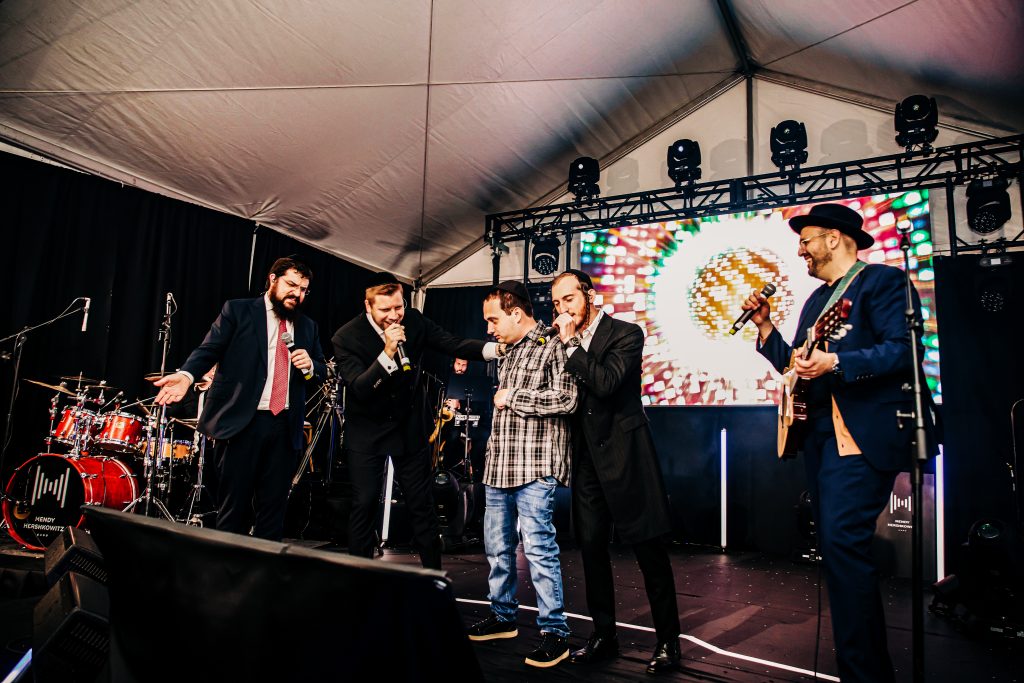 Yachad member Jake Rosenthal (center) joined performers (from left) Benny Friedman, Mordechai Shapiro, Shulem Lemmer and Eli Schwebel on stage at Yachad’s Backyard VIP Concert, held this past May in Lawrence, New York. Hosted by Ruthy and Aaron Jungreis at their home and sponsored by the Ralla Klepak Foundation for Education in the Performing Arts, the outdoor concert attracted 250 people, and was later watched virtually by 20,000 viewers. The event raised $275,000 to support and expand Yachad’s programming on Long Island and around the US. Photo: Michael Drandoff

OU-JLIC Cornell students walked, ran and even unicycled a 5K around Cornell’s Collegetown campus last May, raising $12,812 for their campus’ activities.

OU-JLIC West’s energetic campaign in May raised over $80,000 from students and alumnae in general funds for OU-JLIC programming on campuses in the region, which include UCLA, Santa Monica College, Western University, CSUN, Pierce College and Valley College.

Highlights of the NCSY Gala

Showcasing decades of NCSY’s impact, the annual NCSY Gala, held at the Marina Del Ray in the Bronx, New York this past June, raised over $670,000 in support of NCSY’s programs across North America, Chile, Argentina and Israel. The evening also included the announcement of an annual scholarship for NCSY’s Camp Maor in memory of Ari Kahn, z”l, at the Twenty-Fifth Annual Ben Zakkai Honor Society Scholarship Reception, held concurrently with the Gala. Photos: Josh Weinberg 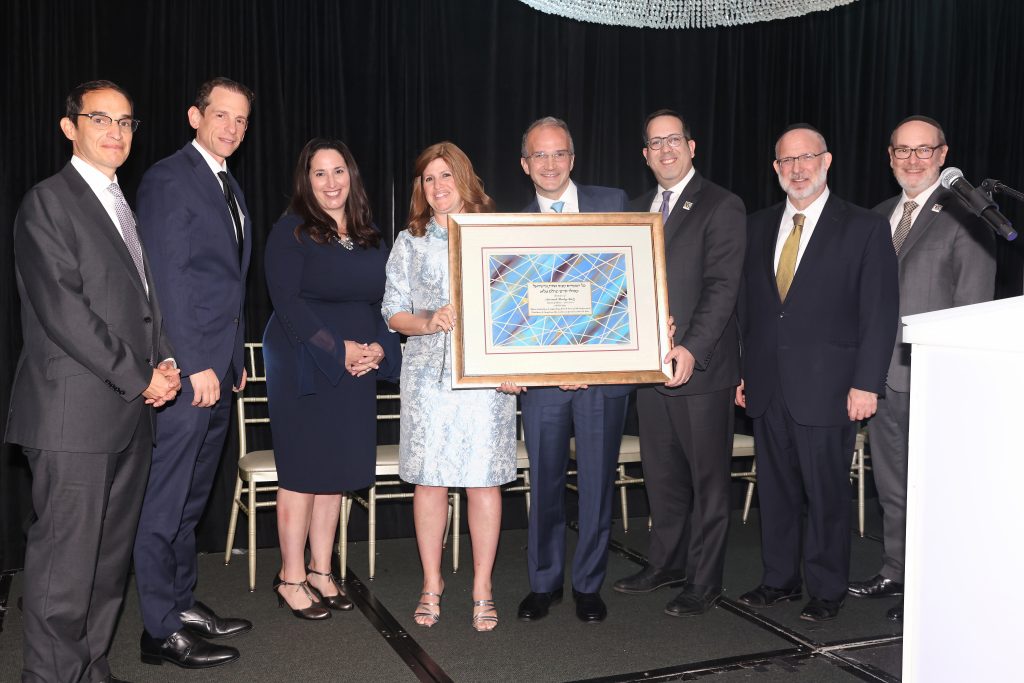 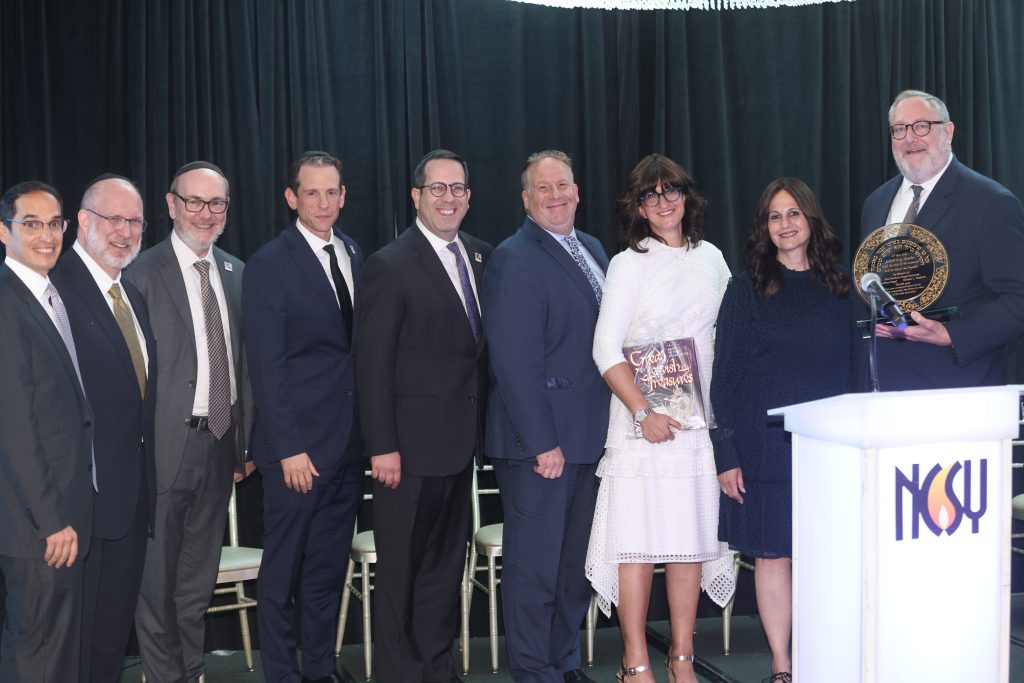 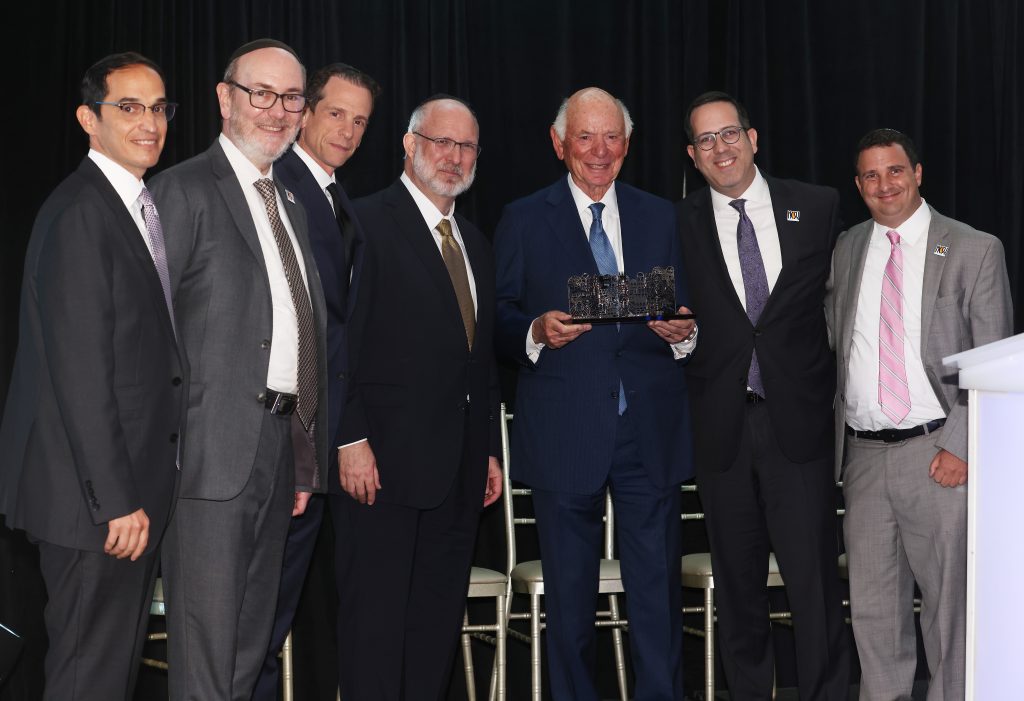 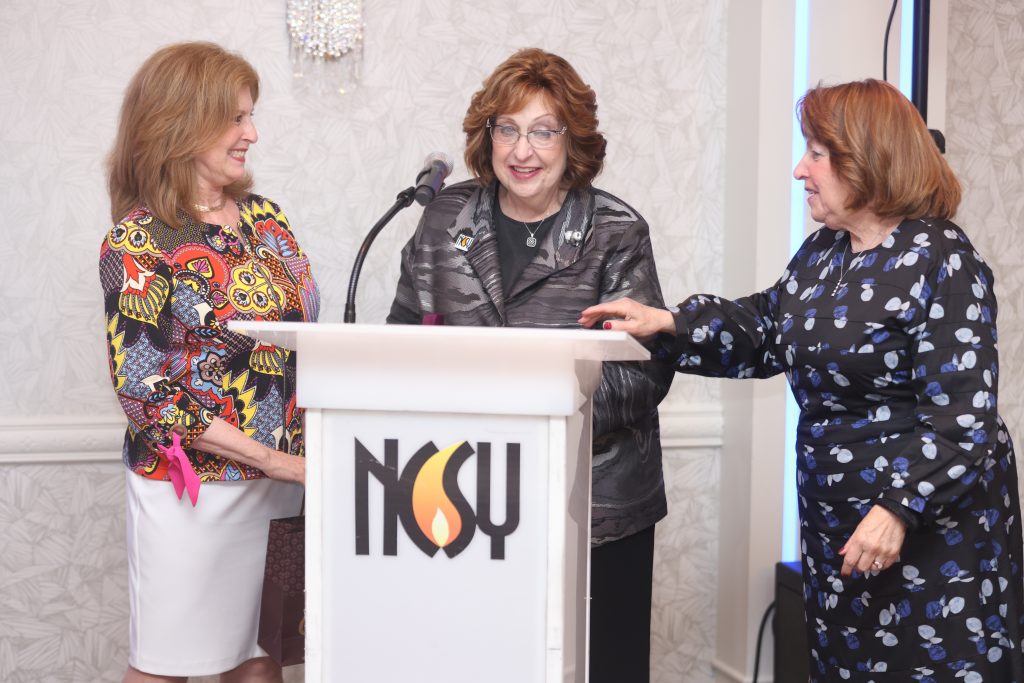 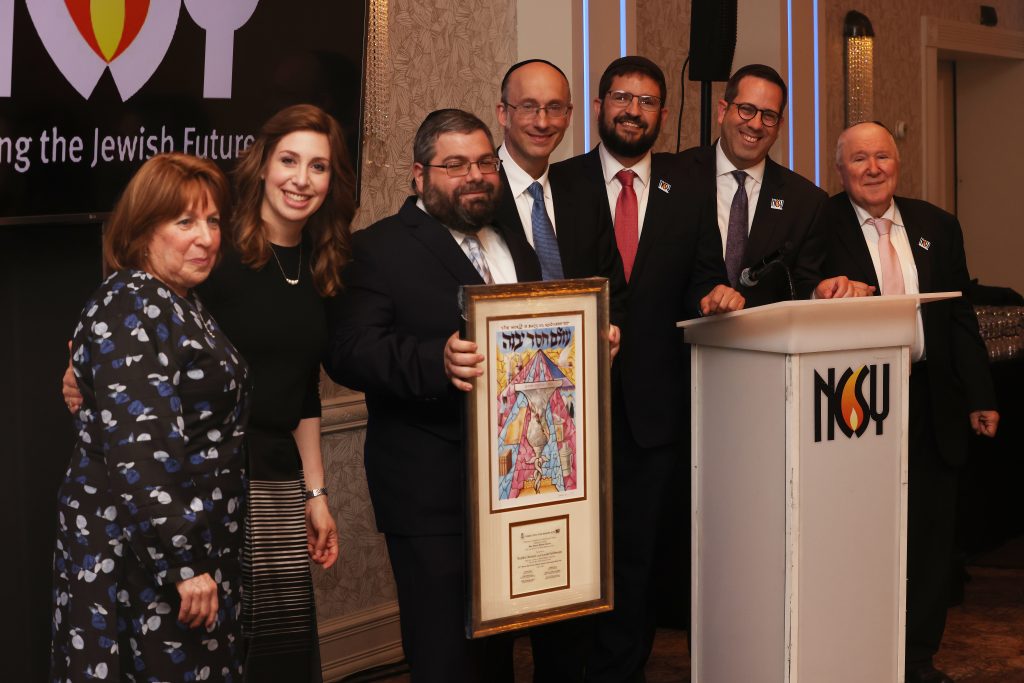 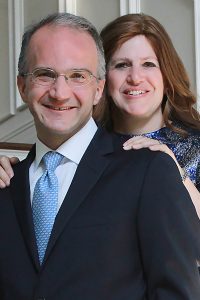 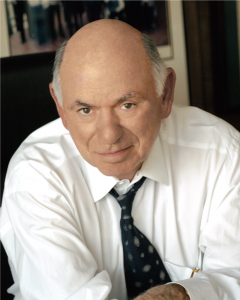 Awardee Bernie [Marcus] and I believe it’s critical to support our young people and provide them with knowledge and inspiring experiences that will have a lasting impact for generations.