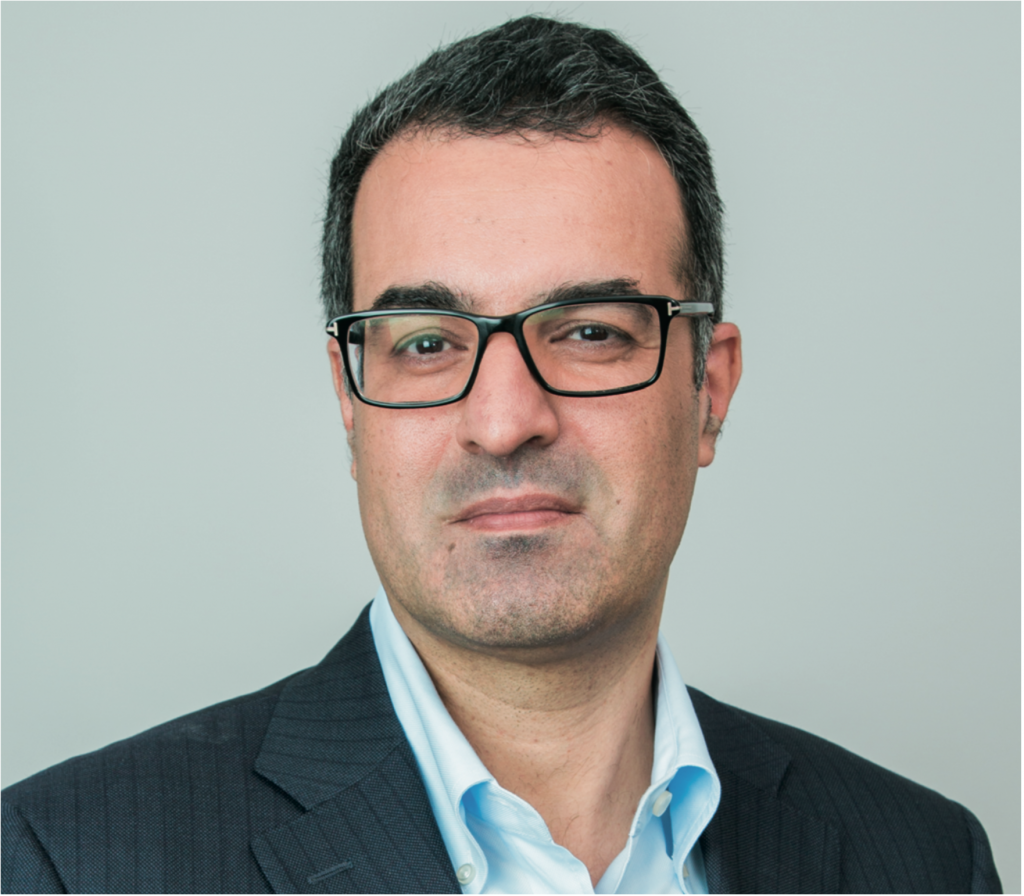 Lior Arussy’s larger-than-life reputation precedes him. Raised in Israel in a Dati Leumi family, Lior first entered the start-up world when he joined Accent Software, a multilingual software company, in 1994. He was then involved in one of the start-ups that launched Israel’s “start-up nation” phenomenon: Finjan Holdings, a cybersecurity company now publicly traded on Nasdaq. Once his company went public, Lior moved to Silicon Valley with his American wife, Drora, spending more than twelve years in executive positions in the high-tech world.

In 2003, he started Strativity, where he began working with companies such as Mercedes-Benz, the Metropolitan Museum of Art and Royal Caribbean to help them create positive, personal customer relationships and employee experiences. Lior stresses that the key ingredient to having a successful company is having empowered employees. “It doesn’t matter what the CEO says. It matters what Suzy from accounting does,” he said. “Engage your employees, and your company will see results.”

When choosing a cause to support, Lior focuses on an organization’s successes—and he doesn’t confuse passion with competence. When Lior met Rabbi Ethan Katz, Director of NCSY Relief Missions, he recognized that this program perfectly fit his view of philanthropy.

NCSY Relief Missions trains and sends high school students to disaster sites throughout the United States and Puerto Rico to provide immediate relief to victims. Often, they are the first boots on the ground. “Relief Missions educates teenagers through service to others,” said Lior. “Rabbi Katz feels that we can challenge them with hands-on experiences that they can own. The teenagers become givers, not passive recipients, by physically helping victims of natural disasters. This experience creates the leaders of tomorrow.”

As for Rabbi Katz, he sees Lior as his mentor. “He is one of the busiest people I know, but he is actively involved in every detail of the program.”

We invite you to join us and make a difference. Contact Arnold Gerson at agerson@ou.org or visit ou.org/giving.

Since the program’s first mission in 2005 to New Orleans in the wake of Hurricane Katrina, more than 1,800 teenagers have participated in over 100 missions to twenty different locations. The missions have made a tremendous impact on disaster victims, and have transformed participants’ lives, giving them the opportunity to live Jewish values in real time. Teenagers return home imbued with a sense of purpose and often take on leadership roles in their own communities.

“Working with Rabbi Katz, and then with [OU Senior Managing Director] Rabbi Steven Weil and the greater OU has augmented and accelerated our overall commitment to the program. These are not bureaucrats, where you never know what difference the money will make. Here you know the job will get done,” said Lior. “The OU and NCSY Relief Missions are doing amazing work, and it’s a privilege to be there when they need me. I provide guidance, but Rabbi Katz makes it happen.”

Lior’s influence goes further than business models. A father of five, whose children are also involved in New Jersey NCSY, Lior travels internationally on a regular basis and makes tremendous sacrifices to be home with his family for Shabbat. In fact, Lior has non-Jewish clients who noticed that he was unavailable for the twenty-five hours of Shabbat, he said, and have decided to implement this time-tested approach for taking time to recharge and reconnect with friends and family.

“I have had the blessing of working with many lay leaders, but I have never had the opportunity to work with someone as strategic and creative as Lior,” said Rabbi Weil. “He is a fascinating person, and a talmid chacham as well. Having him as a supporter is a tremendous asset to our organization.”

A Hole in One for NCSY 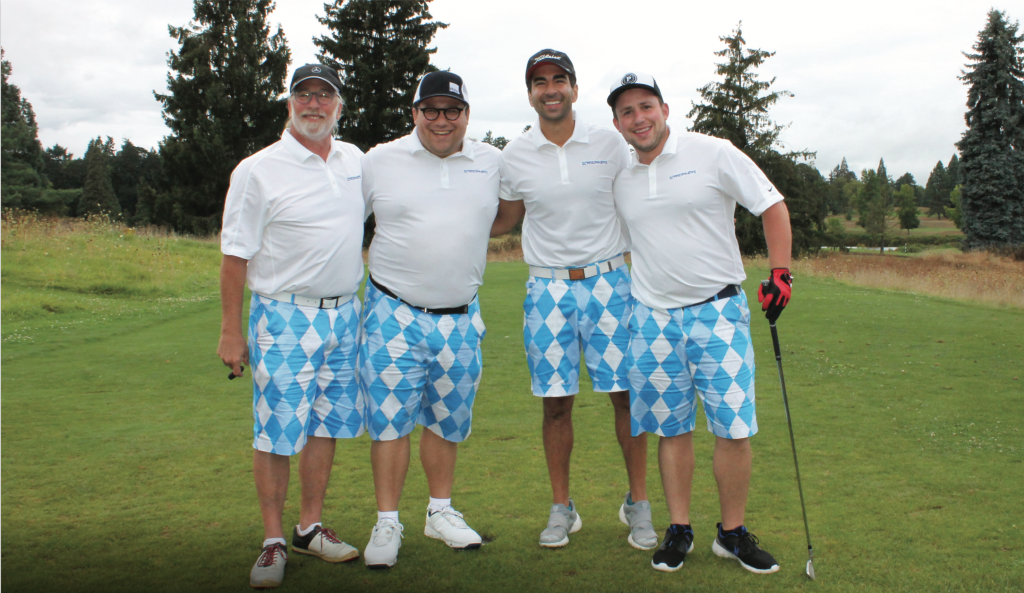 Through the tournament, I channel my enjoyment of golf into enriching the lives of today’s Jewish youth—what could be better?” —Tournament Co-Chair Ron Sidis

Despite the rain, spirits were high at NCSY Oregon’s 6th Annual Kishka Klassic Golf Tournament & Benefit BBQ Lunch held this past September at the Red Tail Golf Center in Portland. With nearly 100 in attendance, the golfers munched on brisket and falafel as they chipped and putted their way to victory in the eighteen hole tournament. The day’s activities also included a chance to win $50,000 at the Hole-In-One Contest, a raffle and a classic paddle-raising auction. By day’s end, $32,000 were raised to support NCSY Oregon’s programming, including JSU clubs, Shabbatons and scholarships for summer programs in Israel.

Philanthropy Behind the Scenes 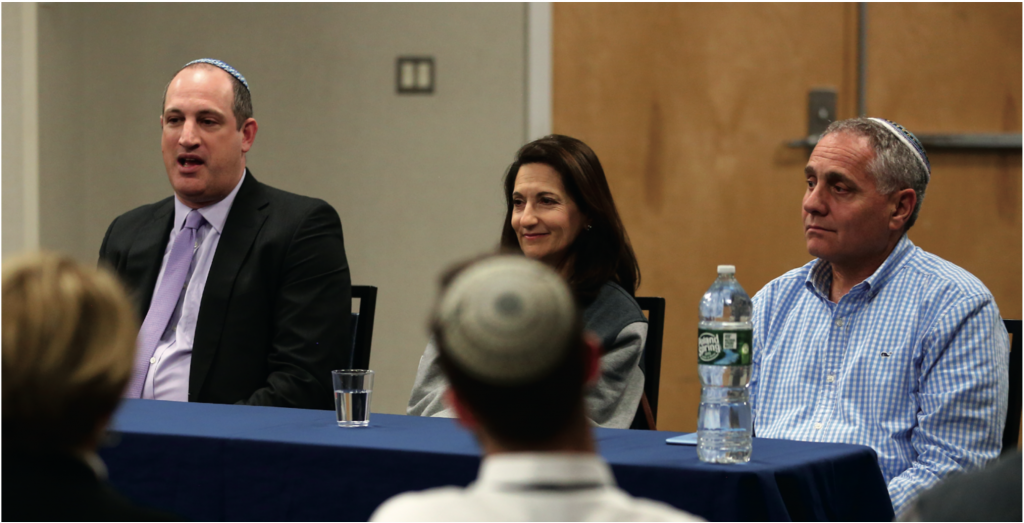 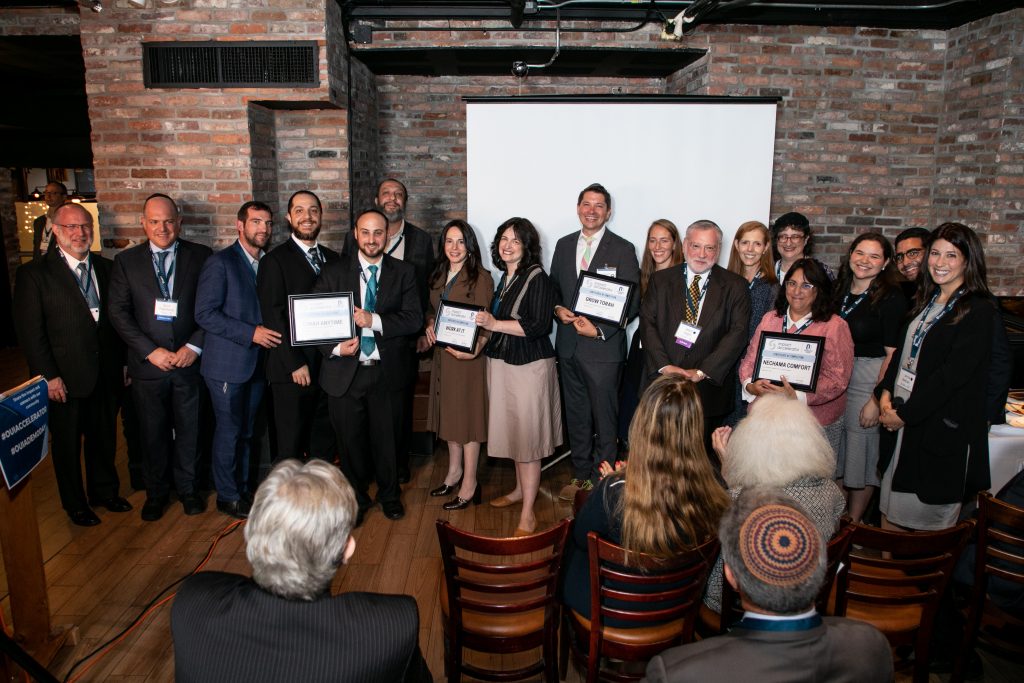 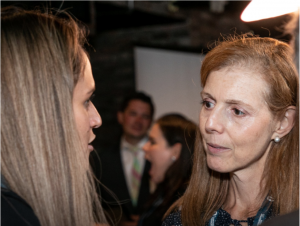 Nearly 100 philanthropists, lay leaders, influencers and entrepreneurs attended the first-ever OU Impact Accelerator Demo Day at Bedford on Park in Manhattan this past September in celebration of the Accelerator’s inaugural cohort’s graduation. During the event, each member organization showcased its achievements from the past year.

“Through this initiative, we are harnessing the power of entrepreneurship in order to move our community forward,” said Impact Accelerator Founding Director Jenna Beltser.

“The Accelerator has been our mini MBA,” said NechamaComfort Founder and Director Reva Judas during her presentation. “If only we could apply again!” 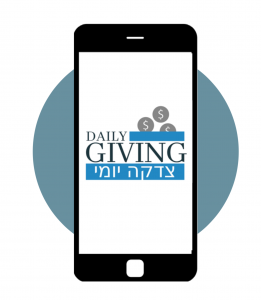 What Your Dollar Can Do

If you could guarantee a mitzvah a day for just a dollar a day, would you do it? That’s the question chiropractor and longtime NCSYer Dr. Jonathan Donath of White Plains, New York, asked when he launched Daily Giving this past year. When you give a dollar a day to this tzedakah initiative—run entirely by volunteers—every penny goes to support forty-two different national charities selected by Daily Giving’s rabbinical board—including NCSY and Yachad. “Jonathan’s investment in us is personal; he cares about us and understands who we are,” said Tiffany Yankovich, NCSY Associate National Director of Development and a fellow NCSYer with Donath back in the ‘90s.

Since its launch in January of this year, Daily Giving has raised over $360,000. It will be contributing at least $12,000 combined to NCSY and Yachad over the next year, and the numbers will keep growing as more people sign up. 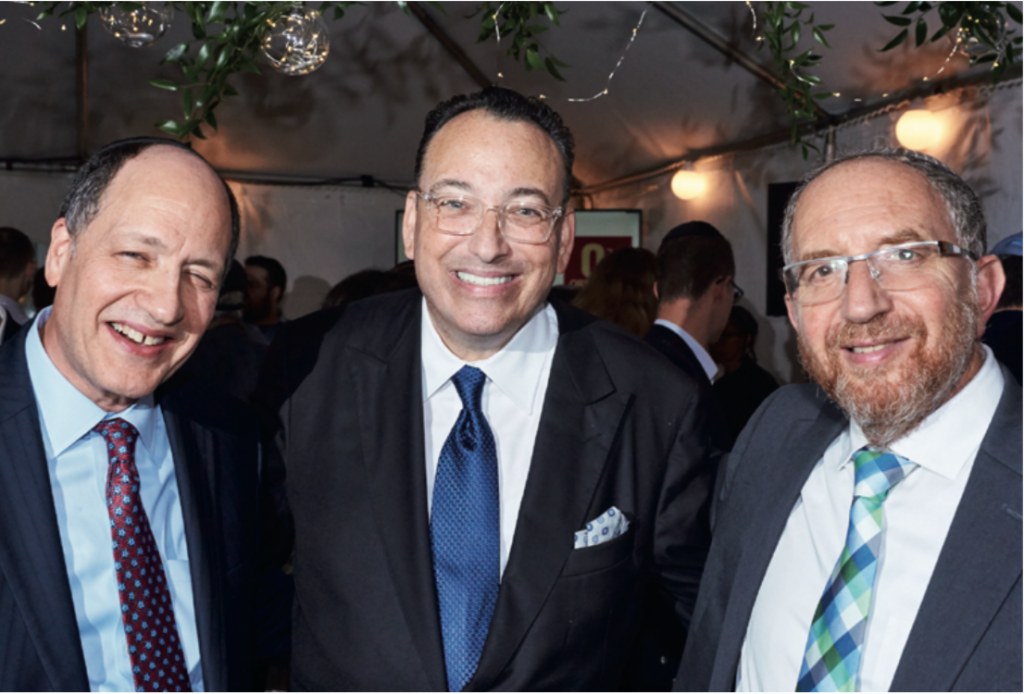 Being a Campus Educator is not a job; it’s a calling. These educators really embody Jewish leadership.” — Rabbi Pinny Rosenthal, OU-JLIC National Director of Development