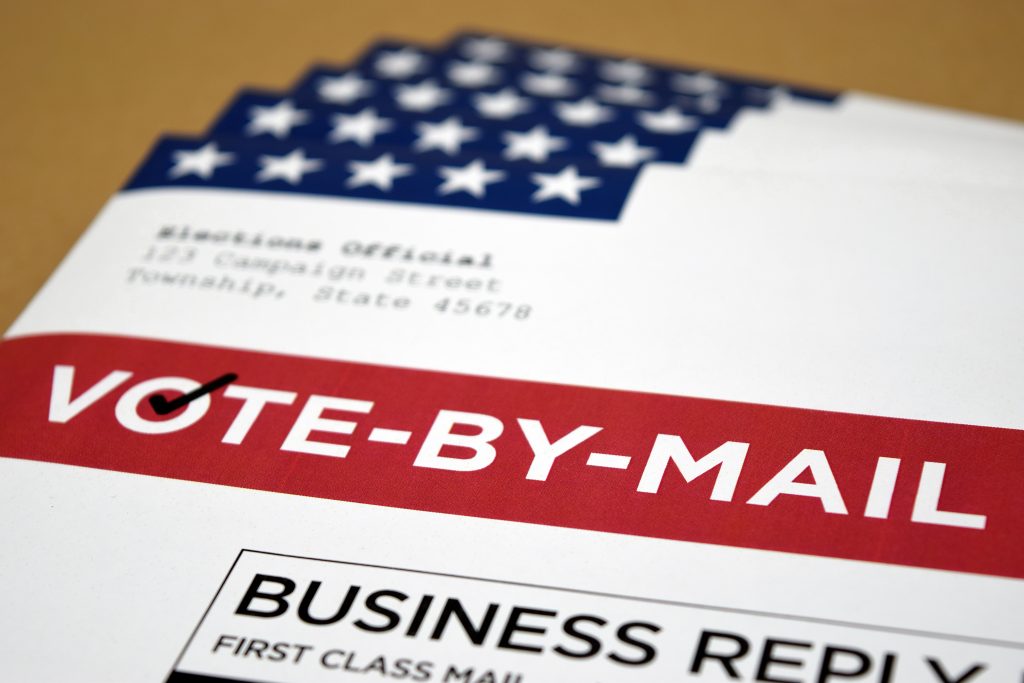 With a $12,500 grant from the Hertog Foundation, Teach Florida’s Advocates of Tomorrow Fellowship, a project of PC20, trained twenty college students in community organizing and voter outreach. Over the course of the month-long program, fellows successfully added more than 1,000 Floridians to Teach Florida’s voting rolls and processed more than 1,500 vote-by-mail requests. “This program brings new meaning to the idea of Jewish activism,” said Roger Hertog. “It should be a model for every Jewish community in America.” 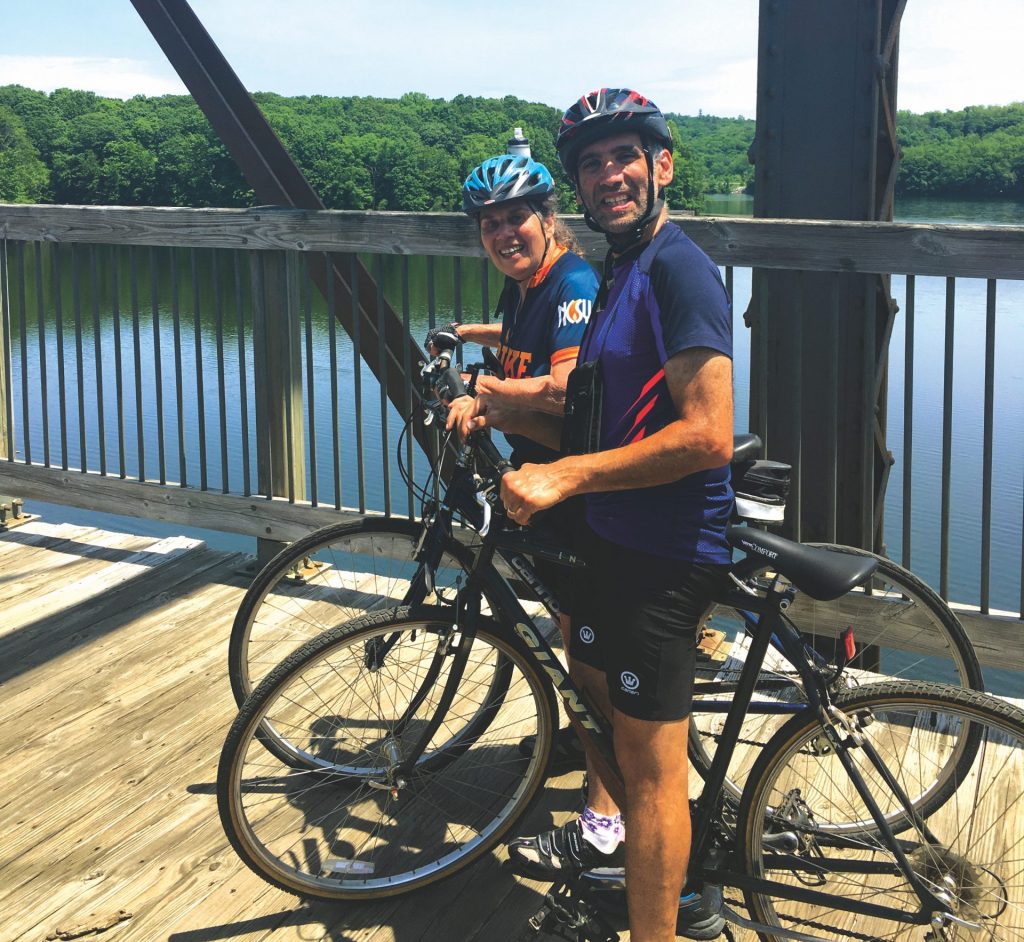 Due to the pandemic, NCSY Director of Alumni Rabbi Yehoshua Marchuck and his team had to find a creative way to make the much-anticipated Bike NCSY happen. For the first time in its history, Bike NCSY went cross-country, with 190 riders traversing over thirty routes in eighteen cities across the US, raising over $160,000 in scholarship funds to enable teens to have a transformative gap year of Torah learning in Israel. “Bike NCSY is everyone’s ride, for all ages and skill levels,” says Rabbi Marchuck. “We look forward to building on this success by creating even more routes across the country.”

Full Moon Hike for the Zula 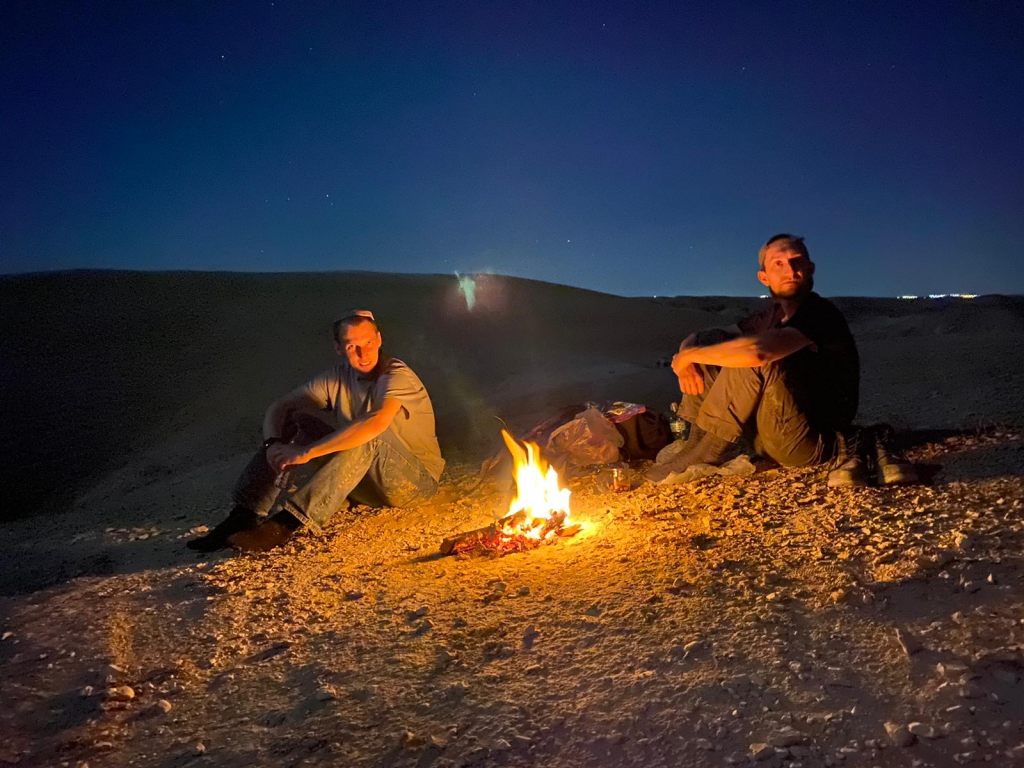 Hikers take a break around a campfire in the Judean Desert. 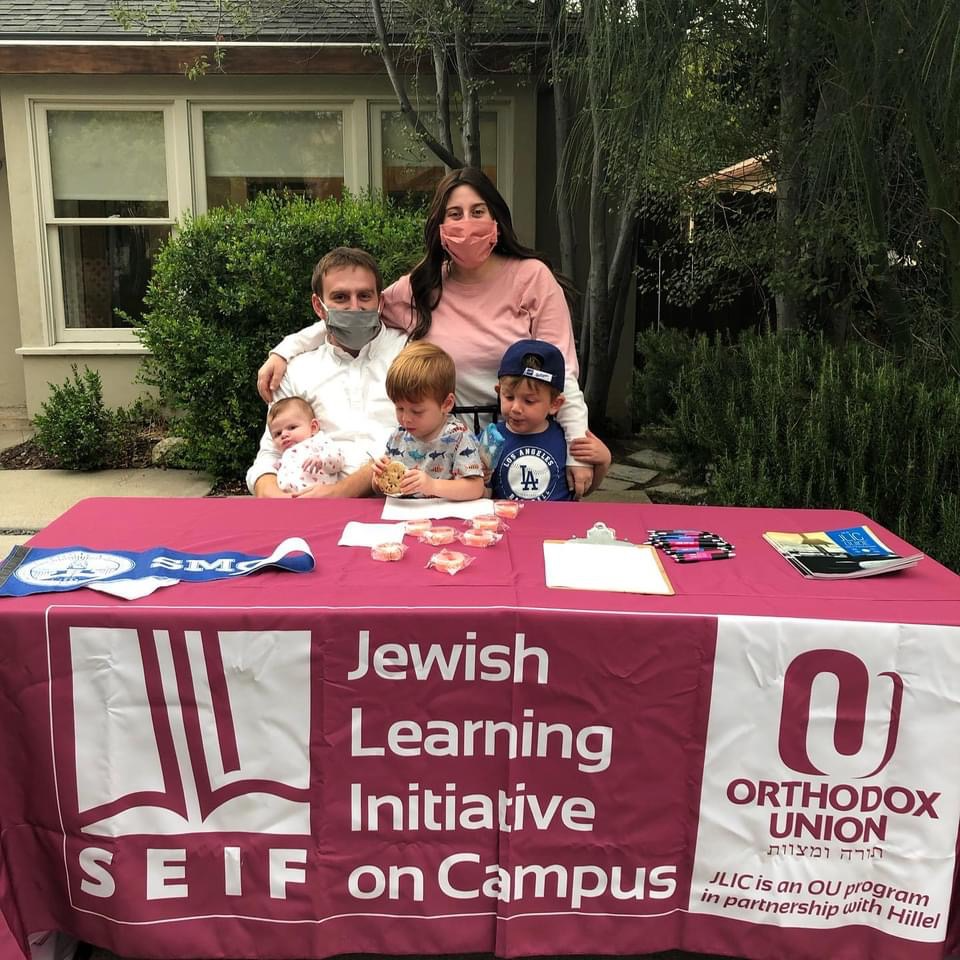 Continuing ten years of dedicated support, the Jewish Federation of Greater Los Angeles provided a $65,000 grant to OU-JLIC West for programing that will provide for student mental health and wellbeing, Jewish learning, and leadership training for students at UCLA, Santa Monica College (SMC), and California State University, Northridge (CSUN). “Providing for a vibrant Jewish life during the college years is especially crucial this year, when the pandemic has changed the landscape of the college experience,” says Sharona Kaplan, Director, OU-JLIC West. “Whether our students are attending college virtually or in person, we want to ensure that that they feel like part of a community.”

Putting to Victory for NCSY 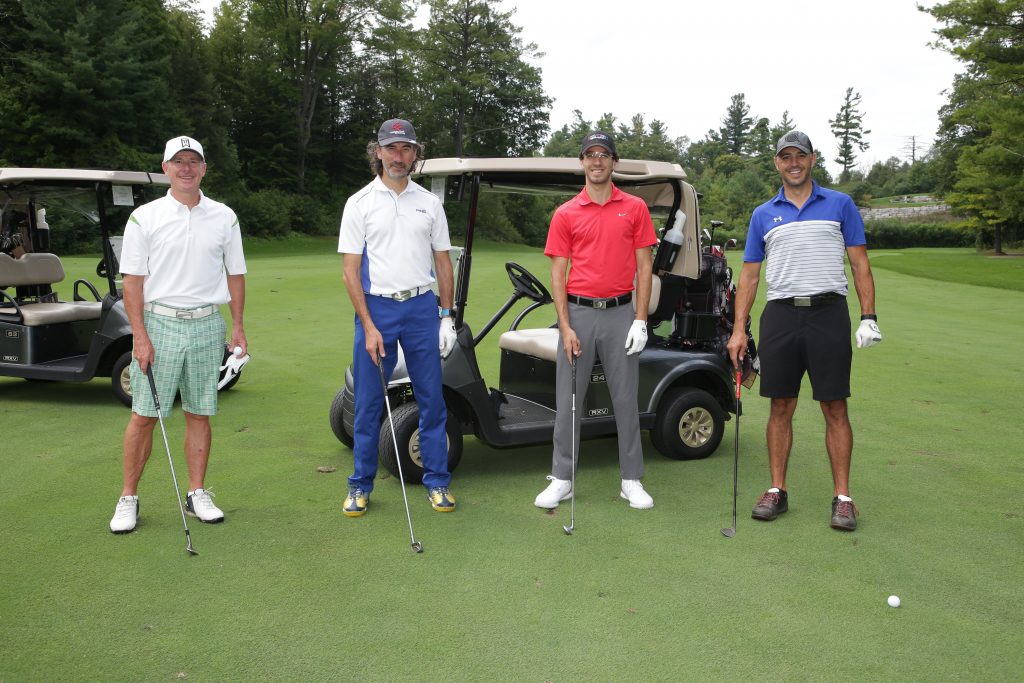 Despite the threat of Covid-19 setbacks, the 19th Annual Kishka Klassic Golf Tournament went off without a hitch! Held at the Copper Creek Golf Club in Kleinburg, Ontario, seventy-two golfers enjoyed kishka and BBQ as they putted and chipped in support of NCSY Canada and Torah High.

Summer of Giving with Project Community 2020

When Covid-19 threw summer plans to the winds, the OU’s signature programs—NCSY, Yachad, Teach Coalition and OU-JLIC—responded with an array of programs through Project Community 2020 (PC20) that gave thousands of teens, college students and individuals with disabilities an impactful summer of chesed and connection. This was all made possible by the generous support of foundations and individual donors across North America, who collectively raised over $320,000 for PC20 programs. 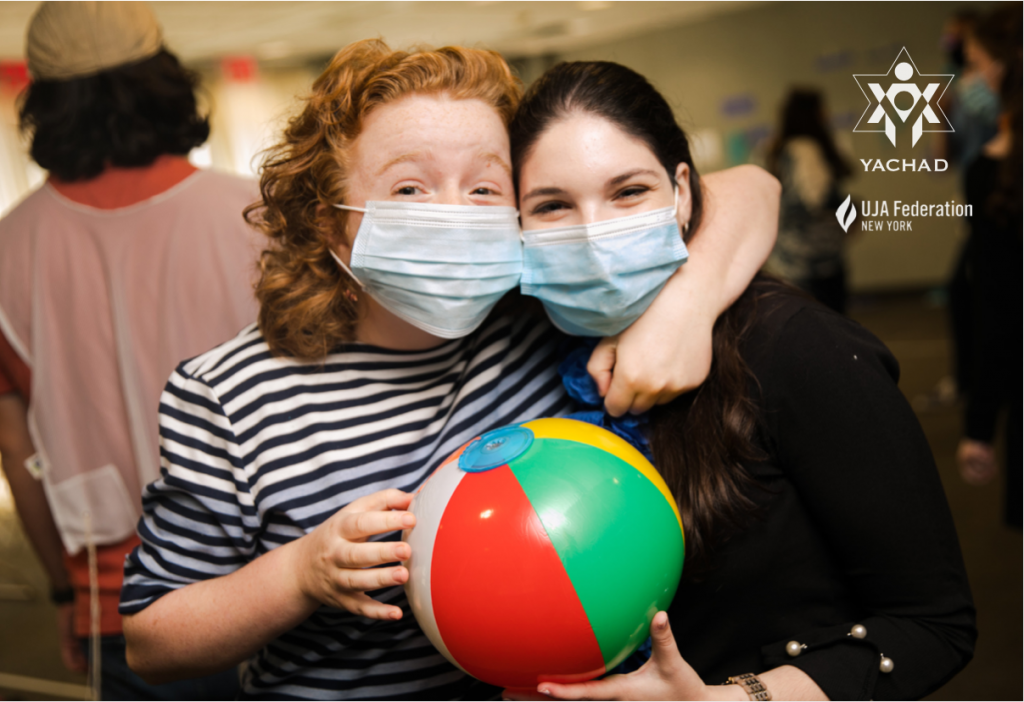 Raising more than $150,000 for its PC20 programming across North America, Yachad provided over 350 Jewish individuals with special needs with recreational activities, Torah learning and volunteer opportunities with the assistance of roughly 150 volunteer teenagers and college students. Yachad members enjoyed virtual events, small-group in-person activities, and outdoor visits thanks to the support of dozens of donors, including the Community Chest of South Shore, UJA-Federation of New York, the Jewish Federation of Northern New Jersey, the Nancy Lurie Marks Family Foundation, Combined Jewish Philanthropies (CJP) and the Ruderman Family Foundation. 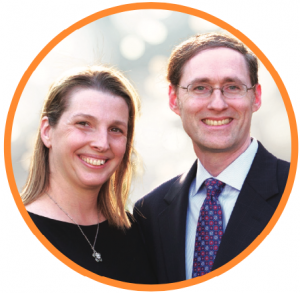 “So much of our own children’s growth and development has been impacted by the various summer camps and programs that they have attended over the years. The fact that almost all of these programs were cancelled this year meant that so many of our community’s children would be deprived of an enriching and fulfilling summer experience. When we learned about Project Community 2020, we knew that this was something we wanted to support.” 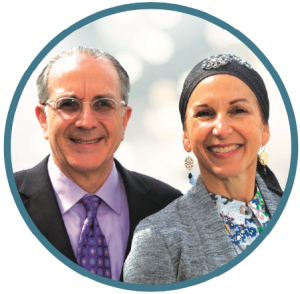 “It was beautiful to see how the teens absorbed the richness of this mitzvah and, in just five weeks, enabled 120 homes to have mezuzahs on the front doors.”

—Manette Mayberg, Trustee of the Mayberg Foundation; Founder of MyZuzah.

PC20 joined forces with with MyZuzah, an initiative of the Mayberg Foundation that partners with Jewish outreach groups and funders to bring mezuzot to under-affiliated Jews worldwide. 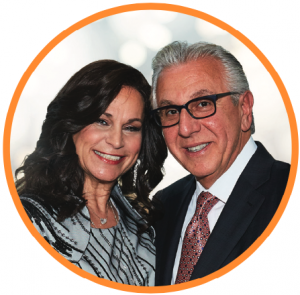 “We were thrilled to see NCSY and Yachad running impactful programs even during the pandemic. It is so important to us that teens be meaningfully and safely engaged during these times, and we are proud to support future Jewish leaders!”

Dr. Ralph and Judy Marcus: Giving with a Passion 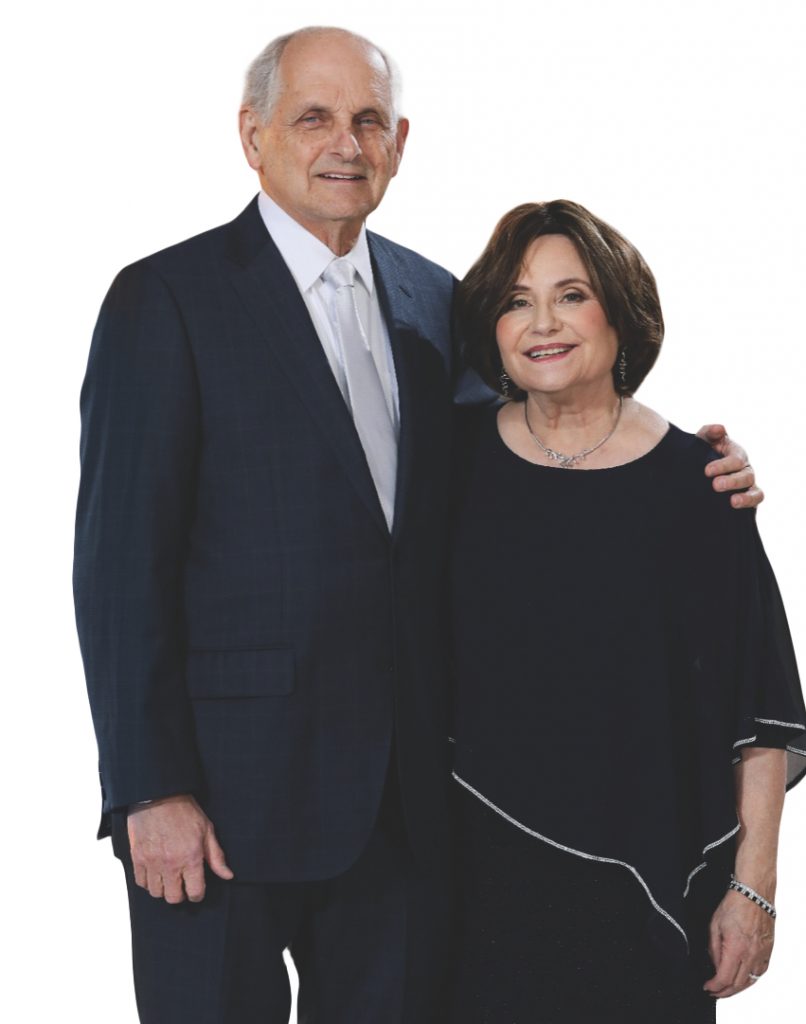 Dr. Ralph and Judy Marcus are big fans of OU Israel, which is not surprising, considering the fact that they made aliyah not once, but twice!

In 1976, Dr. Marcus established one of the first rheumatology practices in Bergen County, New Jersey. Throughout his prestigious career, he served as Chief of Rheumatology at Holy Name Medical Center and at Hackensack University Medical Center. He is a leading clinical researcher and a noted expert in the diagnosis and treatment of arthritis and osteoporosis.

In 1985, while their children were young, the Marcuses made aliyah from Teaneck, New Jersey; a few years later, the family returned to the States so that Judy, an only child, could care for her aging parents. In 2015, once the five Marcus children were mostly grown, the family made aliyah a second time. It is their aliyah experiences that are behind the family’s support of OU Israel and its programs, most notably, NCSY Israel.

“When we came to Israel in 1985, things were very hard for American olim, especially for the children of olim,” explains Dr. Marcus. “They did not feel like they fit in anywhere, and some kids went off the derech as a result.”

Indeed, if there is one issue that animates the Marcuses’ giving, it is this—helping teenage olim integrate successfully. “NCSY Israel is the only organization that provides for observant American teen olim, giving them opportunities for religious growth, socializing and leadership skills that are so critical,” says Dr. Marcus. “Kids who come to Israel must get the spiritual and social support they need.”

Currently, Dr. Marcus, who lives with his wife in Jerusalem, continues to practice medicine at the Wolfson Medical Center in Jerusalem as well as at a local kupat cholim. He also commutes to the States on a regular basis to see patients in his Teaneck office.

Two of the Marcuses’ sons, Eytan and Akiva, who are physicians as well, live in Boca Raton, Florida. Their daughter, Eliana Marcus Aaron, who holds a doctorate degree in nursing, moved to Israel in 2002, where she established Ema Care, an organization that helps Americans navigate the Israeli medical system. Their son Yigal, who moved to Israel in 2015, serves as Vice President of Bernstein Global Wealth Management. Their younger daughter, Ariella Agatstein, who holds a doctorate in Jewish education and administration, moved to Israel shortly after the family’s second aliyah and has served as a Torah lecturer and as a member of the faculty of Matan.

“NCSY Israel is the only organization that provides for observant American teen olim.” —Dr. Ralph Marcus

The strong convictions of the Marcuses are evident in their actions, not only in their words. They have been ardent supporters of NCSY Israel, especially during its recent “Giving Days,” when the organization surpassed its goals and raised over $57,000.

Supporting the OU is a family affair. Yigal Marcus is the Board Chair of NCSY Israel, and his daughter Yael, a high school senior, is the Israel representative on the NCSY National Board. Judy herself enjoys the programming offered by the OU Israel Center, based in Jerusalem. “We find the inspiring OU shiurim, even on Zoom during this pandemic, to be superb, as were the OU tours before the present restrictions,” she says. “And would Shabbos be complete without a copy of Torah Tidbits?”

As part of a long history of supporting organizations that assist American olim, the Marcus family also helped found Raishit Geula, the first religious group-aliyah organization of its kind that aimed to create communities for religious American olim. Dr. Marcus worked to create the city of Efrat with Rabbi Shlomo Riskin and Moshe Moskovits, the city’s first mayor. “With their passion for Zionism and religious growth, the members of the Marcus family serve as true role models,” says Gaby Novick, Director of Regional Development, NCSY Israel. “Most impressively, they give to the causes that matter to them.”