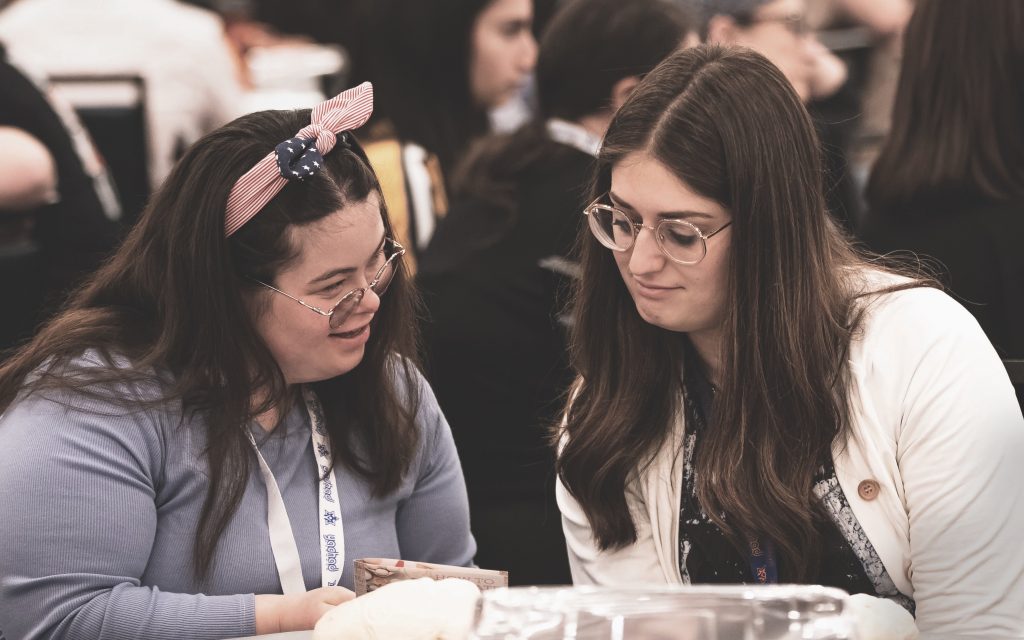 It was the middle of 2018 when White Plains chiropractor Dr. Jonathan Donath had an epiphany.Having just listened to a shiur discussing the importance of small mitzvot, Donath dropped a dollar in his shul’s tzedakah box like he always did when he went to Maariv, and it occurred to him that no matter how much tzedakah he gave, in total, every donation, small or large, is another mitzvah. He reasoned that there had to be a website somewhere that automated the process of giving tzedakah on a daily basis, but upon scouring the Internet, Donath was amazed to discover that the concept didn’t exist in the Orthodox Jewish community. Deciding to take matters into his own hands, he got together with several of his close friends to create an organization that would bring that vision to life.

Daily Giving went live in January 2019 with people signing up to donate a dollar each day, with all monies collected that day going to one of thirty-six beneficiary organizations on a rotating basis. The site operates under the auspices of Rabbi Hershel Schachter, Rabbi Moshe Tuvia Lieff, Rabbi Paysach Krohn and Rabbi Shmuel Greenberg, and has amassed more than 10,000 givers in thirty-four countries over the past three-and-a-half years. Each donor receives a daily email informing him which of the site’s beneficiaries have been the recipient of his largesse and how much money was collected in total.

“We want people to feel something every day—we feel it is our special sauce,” Donath told Jewish Action. “I have one friend who is a CEO who gets thousands of emails every day and ours is the one he always opens because he loves seeing the numbers going up and who we are giving to.”

Daily Giving’s beneficiary list has grown by more than 50 percent and now includes fifty-eight charitable organizations. All are national nonprofits that benefit the greater Jewish community, with both NCSY and Yachad on the site’s list of recipient charities from day one. Donath and many members of Daily Giving’s Board of Trustees feel a strong connection to both NCSY and Yachad, each of which has received over $100,000 from Daily Giving over the past four years. Daily Giving was also chosen from among a group of 250 charities to be one of just four applicants that were awarded grants as part of the OU Impact Accelerator’s second cohort in 2020.

“The Impact Accelerator looks for up-and-coming nonprofits that have the potential to transform the Jewish landscape. When Daily Giving applied to the Accelerator, it was earning $700 a day in donations. We’ve been so proud to watch that number grow to over $10K daily to important Jewish communal institutions, creating a multiplier effect of tzedakah,” said Jenna Beltser, former Director of the Impact Accelerator.

“Daily Giving is a great partner for us,” noted Tiffany Yankovich, National Director of Development for NCSY. “It is really connected to the work we do and is among our biggest supporters and partners.”

While NCSY regions receive significant local support, its national initiatives include multiple summer programs and a five-day winter break Yarchei Kallah. In addition to supporting NCSY’s national program with funding, Daily Giving also offers an additional benefit: exposure. “Many people know us locally, but getting the word out about what we do on the national level is extremely important,” said Yankovich. “Jews from all across the spectrum care about tzedakah, and I hope that as Daily Giving grows, more and more people will become involved.”

Those thoughts were echoed by Ken Saibel, Associate Director of Yachad.

“The funds from Daily Giving have made a critical difference in the lives of our Yachad members throughout the country providing them with vital programming throughout the year,” said Saibel. “We are extremely grateful for the support and proud to encourage all members of the Jewish community to join in this incredible mitzvah of giving tzedakah on a daily basis.”

One hundred cents of every dollar donated to Daily Giving goes to its beneficiary organizations, with all overhead covered by fundraising efforts. Daily Giving may be all about providing financial assistance to charitable organizations such as NCSY and Yachad, but Donath finds one particular aspect of the model extremely rewarding.

“The achdus that we are creating here is my favorite part,” said Donath. “People are often flabbergasted by the idea that we have more than 10,000 Jews doing this together. What could Hashem want more than for his children to come together every single day to give to their brothers and sisters who are less fortunate?”