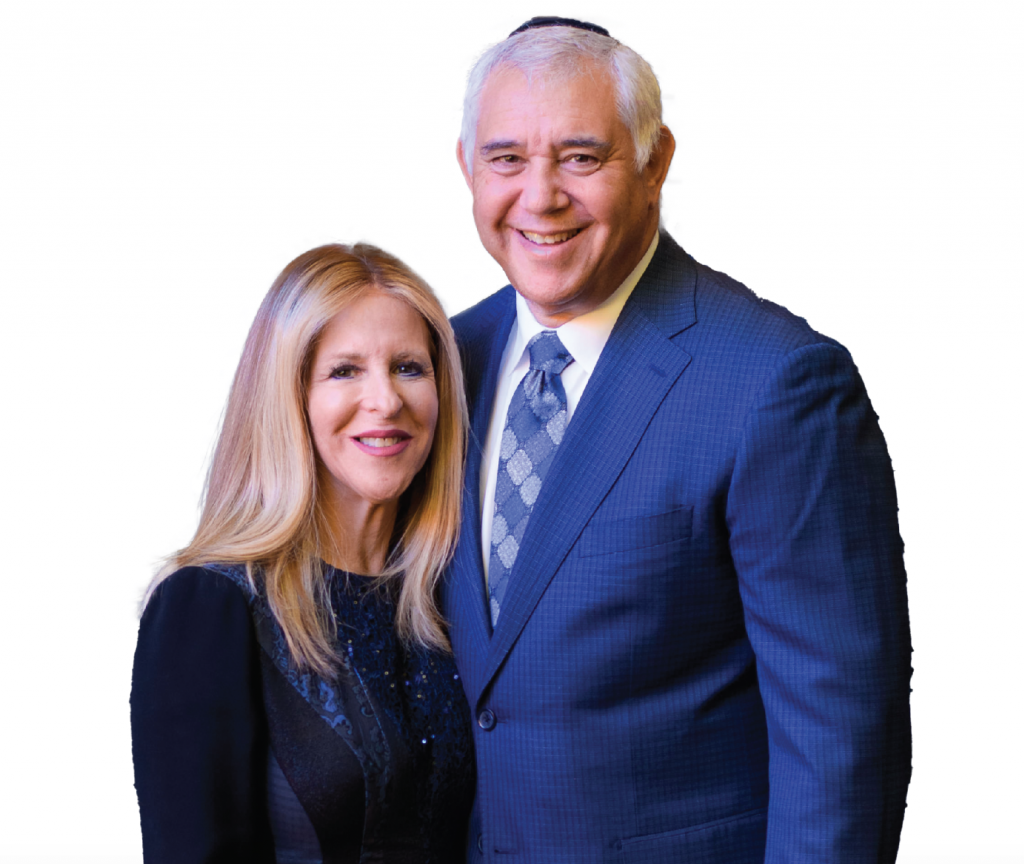 As a young couple in Norfolk, Virginia, Sora and Jerry Wolasky got involved in the local NCSY chapter when the rabbi sought their help with the shul. Sora began to organize Shabbatons and brought advisors into the area from Baltimore for the chagim, giving public school youth the life-changing opportunity to learn more about their Judaism.

Yet the Wolaskys, too, discovered their world wonderfully altered by the experience, which launched decades of engagement with NCSY. The advisors they came to know even influenced the Wolaskys’ decision when it came time to relocate. “We chose Baltimore because we wanted our own children to love Judaism as much as these kids did,” the couple recall.

At first, NCSY wanted Sora to come on board as a professional, but she was raising a young family then and all the activities took place at dinner time. Instead, both she and Jerry joined the Regional Youth Commission and delighted in having NCSYers over for Shabbat meals. They have long hosted the annual Isaac H. Taylor Jewish Music Festival Committee and have frequently chaired the event, the region’s largest fundraiser for forty-five years running (pausing only for the pandemic).

Rabbi Jonah Lerner, Regional Director, Atlantic Seaboard NCSY, says, “From my first day here, Jerry and Sora believed in the power of NCSY. They are ardent supporters, integral to the work we are doing here, keeping the region moving and growing.”

Sora, who has participated in OU Women’s Initiative events, formerly served as a mentor in the NCSY Senator Ben Cardin Jewish Scholars Program, which provides leadership training to teenagers from non-observant backgrounds. Jerry, who is on the National Council of AIPAC, mentors the NCSY contingent that Rabbi Lerner brings to the annual AIPAC Policy Conference.

“Jerry takes NCSYers to lobbying sessions on Israel, serving as a remarkable role model,” Rabbi Lerner notes. “We are very lucky to have him.”

The Wolaskys have also expanded their connection with the OU beyond NCSY. Jerry is now on the OU Board as a Senior Vice President and has served as Chairman of the OU Advocacy Center for the past five years.

“Jerry is actively engaged in the weeds of policy with our staff,” notes Nathan Diament, Executive Director of the OU Advocacy Center. He adds that Jerry, as Chairman, “shares OU Advocacy’s values, and is committed to figuring out what strategies will work and what policies will have the impact we are aiming for.”

“Jerry is grounded in the community,” says Diament. “He asks the important questions about their needs and what their reactions will be as we shape policy.”

Jerry’s important relationships in Washington have played a key role in recent OU Advocacy successes on the Hill, including $180 million in Homeland Security funding in 2021 for religious institutions, nearly double the 2020 grant. Jerry and Sora believe that they “can do much through connections.” “It has been a huge blessing for us to be able to help the community as we face issues at the center of Orthodox Jewish life.”

In addition to their work with the OU, the Wolaskys are involved in local Jewish community institutions in Baltimore, including the Baltimore Jewish Federation: The Associated and the Talmudical Academy, and are proud to call OU Executive Vice President Rabbi Moshe Hauer their rav. A member of the National Board of Beth Medrash Govoha in Lakewood, New Jersey, Jerry owns HealthSource Distributors, a wholesale pharmaceutical business. The couple are blessed to have nachat from their four children and their growing families. Sora and Jerry officially made aliyah last year.

“Jerry and Sora are unique in the incredible range of communal concerns and causes that they engage with, as supporters and even more remarkably as hands-on leaders and participants,” said Rabbi Hauer. “From political action to Torah education and outreach, from our local federation to yishuv Eretz Yisrael, and from institutional support to individual chesed, care and friendship, their hearts and their broad shoulders know no bounds.