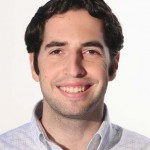 In May of 2013, Time magazine published a cover story entitled “Millennials: The Me Me Me Generation.” Defined in the article as the generation born roughly between 1980 and 2000, millennials tend to be, according to a decade of research, lazy, entitled and over-confident. Fortunately, every generation has its exceptions. We at the Orthodox Union are proud to introduce you to one millennial who is bucking that trend. Meet Hart Levine. Now twenty-eight years old, Hart hosted a simple Shabbat dinner a few years ago that sparked an outreach movement. Today, this movement is changing the lives of millennials on all sides of the religious spectrum.

Raised in a traditional Orthodox home, Hart attended Jewish day school and high school, culminating with a year of study in Israel. A bioengineering major at the prestigious University of Pennsylvania, he remained very committed to his Jewish lifestyle and was an active member of the large Orthodox community at Penn. During his sophomore year, something inspired him to do the math. It dawned on him that even though Hillel was packed on a Friday night, the perception that most Jews on campus were participating was, in fact, untrue; the vast majority of the thousands of Jews on campus were not there. Hart realized that since the Orthodox students tend to be friends with each other, the unaffiliated Jews on campus had little social motivation to come to Hillel or Chabad.

A simple idea occurred to him. Why not host his own Friday night dinner? Jewish students might not feel comfortable attending a large gathering, but a peer inviting them to a dinner would not be threatening at all. Hart and his friends had no formal training in kiruv; they were just a group of guys having a good time around a Shabbat table. The handful of guests enjoyed the evening as well and were excited to come again. A lesson was learned—many unaffiliated Jews would get more involved with Judaism if there was a portal of entry for them.

Hart had just opened that door.

After a year of hosting successful Shabbat dinners at Penn, Hart knew he was on to something. On a trip to Israel, Hart cold called a number of yeshivot and seminaries and asked to speak to the students about initiating these dinners on their campuses when they returned to the US. His proposal was so inspiring, he received about 300 e-mails from those interested. Unfortunately, when he reached out to them some months later, the response was not nearly as enthusiastic. It would take more than a talk in Israel. So Hart organized a Shabbaton for students from different universities to educate them about his idea. He developed training materials, including pamphlets with titles such as, “How to locate unaffiliated Jews” and “How to run a Shabbat dinner.” The idea took off, and students began hosting other students for Friday night dinners. An unexpected by-product of the project was the effect it had on the Orthodox participants. They had kept Shabbat their whole lives, made Kiddush and Hamotzi week after week, but suddenly they had to be able to explain why they were doing it and what it meant to them. They had to question what they had previously taken for granted and to take ownership of their Judaism. Amazingly, a simple Friday night dinner became a transformative experience for both guests and hosts. Peer to peer, heart to heart. Everybody wins.

It has been five years since that first Friday night dinner at Penn. Heart to Heart is now an OU program, with regular participation on nearly one hundred campuses—students hosting Shabbat and holiday dinners on average twice a year, though two women at Yale host fifteen dinners per year. This past year alone, 2,352 students were included at Shabbat and holiday tables, and 433 incoming college students have signed up to get involved. The reality is if every religious Jew in college hosts just one Shabbat dinner, most likely every single unaffiliated Jew in college can be reached.

Hart Levine now works on Heart to Heart full time, along with other projects and initiatives to reach out to the enormous numbers of unaffiliated Jews. The college campus is a microcosm of the real world; but when one lives in a thriving Orthodox community, it is easy to be deceived into thinking that all is well in the Jewish world. Hart is waking us up to do the math. The vast majority of Jews are unaffiliated, and one millennial is inspiring hundreds more to do something about it. Hart is the opposite of lazy and entitled, but he is thoroughly confident in the ability of young people to reach out, to connect and to expose their fellow Jews to a life enriched with Torah values. I fervently hope that my generation is inspired by him as well.

Funding for Heart to Heart primarily comes from the OU, although it has also received grants from the Steinhardt Foundation and other sources. Parents and grandparents of students involved have also generously donated to the cause. To find out how you can get involved, e-mail Hart Levine at levineh@ou.org. To donate to Heart to Heart, visit www.ou.org/giving/donate-h2h/.

Rabbi Steven Weil is senior managing director at the OU.