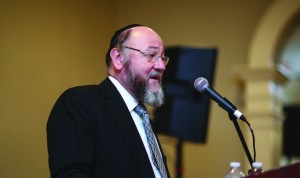 Chief Rabbi of the United Hebrew Congregations of the Commonwealth Ephraim Mirvis speaking about issues facing the global Jewish community to convention participants.

A new slate of officers and board members was installed on Friday afternoon. President Martin Nachimson was elected to a second term, Howard Zvi Friedman was elected chairman of the board and, for the first time in the history of the Orthodox Union, five women—Isabelle Novak, Barbara Lehmann Siegel, Esther Williams, Lorraine Hoffman and Dr. Marian Stoltz-Loike—were among those designated officers of the organization. A complete list is on page 103.

Issues facing Israel and the global Jewish community were discussed at a plenary following Shabbat dinner. Malcolm Hoenlein, executive vice chairman of the Conference of Presidents of Major American Jewish Organizations; Richard Stone, past chairman of the Conference, and former US Ambassador to the Czech Republic Norman Eisen were featured. OU Director-at-large Moishe Bane chaired the session. 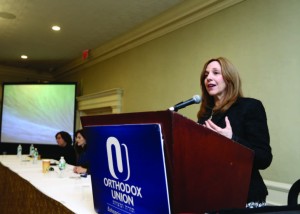 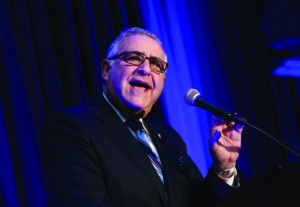 The convention displayed the full scope of OU efforts, including, perhaps most notably, the work of OU Advocacy to secure the full measure of constitutionally permissible government funding for secular aspects of yeshivah and day school education. 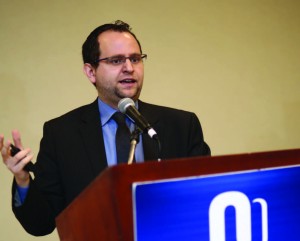 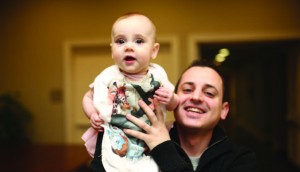