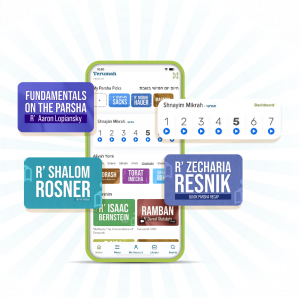 From the creators of All Daf comes All Parsha, a free app and website offering world-class speakers and a wide selection of resources and classes to connect you to the weekly parashah. Enjoy daily Chumash with Rashi highlights, dive into the meforshai haparashah, track your Shnayim Mikra progress and much more. Download today at allparsha.org/landing. 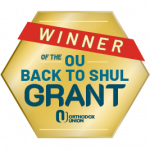 The OU’s Back to Shul Challenge Grant awarded $100,000 in grants to thirty-five shuls in fifteen US states and one Canadian province to enhance and invigorate the return to shul as more people are vaccinated against the Covid-19 virus. The winners represent out-of-the-box thinking and opportunities that are more likely to rebuild and reaffirm the value of synagogue and community for their congregants. Visit ou.org/grant21 for the full list of winning shuls. 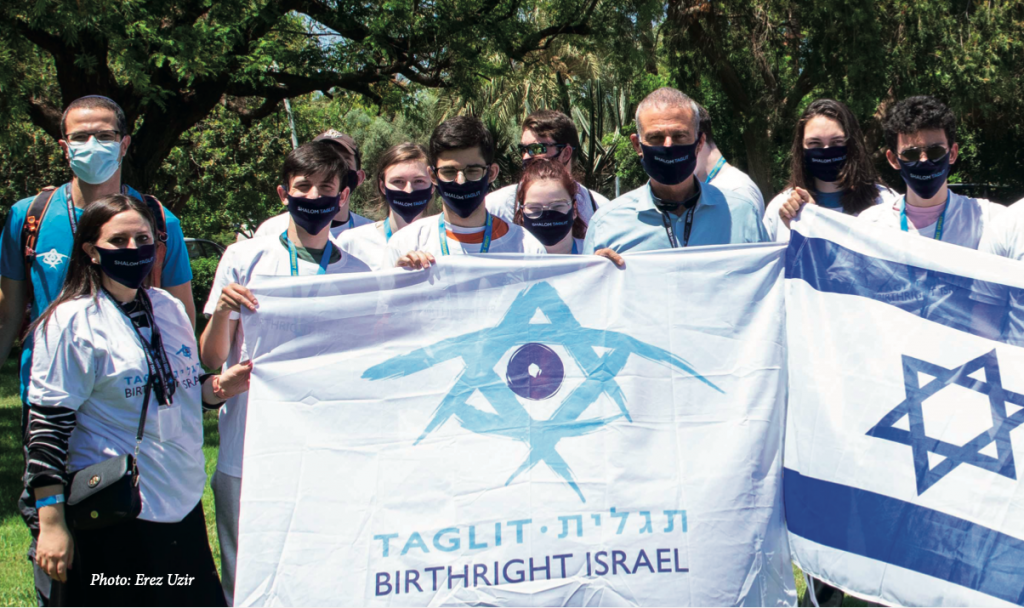 After more than a year with no Birthright Israel trips for young adults, the OU’s Israel Free Spirit: Birthright Israel became the first Birthright trip provider to send a group to Israel since the onset of the pandemic. Made up of seventeen fully vaccinated young adults from diverse Jewish backgrounds, the group (pictured above) arrived in late May and traveled for eight days throughout Israel. Israel Free Spirit: Birthright Israel sent additional trips throughout July and August, and have trips planned for October. Additionally, 1,600 NCSY teens and 173 Yachad participants returned to Israel on summer programs this summer. 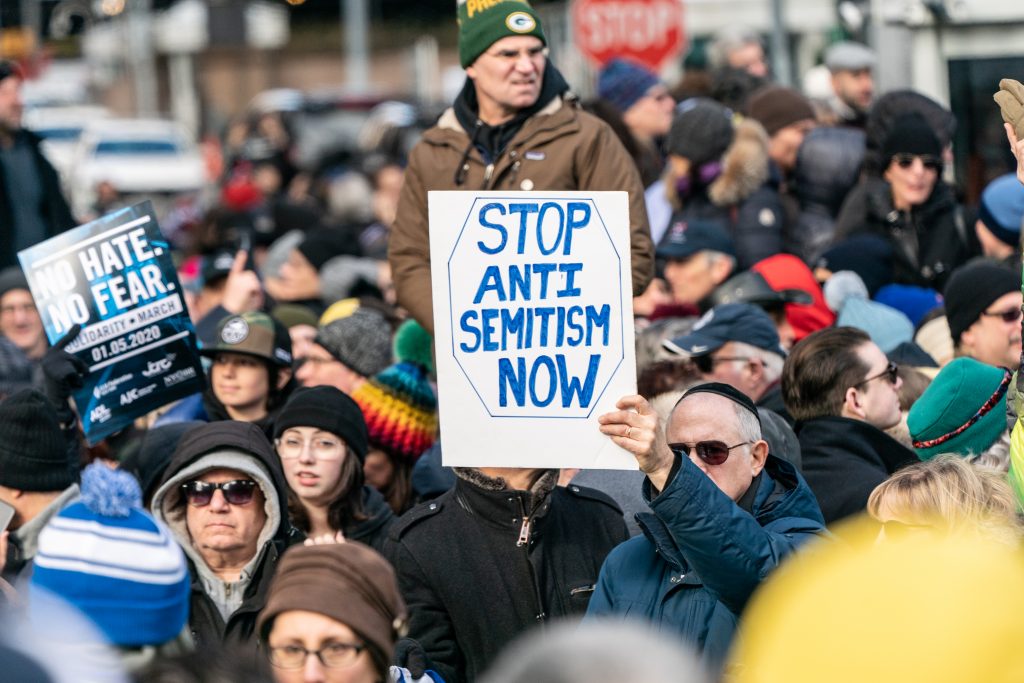 In May, Israel faced an unrelenting bombardment of thousands of rockets fired from Gaza by Hamas, which killed Israeli residents, injured hundreds of others, and sent thousands running for cover in bomb shelters night and day. Simultaneously, the battle between Israel and Hamas triggered a shocking surge in violent attacks on American Jews by self-identified supporters of Palestinians and others. These assaults took place across the US, from New York and Los Angeles to South Florida, Boston, Skokie and elsewhere, beginning during the eleven-day bombardment and continuing afterward.

Responding to rocket attacks and jihad after Yom Yerushalayim, OU Israel and its network of youth centers (many converted into neighborhood bomb shelters) worked tirelessly on the geographic, emotional and psychological fronts of the war to assist and support Israel’s children, their families and their local communities. During the conflict and its aftermath, OU Israel has assisted more than 2,300 youth and their families in twenty-eight locations throughout Israel. In addition, OU Israel’s “Communities in Israel” Campaign raised more than $66,000 to aid those impacted by the attacks. Stateside, an email campaign by OU Advocacy urged President Biden to continue supporting Israel’s right to self-defense. and the OU’s Daily Tehillim and Chizuk Call dedicated its tefillot to the welfare and safety of Israel and its people.

The OU strongly supported The Resolution Condemning the Recent Rise in Anti-Semitism, introduced in May by Senators Jacky Rosen (D-NV) and James Lankford (R-OK), Co-Chairs of the Senate Bipartisan Task Force for Combating Antisemitism. Co-sponsored by over thirty bipartisan legislators, the resolution recommits the Senate to combating anti-Semitism in all forms and urges President Biden to take specific actions to address anti-Semitism. OU Advocacy worked with the sponsors to have the Senate pass the resolution unanimously in June.

In response to these heinous attacks across the US and the need to bolster support for Israel, 100 community members nationwide joined group meetings with their local members of Congress in May and June as part of OU Advocacy’s “Unite and Advocate” Campaign to thank those representatives who stood with Israel; convey their disappointment and desire for immediate change to those who hadn’t; press for the denunciation of anti-Jewish violence in the United States; and request concrete steps to bolster Jewish community security. Organized by OU Advocacy, the face-to-face meetings and outreach activities have been conducted coast to coast, with virtual and live attendance options.

“The time for action is now, and this is the OU’s greatest priority. Lives are at stake both here and in Israel.” —OU Executive Vice President Rabbi Moshe Hauer

Ensuring our schools, synagogues and other community institutions are safe from the threat of terrorist attacks is of paramount importance to the OU Advocacy Center, and the federal Nonprofit Security Grant Program (NSGP) is a critical vehicle to support such security. In 2021, OU Advocacy and its partners succeeded in having Congress allocate a historic $180 million for NSGP grants.  Now, for Fiscal Year 2022, we are advocating to double that to $360 million. As of press time, President Biden’s formal budget request and the House Appropriations Subcommittee on Homeland Security has approved continuing the high level of $180 million for the program for 2022. But OU Advocacy is continuing our work with allies in the US Senate to achieve the $360 million funding level.

The OU Advocacy Center is also working with bipartisan allies in Congress to enact the Pray Safe Act; this would establish a new federal “clearinghouse” on safety and security to develop and share best practices for shuls, day schools and other faith-based organizations. The act was introduced by Senators Rob Portman (R-OH) and Maggie Hassan (D-NH) in consultation with OU Advocacy and was approved by the Senate Homeland Security Committee as this issue went to press. OU Advocacy is working with the senators to move this important legislation to a Senate floor vote.

In May, the OU joined with the Anti-Defamation League, Jewish Federations of North America, the American Jewish Committee, Hadassah and other Jewish organizations to co-sponsor a national virtual rally against anti-Semitism, which over 23,000 attended.

The OU also joined myriad Jewish organizations for “NO FEAR,” an in-person rally in Washington, DC in July, where some 2,000 participants stood in solidarity with the Jewish people. Speakers included Rabbi Shlomo Noginsky, the Chabad rabbi who was attacked in Boston the week prior; Elisha Wiesel, the son of Nobel Laureate Elie Wiesel; and many others.

. . . Ari Steinberg, Director of Planned Giving/Major Gifts Officer, Department of Institutional Advancement. In this role, Ari looks forward to helping secure future resources for all of the OU’s incredible programs and for the Jewish community. Prior to joining the OU, Ari held development positions at the Jewish Federation of Chicago, Arie Crown Hebrew Day School and Bar-Ilan University. He holds a bachelor’s in economics from Yeshiva University.

. . . OU-JLIC’s six new campus educators for the 2021-22 academic year. The Heshe and Harriet Seif Jewish Learning Initiative on Campus (OU-JLIC), a program of the OU in partnership with Hillel, helps Orthodox students navigate the college environment and balance their Jewish commitments. OU-JLIC educators strive to enhance the learning opportunities available to students, work with and strengthen student leadership, and bolster an infrastructure for Torah life to flourish. Welcome back to Rabbi Tzvi and Tali Wohlgelernter, previously educators at Rutgers University, who will be at Bar-Ilan University this academic year.

Over the past year and a half, the number of online Torah learning programs sponsored by the OU Women’s Initiative (WI) has flourished. Through the launch of ALIT in July 2020, a virtual beit midrash summer program for women, the WI offered intellectually engaging and spiritually enriching live courses, generously sponsored in memory of Max and Yetty Monderer, a”h. Course topics included Tanach, halachah, Jewish history and tikkun hamiddot. Designed with a focus on interactive classes and connecting participants with educators and each other, ALIT provided two weeks of advanced and immersive Torah study for women of all ages, wherever they live. This summer’s nearly 200 participants hailed from the US, Canada, France, the UK and Israel.

Additionally, one of ALIT’s main goals was to share new teaching talent at the global level. “ALIT is one of the WI’s finest examples of commitment to providing wide-reaching Torah learning for Jewish women, and women’s commitment to delve into the intricacies of Torah thought and knowledge,” said Rebbetzin Dr. Adina Shmidman, Founder and Director of the WI. “We are very appreciative to Helen and Manny Adler for dedicating the program in memory of Helen’s parents, Max and Yetty Monderer, a”h, who were committed to continuing Torah education for both men and women.” 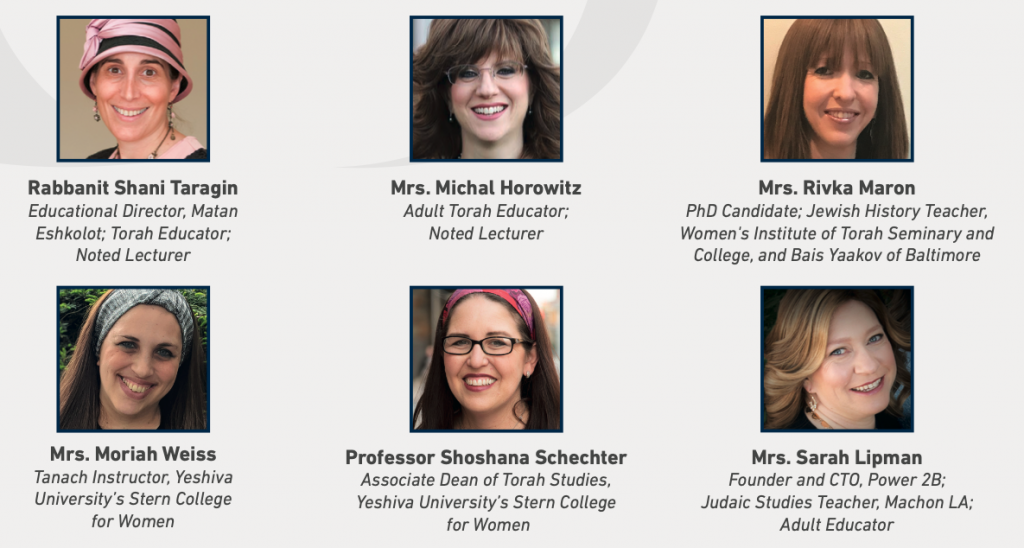 I think my grandparents would have loved that the summer learning program is being named in their memory. I think they would have enjoyed seeing Jewish women from all across the world coming together; that would have meant a lot to them.”

The ALIT program has so enriched my life. Not only have I had the zechus to learn with outstanding women, but I have been motivated to ensure that learning is now part of my daily routine. I can never express my hakaras hatov adequately. 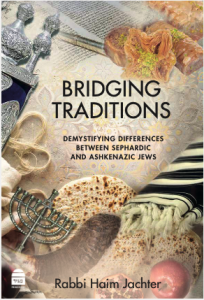 The following is an excerpt from the introduction of Bridging Traditions.

Upon their first exposure to the wide and deep world of Sephardic posekim, many people comment about how deep Sephardic halacha is. How deep are the great debates between Rav Ovadia Yosef and Rav Shalom Messas! How deep are the halachic insights of Rav Ben Tzion Abba Sha’ul, Rav Mordechai Eliyahu, and Rav Hayim David HaLevy! How fascinating is the wide variety of customs of the different sub-groupings of Sephardic Jews!

This will be your reaction as well, as Bridging Traditions presents rich discussions regarding a broad range of common contemporary areas of interest spanning each of the four sections of the Shulhan Aruch, with an eye to the practices of all of the Sephardic communities.

A book like Bridging Traditions was not necessary in the Jewish communities of yesteryear, when most Jews could live a lifetime without ever having met Jews of a different background. Ashkenazic and Sephardic Jews had limited interaction until the modern age. The Jew of pre-modern times could manage very well even if he was familiar only with the customs and practices of his specific community.

Nowadays, however, almost all observant families have (or will soon have) at least one couple in their family who are of mixed Sephardic and Ashkenazic heritage. Most Orthodox communities of significant size support both a Sephardic and Ashkenazic minyan, or even a full-fledged Sephardic bet kenesset. Jews of this generation must therefore be acquainted with the halachic practices and approaches of all Jewish communities.

As a result, I have devoted much attention in Bridging Traditions to clarifications of how Sephardic and Ashkenazic Jews should manage their halachic differences when they join together for various occasions. Bridging Traditions provides halachic guidance for visiting synagogues, hosting guests on Shabbat and Pesah, roommates with varying practices, weddings, sheva berachot, b’rit mila, and much more. Both Sephardic and Ashkenazic readers will emerge from reading this book fortified with the knowledge of how to act appropriately in these situations.

The goal of Bridging Traditions is to broaden every Jew’s perception of “we” to include all Jews. Every Jew should take special pride in the practices of his particular shevet/sub-group. At the same time, however, every Jew should also feel a sense of oneness and unity with all Jews. Readers of Bridging Traditions will emerge much more knowledgeable regarding the nuanced differences between the communities and will gain a solid “feel” and savvy regarding the broader perspectives and halachic approaches of the wide variety of Sephardic communities. It is my hope that readers will come away with a tangible feeling that we are am ehad—one nation serving Hashem, with variations. The core of the halachic practice of all the Orthodox Jewish communities is identical.