Hundreds of US and Israeli politicians, Jewish leaders and CEOs celebrated the US Embassy move to Jerusalem at an OU reception this past May, on the day of the move. The  gala breakfast reception was held at the Waldorf Astoria Hotel in Jerusalem, just hours before the official ceremony.

“We express gratitude to President Trump and the leaders of his administration for being catalysts in fulfilling, at long last, the promise to move the embassy to its rightful location, for recognizing that the time had come, and the time was now,” said OU Executive Vice President Allen Fagin.

Since 1972, the OU has been at the forefront of the American Jewish community in advocating for the relocation of the US Embassy to Jerusalem.

“Today we celebrate what we hope, and pray to the Almighty, is the turning point in the process of the world’s recognition of the Jewish claim to Jerusalem. The United States of America, Israel’s dearest friend, and the world’s beacon of liberty and justice, has recognized Jerusalem as Israel’s heritage and capital city, not only in word but in action. And for that, we as Americans, and Jews throughout the world, express our deepest appreciation and gratitude.”

“We have been waiting for this day for 70 years. The world applauds the United States when it returns to the leadership position in the world. ”
– US Ambassador to Israel David Friedman 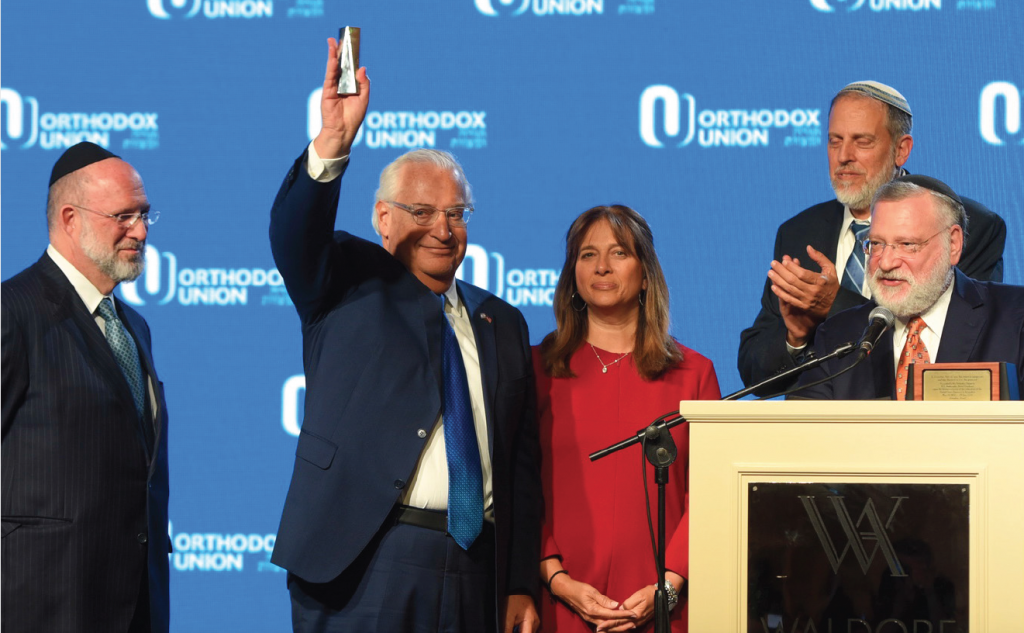 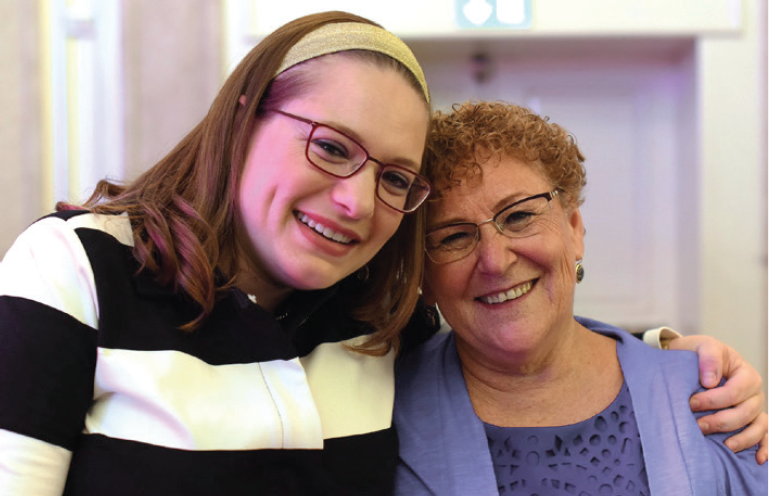 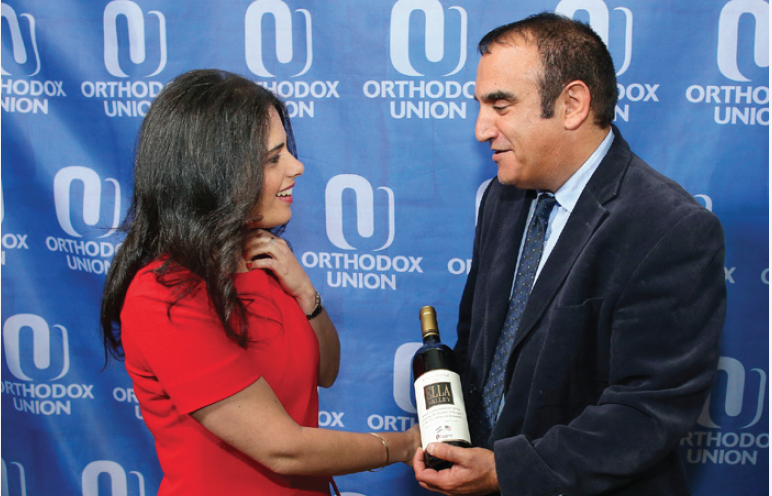 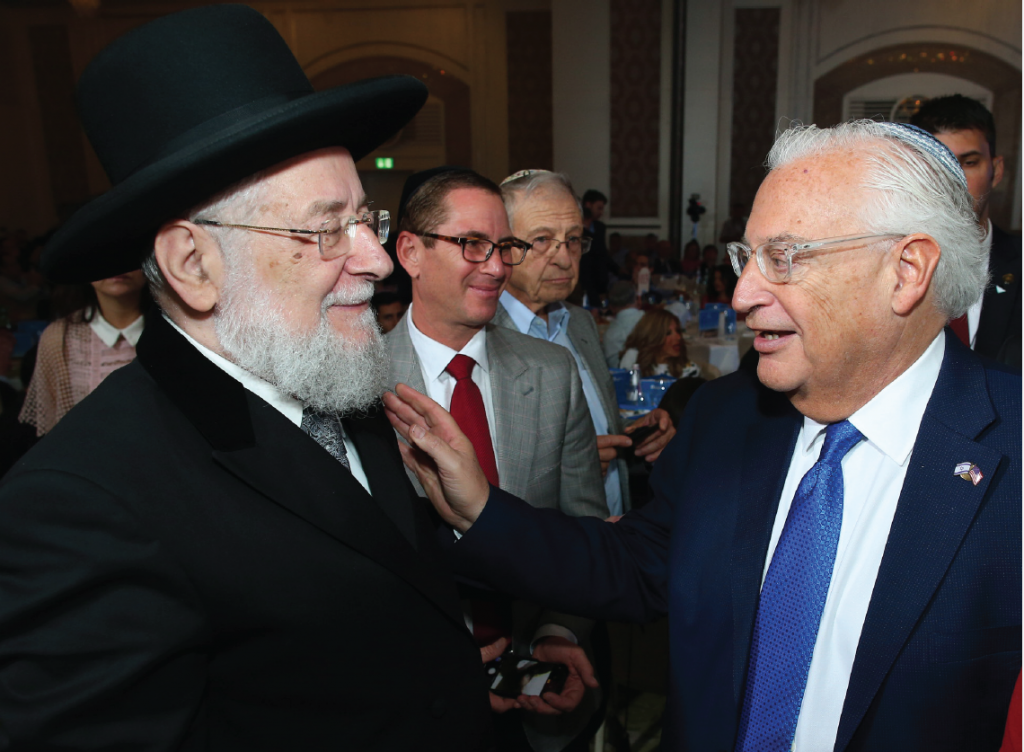 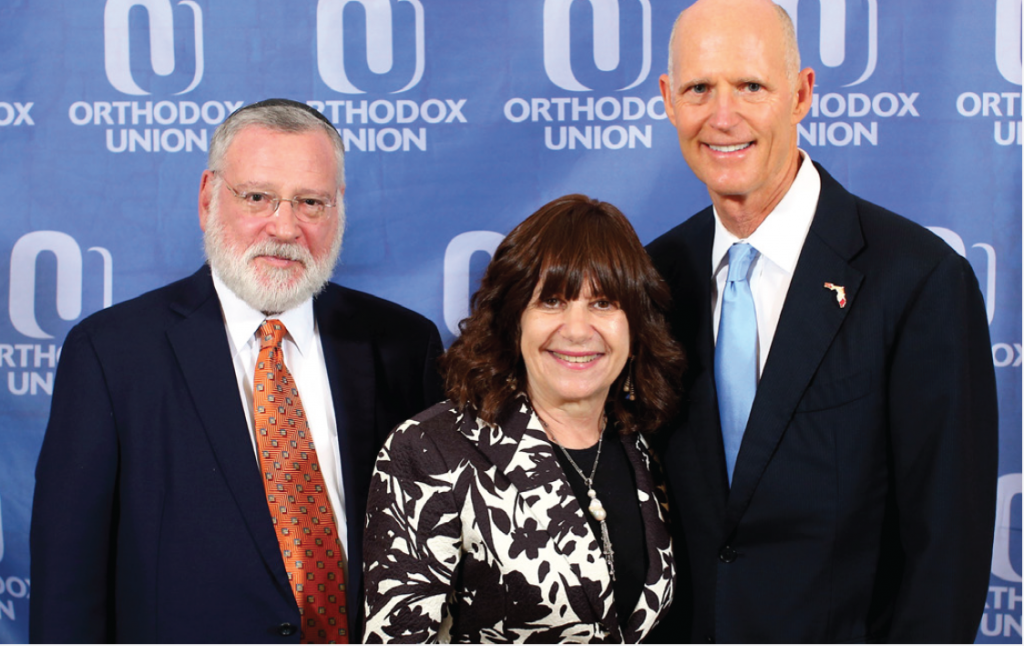 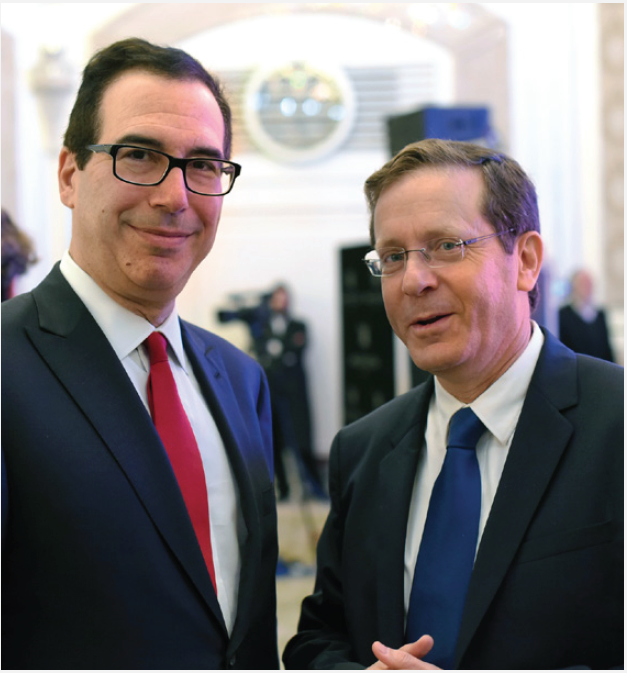 Hon. Steven Mnuchin, US Secretary of the Treasury, with Member of Knesset and Opposition Leader Yitzhak Herzog. 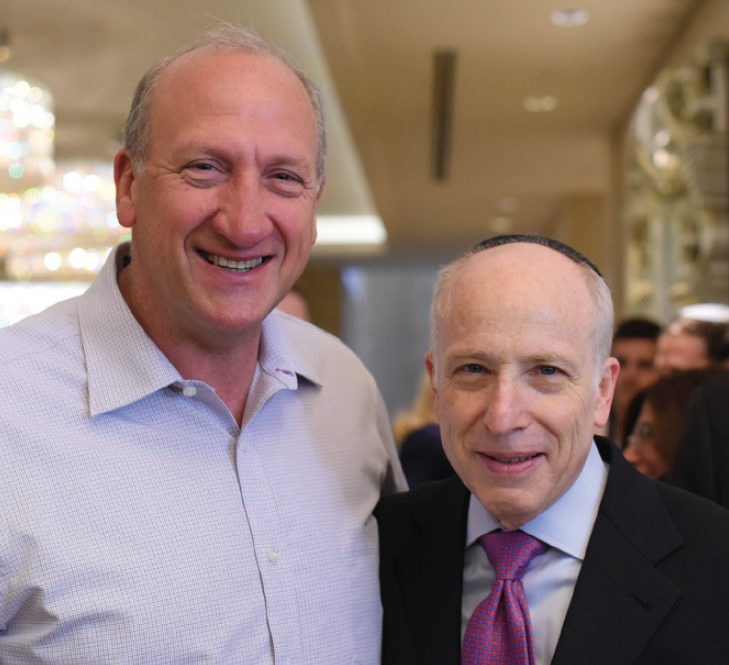 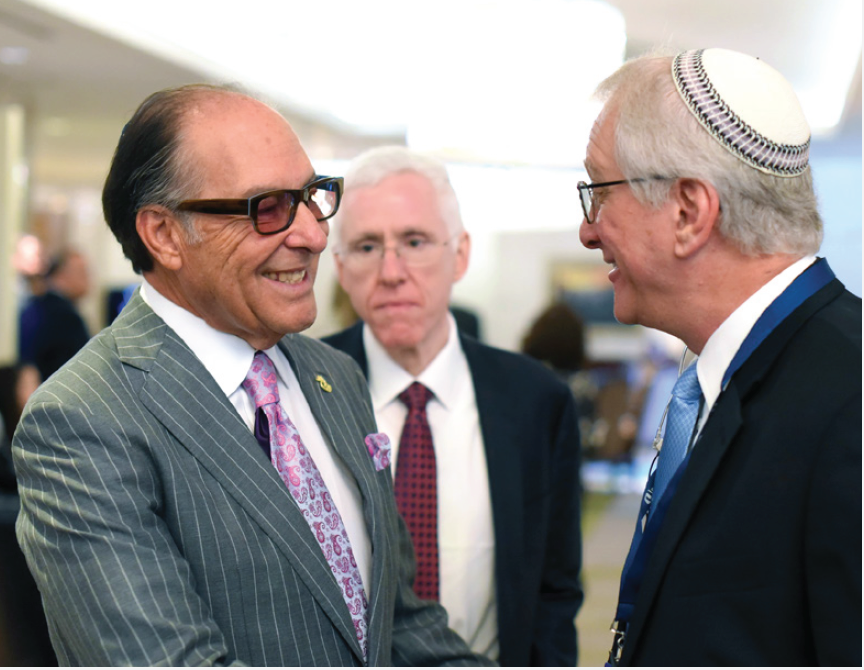 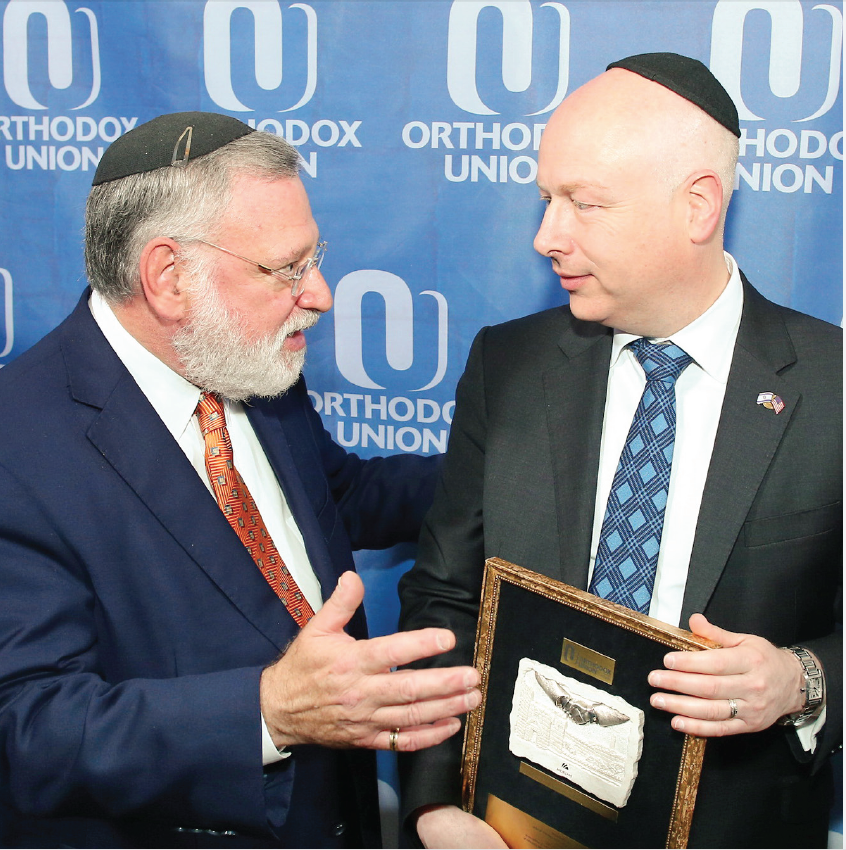 During the event, the OU recognized the Hon. Jason Greenblatt, US Special Representative for International Negotiations, for his commitment to bringing peace to the Middle East and his crucial role in the embassy move. Mr. Fagin with Mr. Greenblatt, who is holding the plaque. 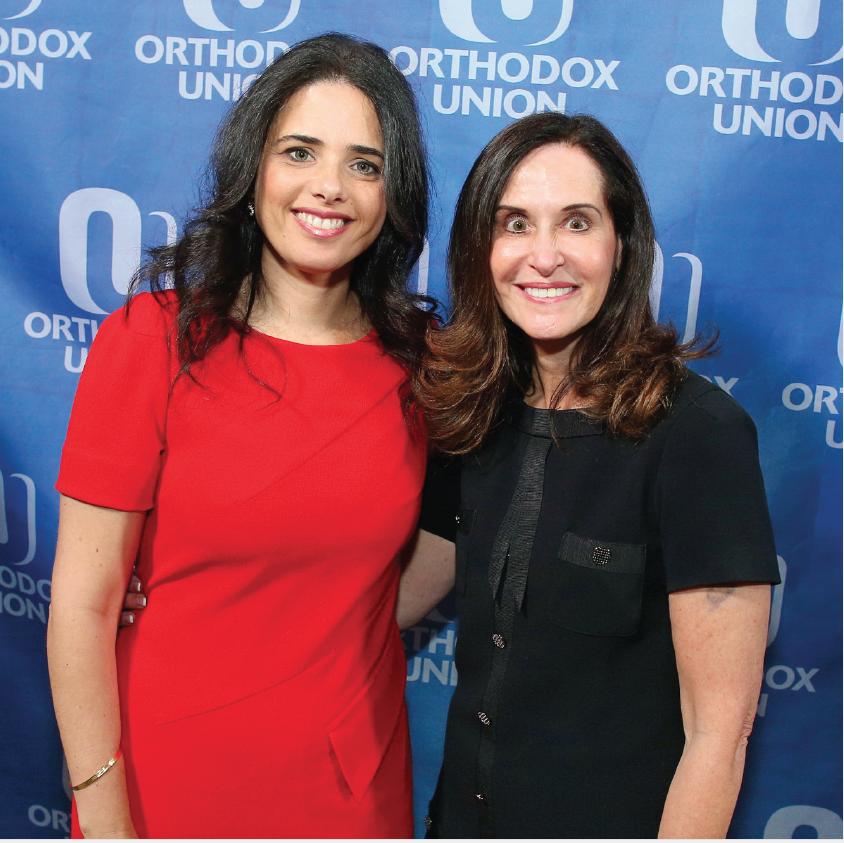 Rabbi Berman; Mr. Fagin; Secretary Mnuchin; Mr. Bane and Mr. Wolasky. During his remarks, the US Treasury Secretary urged further sanctions on Iran and stopping the flow of funds to terrorists and rogue regimes.

Along with the OU reception in Jerusalem, more than eighty members of the OU’s Benefactor’s Circle gathered at the New York private residence of Dani Dayan, the Consul General of Israel in New York, to celebrate the US Embassy’s relocation. Nathan Diament, Executive Director of the OU Advocacy Center, Rabbi Chaim Steinmetz of Congregation Kehilath Jeshurun in New York and Ambassador Dayan shared insights on the importance and relevance of Israel’s capital, followed by a live simulcast of the dedication of the US Embassy. 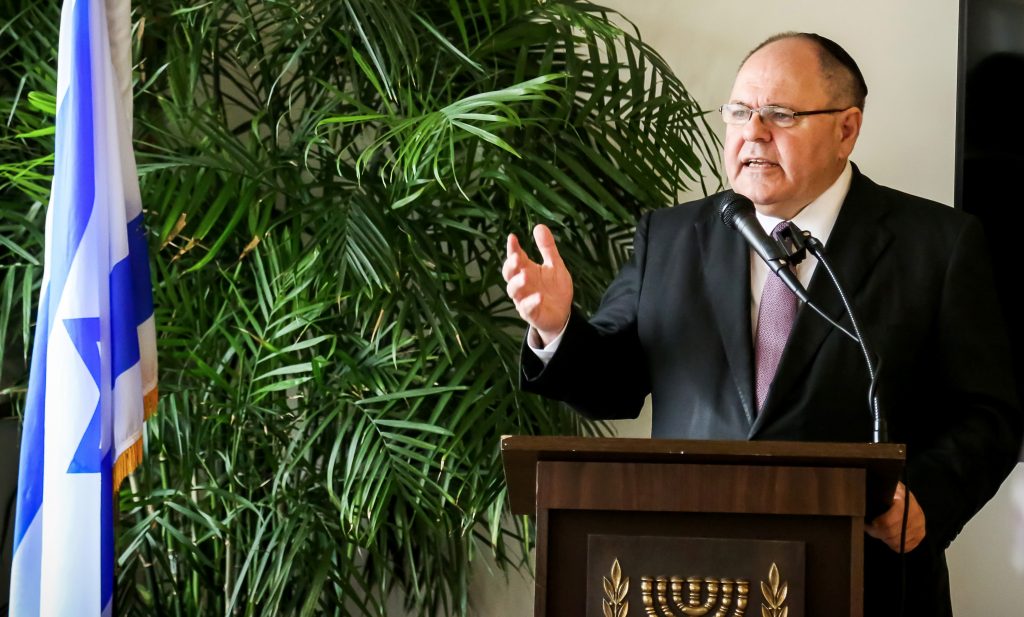 “I deeply appreciate being able to share this historic day with the OU and members of the community who are so passionately and deeply devoted to Jerusalem,” said Consul General of Israel in New York, Dani Dayan. 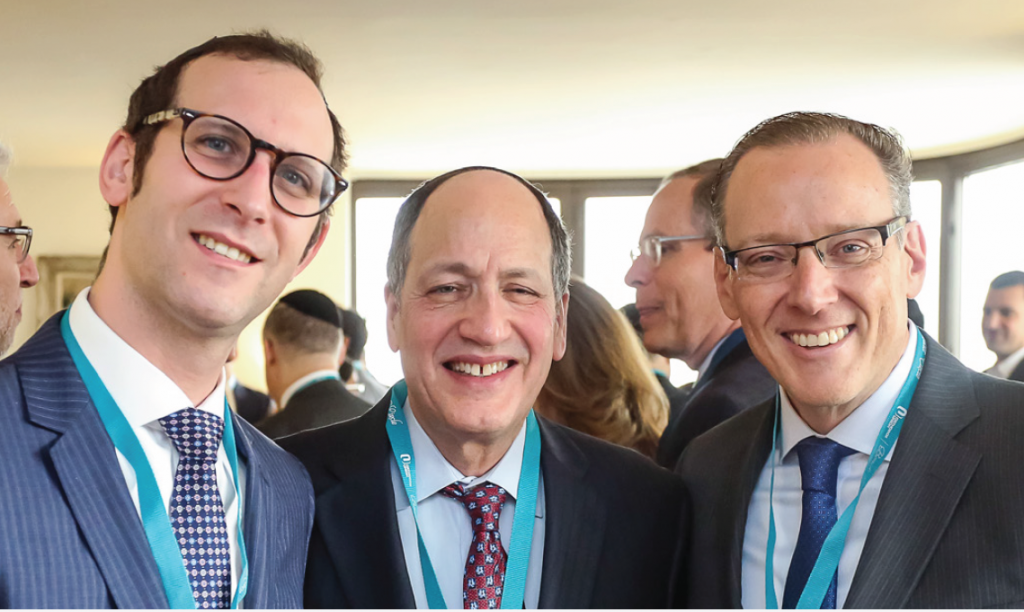 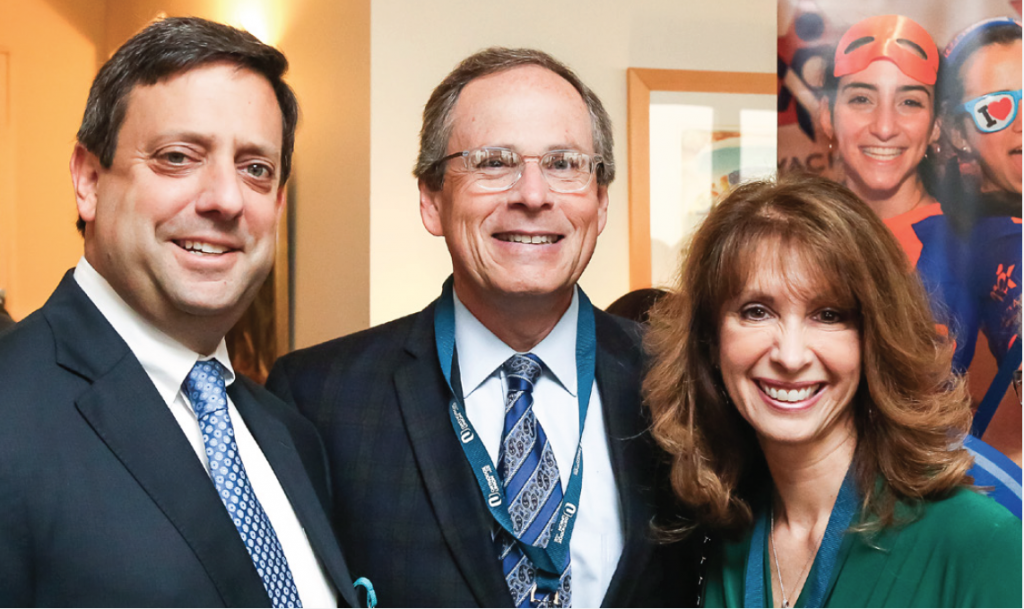