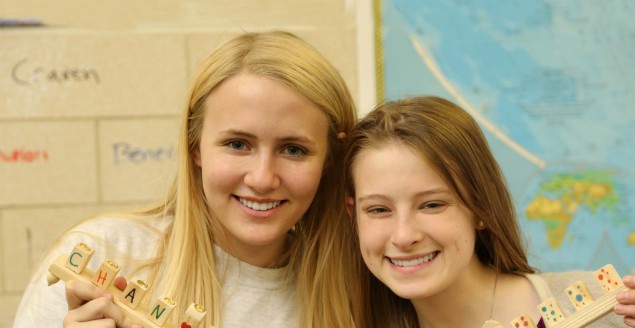 “We need to be in the business of changing lives,” says Rabbi Micah Greenland, international director of NCSY. Changing lives is, of course, what NCSY has been doing successfully for more than sixty years. But reaching kids today is much more challenging, admits Rabbi Greenland. “There is much more competition for kids’ time and attention,” he says.

How to ensure that NCSY remains on the cutting edge of teenage outreach? Welcome to “2020 Vision,” NCSY’s new bold strategic vision that will guide the organization for the next five years. Aiming at doubling the number of teens it impacts by 2020, NCSY will set nineteen pilot programs in motion, each of which addresses a particular need or population. NCSY will particularly focus on underserved populations in the years to come.

A small sample of three pilot projects (out of nineteen) set to launch in 2015-2016 include:

New England NCSY Extreme Shabbat Makeover
NCSY has long recognized that experiences that fully immerse a kid in Judaism are the most effective ways to transform a teen’s life. New England NCSY Extreme Shabbat Makeover will merge two populations in need of inspiration: day school students from Boston and other New England cities with large Jewish populations, and public school kids from smaller communities in the region. The teens will come together for unforgettable Shabbat experiences. Held in small New England communities, the Shabbatons will encourage day school kids to serve as role models and mentors, and simultaneously provide the public school kids with a genuine understanding of and appreciation for Shabbat.

Southern NCSY Latin Division
One goal of 2020 Vision is to encourage outreach to diverse Jewish populations, including Jewish teens with Russian, Persian and Latin American backgrounds. Southern NCSY is therefore creating a Latin division for teen outreach. Significant Jewish Latin American communities exist in San Diego and South Florida. In fact, the Jewish Latin American community, particularly in Aventura, Florida, was recently identified as the fastest-growing demographic in Dade County, according to the University of Miami Center for Statistics. While the community is traditional and close-knit, its members are concerned about their children growing up in a foreign culture and the impact it will have on their Jewish futures. NCSY will offer culturally sensitive programs for these Latin American groups led by Spanish and Portuguese-speaking rabbis and teachers.

West Coast JSU’s Leadership Institute
Acquiring leadership skills. Bringing ideas to life. Taking charge of a program. This is all part of JSU’s (NCSY’s Jewish Student Union) Community Leadership Institute. Instead of having NCSY staff run JSU clubs at high schools across North America, this pilot program will train and empower student leaders to run their own weekly clubs. (JSU clubs are currently found on 200 high school campuses across the country.) Students accepted to the program will receive extensive and ongoing leadership training with continual follow up from JSU facilitators.

There are an additional twenty pilot programs that have not yet been approved due to limited funding. To learn more or to become involved with these pilot projects, please e-mail Dan Hazony at dan@ncsy.org.