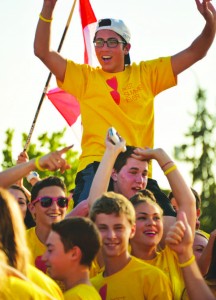 TJJ takes public school kids to Israel where they gain a firsthand appreciation of the land and their heritage.

That’s one of the findings of “Journey to Engagement, TJJ’s Impact on the Jewish Lives of Teens from Non-observant Homes,” a survey conducted by esteemed sociologists Dr. Steven M. Cohen and Dr. Ezra Kopelowitz of Research Success Technologies Ltd. Commissioned by the Orthodox Union to conduct an independent study to measure TJJ’s long-term impact, Drs. Cohen and Kopelowitz conducted Internet surveys as well as in-depth interviews with past participants of NCSY’s flagship summer program. TJJ takes public school students to Israel for an intense four-week summer experience where teens gain a firsthand appreciation of the land and their heritage. As of 2014, more than 1,784 public school teenagers have participated in the program.

The results of the survey were startling. In light of the grim findings of the 2013 “A Portrait of Jewish Americans,” prepared by the Pew Research Center—which reported that 71 percent of non-Orthodox Jews intermarry—93 percent of TJJ participants indicated that marrying Jewish was important to them; 83 percent indicated it was very important to raise their children Jewishly.

“The statistics demonstrate that the program is highly impactful,” reports Dr. Cohen.

However, the report also indicated higher rates of religious growth based on whether the student returns to Israel on a longer-term trip and on the degree of follow-up with an NCSY advisor. 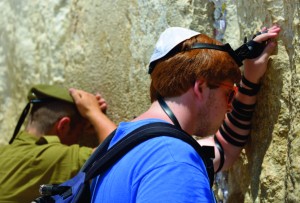 “That report not only shows the impact of the trip, but also the ability of the entire trip’s structure to empower our alumni to grab their Jewish identity and grow it on their own,” says Rabbi Micah Greenland, international director of NCSY. “The entire experience has given them the power to grow as knowledgeable Jews.”

“Undoubtedly, TJJ and its follow-up year-round programming . . . produce significant change in religious observance and other forms of Jewish engagement among some participants who were not raised very observant,” states Dr. Cohen.