OU Executive Vice President Allen I. Fagin with other American Jewish leaders at a meeting with President Barack Obama. Mr. Fagin is seated on the right-hand side, second from the end. Courtesy of the White House/Pete Souza 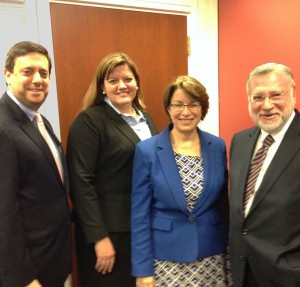 Promoting the security and welfare of Israel is a priority for OU Advocacy. Recently, OU Executive Vice President Allen I. Fagin joined other American Jewish leaders—as the sole representative of the Orthodox segment of the community—in a meeting with President Barack Obama to discuss our concerns over the proposed deal between Iran and the US and other Western powers.