In an effort to provide even greater support for synagogues and Jewish communities across North America, the Orthodox Union’s Department of Community and Synagogue Services is appointing regional directors to work directly with synagogues and communities.

“Historically, we’ve had a small national staff, based in New York and on the West Coast,” said Rabbi Judah Isaacs, director of the Department of Community and Synagogue Services. “But we realize that if we want to best serve the country’s Jewish communities, we need boots on the ground.”

The Department of Community and Synagogue Services provides vision, leadership and programmatic support to Orthodox communities and congregations throughout North America. The new regional directors will act as “ambassadors,” strengthening the bonds between the OU and the country’s Jewish communities, as well as deepening the relationships among each region’s congregations, creating and expanding upon the department’s already four-hundred strong network of shuls. The regional directors will use their talents and expertise to learn about the communities in their jurisdiction, listen to the views of rabbis and lay leaders, and help determine their communities’ and synagogues’ challenges and needs.

“The synagogue is the cornerstone of Jewish spiritual growth, social connection and educational development, as well as of deepening Jewish identification and commitment,” said Barbara Lehmann Siegel, lay chair of the Synagogue Services Commission. The expansion will take place in phases, starting with areas that have large concentrations of Orthodox Jews, such as New York and Florida, and spreading out until all areas of the country not previously served are supported. Rabbi Isaacs hopes to have North America fully covered by the end of next year. 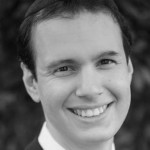 Naftali Herrmann
In his new role as southeast regional director for the Department of Community and Synagogue services, Naftali Herrmann will work with shuls in Georgia, North Carolina, South Carolina, Louisiana, Alabama and Florida. “The initial function of the southeast office will be to connect, network and develop meaningful relationships with the region’s synagogue, rabbinic and lay leadership,” says Naftali, “as well as with local federations and Jewish organizations. The first step is going to be listening and learning. We need to better understand each community’s unique story so we can properly address the needs of their synagogues and beyond.”

A Jewish communal professional for the past fifteen years, Naftali served as the director of high school programming at Yeshiva University’s Center for the Jewish Future and director of student activities at Manhattan Day School. Most recently, he served as the director of community engagement for Yachad/NJCD. Naftali is a graduate of Yeshiva University’s Wurzweiler School of Social Work, from which he earned a master’s degree focused on communal work and group therapy. Naftali and his wife, Shani, live in Boca Raton, Florida. 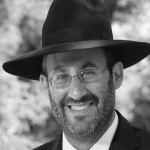 Rabbi Dovid Cohen
Rabbi Dovid Cohen was appointed to serve as the OU’s New York-Connecticut regional director for the Department of Synagogue and Community Services, representing Manhattan, Westchester, the Bronx and Connecticut. “I will be a traveling salesman of sorts,” says Rabbi Cohen. “I plan to spend time in the region’s shuls. [I] hope to serve as a scholar in residence approximately once a month, and deliver week-night lectures and programming. I also look forward to using social media to connect more effectively with our constituents, as well as to establish leadership lunch ‘n learns.”

Rabbi Cohen served as the rav of the Young Israel of the West Side for the past nine years. He received his BA from Yeshiva University, and semichah from the Rabbi Isaac Elchana Theological Seminary (RIETS). Rabbi Cohen also holds a master’s degree in counseling, with a concentration in family therapy, from the University of North Texas. He has served on the National Board of Yachad/NJCD, was a member of the Executive Committee of the RCA and has served as a rabbinical judge on the Beth Din of America. Rabbi Cohen is married to Ruchi (Eisenberg) Cohen. The Cohens have four children.