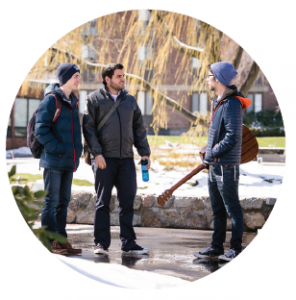 One of the questions that puzzles students of the human condition is how the growth of affluence in America over the last seventy years or so failed to be accompanied by a rise in overall happiness. To the contrary, the increase in wealth has been accompanied by a steady and significant rise in depression, suicide and the illicit use of drugs.

Psychologist Philip Cushman1 suggests that this may be due to a change in the way people have come to view and identify themselves. There was a time when the formation of an individual’s identity was helped along and informed (some would say constrained) by one’s community. A young person would identify himself as a son, a brother, a grandson, a husband, a father, perhaps a disciple of a teacher or discipline, an adherent of a religion, a patriot of one’s country or a person sharing values with others in one’s social and cultural group. The identity formed by this process played a crucial role in defining a person’s life goals—what kind of a person he saw himself becoming—and dictated his behavior. Identity gave meaning to life.

However, this has changed.

Cushman suggests that, beginning with the Industrial Revolution and coming full force with the emergence of the post-World War II economy, the path to identity formation and the very definition of the self has changed. Guided by forces such as industrialization, urbanization, individualism and secularism, an autonomous, bounded and masterful self has emerged. This is very much an individualistic self; a self that is driven more by work, career and personal advancement than by family or community; a self that is driven more by financial success and the accumulation of resources than by tradition or values. This self has specific psychological boundaries, an internal locus of control and a wish to manipulate the external world for its own personal ends to thereby attain satisfaction and happiness. In Cushman’s words, the post-WWII economy is “dependent on the continual consumption of nonessential and quickly obsolete items . . . requires individuals who experience a strong ‘need’ for consumer products and in fact demand them.” With the help of the advertising industry, which suggests that buying products will lift people to some imagined desirable “state of being” (i.e., happiness of some sort), Cushman explains, Americans slowly changed from a Victorian people with a deeply felt need to save money and restrict their sexual and aggressive impulses to a people with a deeply felt need to spend money and indulge their impulses. 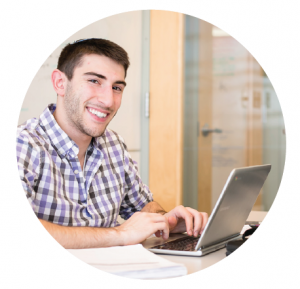 Because material consumption cannot provide deep, sustaining life meaning and happiness, people came to experience an inner emptiness, an empty self, which led to drug abuse, eating disorders, compulsive buying, suicide and depression. The Affluence Paradox—the finding that suicide, depression and other societal maladies have increased rather than decreased as our society has become more affluent—is no paradox at all. Cushman also points out that many mental health professionals often fail to help, as they tend to just help people live with the accepted, if flawed, perception of self rather than attack the underlying issues of the empty self.

Cushman is far from alone in his observations. The title of David Myers book, The American Paradox: Spiritual Hunger in an Age of Plenty,2 captures the flavor of the issue, and Jonathan Haidt’s observation that many in our country are concerned with only three out of the six identified foundational principles for making moral choices3 suggests that the richness of our world of values has been diminished. And a recently translated book by Pierre Manent titled Beyond Radical Secularism suggests that the reason Muslim immigrants from France remain unassimilated into French society is because there is nothing to assimilate into. “[The] dominant opinion in Europe tends to consider Europe as a ‘nothing,’ a space empty of anything common”—that is, of no common habits or morals. The “unlimited sovereignty of the individual,” according to Manent, “will not allow the individual to be defined by anything external to him, and thus remains empty.” Similarly, as Polish philosopher Andrzej Szczypiorski wrote in 1995,4 “The world needs a conscience more than a new generation of computers . . . . No computer monitor can display either a person’s principles or his moral choices.”

It seems almost too obvious to state the Torah’s position on this, but I think it worthwhile to cite the sefer Nachlat Yosef,5 written in 1959, on the words of the Prophet Amos (8:11-12):

“Behold, days are coming, says the Lord, Hashem, and I will send famine into the land, not a famine for bread nor a thirst for water, but to hear the word of Hashem. And they shall wander from sea to sea and from the north to the east; they shall run to and fro to seek the word of Hashem, but they shall not find it.” The Prophet is speaking of days of spiritual dimness, for example, as in our own time, when all the slogans offering high hopes have been shown to be empty, and all the beautiful “theories” were found to be false, and the soul is empty and dry and is ready to bend to all winds of the world, but it will find nothing to sate its hunger and thirst, for the thing that it (truly and unknowingly) seeks is the word of Hashem, but it will not find its way to it. This is what happened to this generation. It began with the urgency of material acquisitions, a sluggish approach to engaging in chesed, a spiritual slumber and a deceitful soul, until it led to a generation that had become empty inside and felt hungry.

No! Technological advancement and the culture of “he who dies with the most toys wins” cannot and will not fill us, heal us or make us happy. I believe the wonderful challenge for the next generation is to improve on the definition of self they have been bequeathed by the earlier generations—to fill the empty self.

One can’t help but note that the pervasiveness of the empty self as described by Cushman may be even greater in this century than in the last, what with the on-line hyper-marketing of consumer goods, the constant emergence of new technological gadgets, diminishing face-to-face social contact in favor of social media and the reported increase in narcissism, which has been said to be related to the empty self.6 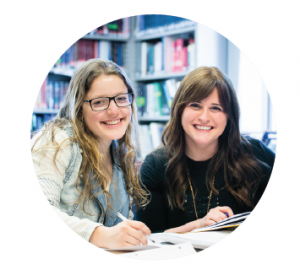 On the other hand, there are signs of a quiet revolution emerging. There are indications that this generation is not willing to accept the emptiness of the past. A review of the literature shows that millennials are approaching jobs and careers differently. Recent studies7 on generational differences in work attitudes and ethical judgments in the workplace report that millennials see work as less central to their lives, and value leisure time more. They seek more of a work-life balance and are more family-centric than the Baby Boomer generation. They are more discerning in their consumption and in their buy-in to advertising; they believe their peers more than an advert8 and look at socially responsible factors more than at pricing. They are also reported to be better at detecting ethical misconduct than members of other generations. More than half will refuse to work for a company that they have learned is socially or environmentally irresponsible.9 They question establishment politics, are more socially involved and active on campus, and they are said to be . . . seeking authenticity! Yes, they remain very individualistic, have great self-esteem and a smaller need for social approval, but I would like to believe that this is an individualism not in the service of self, but in adherence to deeply held values. There is no mention in the literature of what millennials want to do with their leisure time and what they mean by a work-life balance. I would hope that they seek more time for more meaningful contemplation, activities and involvements that will fill the empty self.

The last prophecy the Jewish people received in Malachi (3:24) is, “And he will turn back to God the hearts of the fathers with their sons.” On this verse, Rashi comments: “through their sons.” It is the children who will return true Torah values to their parents. May we see it in this generation as they rise to the challenge.

5 1 vote
Article Rating
This article was featured in the Fall 2016 issue of Jewish Action.