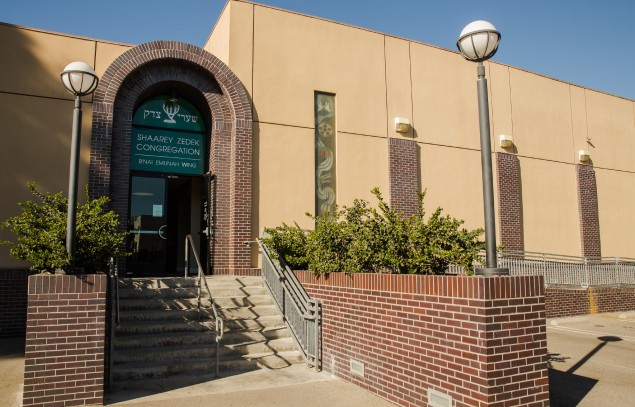 In the Los Angeles Orthodox community, everybody knows Shaarey Zedek Congregation as San Fernando Valley’s oldest and largest Orthodox shul. It is the “hub” of Valley Village and the community’s Ashkenazi “synagogue of record.” Traveling scholars from around the Jewish world know that in order to “reach” the Valley community, they have to appear at one time or another at Shaarey Zedek. The shul’s three Shabbat minyanim, each featuring a diverse population of worshippers, serve as a magnet for community semachot and all milestone celebrations, from britot and birthday parties to levayot and everything in between. It offers an array of shiurim and has an active seniors’ club, sisterhood, men’s club, dynamic youth programs and its own mikvah. At last count there were nearly 330 member families. The sixty-four-year-old OU-member shul has always projected stability and permanence.

But a different story was known to its board members at the end of 2010. It was then that this “unvarnished emet” was explained to me by my friend and shul board member Herman Muhlstein: “We are currently operating with about a $50,000 deficit. The Kol Nidre appeal produced commitments from about 20 percent of the members and the highest level of giving was $1,000. The shul has a mortgage of $850,000 left over from when the current building was constructed some twenty years ago. The rabbi, who had been here over three years (at the time), is articulate and dynamic but from a small market with some fundraising experience, but not in major giving. “On top of that,” Muhlstein continued, “the shul is still feeling the pain of 2008 when a number of members lost their jobs or experienced a deep drop in their businesses. Many watched their pensions crumble and more than a few can no longer pay their membership.”

I was shocked. How could this venerable synagogue with its lofty reputation and history be in such a position? Knowing my professional background (thirty years in development as western region executive director of the American Friends of Bar-Ilan University in Israel), Muhlstein asked me to meet with the shul rabbi and president and to work on a strategy to “dig out.”

Could it be done? Could this shul, which always lived in the shadows of the “rich city shuls,” run a successful development campaign with no building to name and hardly any inside facilities to dedicate? Could we stir a deeply hibernating giant?

Starting with the 2008 crash, the elusive goal was always to somehow put a “dent” in the mortgage. With that as the backdrop at the end of 2010, I met with Rabbi Jonathan Rosenberg, the shul rabbi, and Dr. Victor Schweitzer, president. This first meeting was not easy. As much as I loved the shul, I told them that I would only volunteer to take on this project if two conditions were met: a serious time commitment and priority from the rabbi and a serious financial and leadership commitment from the president.

I thought the effort might stop right there. I was wrong. At the next meeting Dr. Schweitzer announced that he and his wife, Irene, would be making a serious financial commitment and the rabbi told me he was “in” and had already arranged some meetings. So we were off.

Like any serious development campaign, we established an initial goal: to pay off the mortgage and provide monthly breathing room for the shul to help members who cannot pay the membership fee. We decided that half of everyone’s donation would apply to the mortgage and the other half would help with the running budget. Complete transparency was of critical importance due to some perceived difficulties with that in the past. 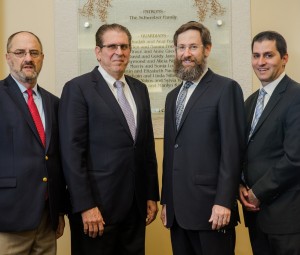 Next we established categories for giving. A beautiful plaque would be hung on the front wall of the shul for donors of $50,000 or higher. (The location was a point of contention early in the process. There were those who felt it was too conspicuous. But we decided that this recognition would create greater possibilities for larger gifts.) Another striking plaque would be placed in the lobby for the donors of $5,000 to $50,000.

And thus began the door-to-door fundraising process by the rabbi, the president and the development professional to speak to congregants about the “campaign.” There is a saying in the development profession: “When it comes to major giving there is no elevator. You must take the steps.” There are no shortcuts. So we climbed the steps with literally hundreds of hours of individual meetings.

A number of the early encounters were not easy. Members were not used to hearing requests for sums such as $100,000 or higher. But we knew that we had to set the bar high in order for this to succeed. Also, I guess it is human nature that when you ask for large sums of money for a synagogue, you have to be prepared to hear a myriad of constructive suggestions. And we did. I think we fielded every kind of comment concerning how a shul should run—from the type of speakers to the quality of the herring and everything in between. But at the end of the day, the generosity of the shul members was astounding. We had very few refusals and even fewer people who couldn’t appreciate why we came.

That is not to say that everyone gave meaningful sums. There were a few disappointments, but we were undaunted. Most people gave with all their hearts. In fact in a two-month period $125,000 came in from people who stepped forward without being asked, simply because they heard about the campaign and wanted to be part of the mitzvah of strengthening their house of worship. Not only was the goal met, but funds were raised above and beyond the goal. The campaign was dynamic. There were people who gave for one category and once they were into it upped their donation to the higher category.

During this process we learned many important lessons.

1. People want to give if they are presented with the right opportunity.

2. Raising funds for a shul can be most meaningful, rewarding and exciting.

3. You cannot give up, even when you experience disappointment. “No” doesn’t necessarily mean “no.” It can mean you didn’t come at the right time. Or it can mean I have too many commitments right now. Or it can mean there are personal issues. But it seldom means “no.”

4. There is no substitute for the personal meeting.

5. An organized development campaign for a synagogue can succeed if it is carefully thought through and carried out with sensitivity.

A young couple who attend another shul came forward to give generously because they wanted to strengthen the Orthodox community. Another couple told us they cancelled a vacation in order to fulfill this commitment. Another individual thanked us for giving him the zechut to be a part of this “holy work.”

The Valley religious community and its “spiritual heart” Shaarey Zedek have every right to be proud of changing a once-dormant culture of giving in this important and vibrant synagogue.

Synagogues needing assistance in fundraising and other areas should contact the OU Synagogue and Community Services Department at 212.613.8300 or e-mail synagogue@ou.org.

Ron Solomon is western region executive director of the American Friends of Bar Ilan University and a member of the Shaarey Zedek Congregation for eighteen years.