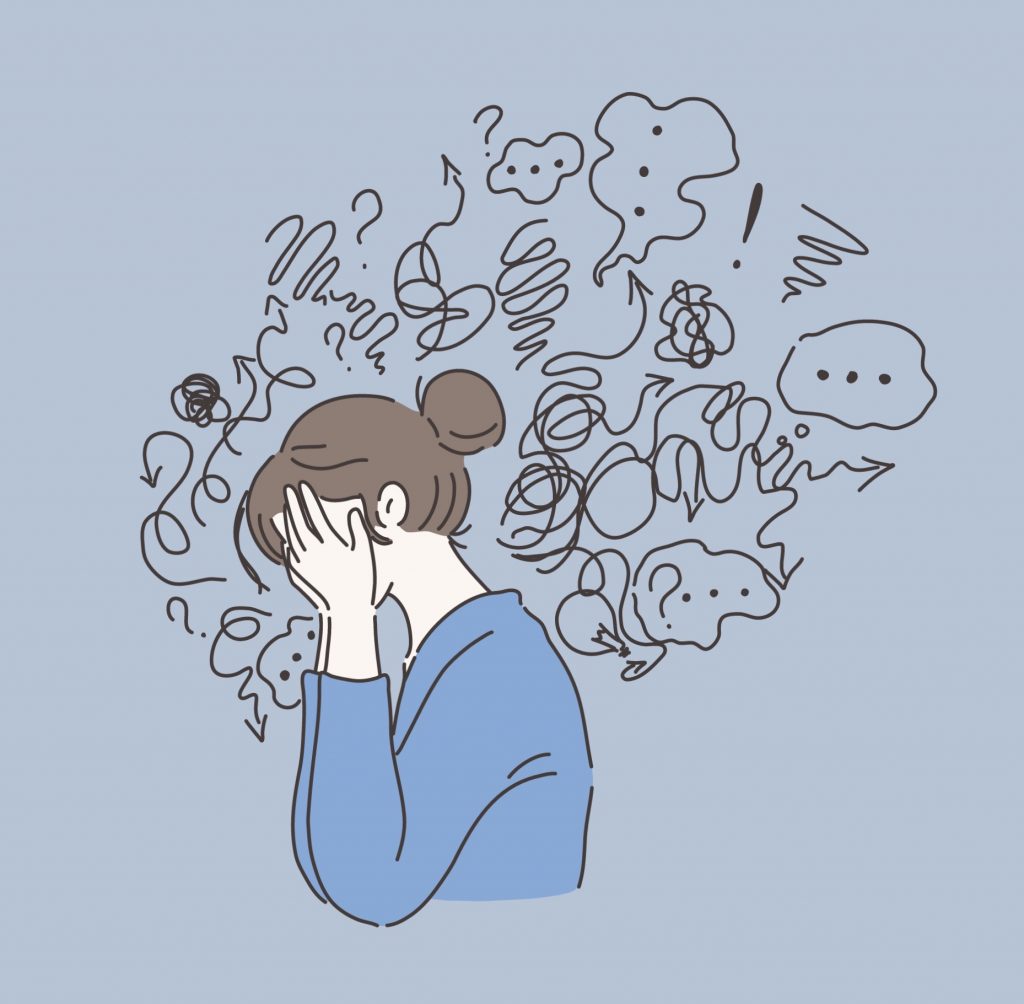 Just as there can be degrees of fear, there are degrees of anxiety, ranging from mild to very intense. The latter is referred to as panic disorder, in which, for no apparent reason, a person experiences symptoms similar to what one would feel if he were trapped in a burning building. One who is calmly pushing a shopping cart down the supermarket aisle one minute and experiences heart palpitations, tremors and a feeling of impending doom the next minute is suffering from a panic attack.

Anxiety may take the form of excessive, unrealistic worrying about everyday things. It may manifest as social phobia, such as being terrified of being called upon in class, of being called to the Torah for an aliyah or of being in a crowd. One young man with a social phobia ran out of shul when his father-in-law chose to honor him with an aliyah on Rosh Hashanah. One may feel anxious when in a closed space, such as in an elevator, or may be anxious about heights, such as when crossing a bridge. Anxiety may manifest as repetitive morbid expectations, when one is constantly expecting terrible things to happen. Anxiety can seriously impair one’s functioning; there are those who cannot get to work because traveling through a tunnel causes them to experience intense anxiety.

People who have experienced a traumatic episode of some sort may develop anxiety symptoms, sometimes long after the actual incident. This is referred to as Post-Traumatic Stress Disorder (PTSD).

Even low-grade anxiety may result in a variety of physical symptoms, such as severe headaches, chest pain, high blood pressure, digestive disorders, fatigue, restlessness and insomnia. People who find that alcohol or food relieves anxiety are at risk of becoming alcohol-addicted or developing an eating disorder.

The distress of anxiety may bring one to the doctor’s office, and in an effort to relieve the patient’s suffering, the doctor may prescribe a tranquilizer. This may be helpful for short-term anxiety, which is expected to dissipate in a few days or weeks. However, for anxiety that persists for a long period of time, many of the tranquilizers may backfire, because the body gradually becomes immune to them, and the patient increases the dose, which can lead to serious addiction. In one case, a person who began taking 5 milligrams of Valium three times a day ended up taking 300 milligrams a day! This impaired not only his ability to drive, but also his ability to walk and think straight.

It was previously assumed that anxiety was due to psychological factors, especially early life experiences. This may be true in some cases, but it is also possible that some chemical imbalance may be the cause. A number of non-addicting medications, especially antidepressant medications, may be very effective even if the person does not feel depressed.
Anything that can help a person feel more secure can relieve anxiety. Obviously, a person who has a firm trust in Hashem and truly believes that Hashem will protect him from harm may get some relief from anxiety with this conviction. Bitachon, however, does not come easily.

Let me share with you something that I heard from a young woman in recovery from alcoholism and drug addiction. After relating the story of her deterioration and her subsequent recovery, she said, “There is one more thing I must tell you.

“I am a rabid fan of the New York Jets, and I will never miss a game. One weekend, I had to be away, and I asked a friend to record the game for me on her VCR. When I returned, she gave me the tape and said, ‘By the way, the Jets won.’

“I began watching the game and was horrified by the terrible performance of the Jets. At halftime, they were twenty points behind. Under other circumstances, I would have been a nervous wreck: anxious, pacing and hitting the refrigerator for sweets to settle my nerves. But this time I was perfectly calm, because I knew they were going to win.

“When I entered this recovery program, I made a conscious decision to turn my life over to the will of God. I know that eventually it will turn out all right, because God is in charge of my life. Sometimes, I am twenty points behind at halftime, but I don’t panic. I know that I am ultimately going to win.”

I felt remiss that I had to take a lesson in bitachon from a recovering addict, but the Talmud says “Who is wise? Someone who can learn from everyone” (Ethics of the Fathers 4:1). One who suffers from anxiety can find some relief if he internalizes the understanding that since God is in charge, even though he may be twenty points behind, the outcome will ultimately be good.

The founder and medical director of Gateway Rehabilitation Center in Aliquippa, Pennsylvania, Rabbi Twerski, MD, was one of the country’s leading experts on drug and alcohol rehabilitation. He was the author of numerous books including Dear Rabbi, Dear Doctor (Brooklyn, 2005) and From Pulpit to Couch (Pittsburgh, 2005). His column was regularly featured in Jewish Action.

5 1 vote
Article Rating
This article was featured in the Winter 2006 issue of Jewish Action.