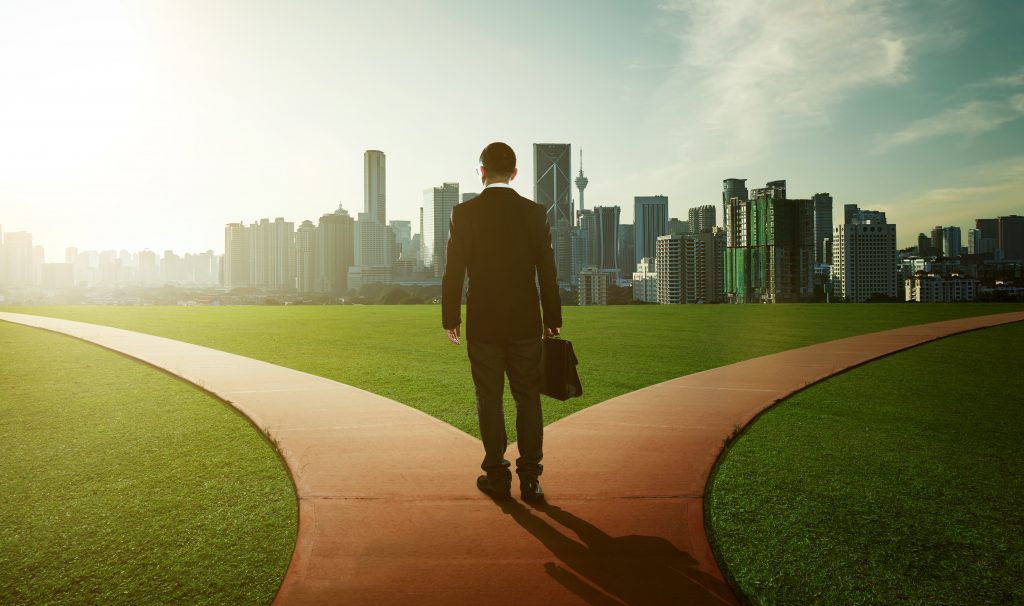 Losing the ability to support one’s family is one of the greatest stresses one can experience. However, one who lost his job must be careful to avoid complicating matters by succumbing to despair or feelings of unworthiness.

Upon losing a job she had held for more than a decade, a woman I know lamented, “Without a job, who am I?” True, a job is of crucial importance, but the job is not the person. It is certainly awful to lose one’s job, but it is worse to lose one’s self.

An acquaintance of mine worshipped at a certain shul for twenty years; when he lost his job, he switched to another shul. He felt an overwhelming sense of shame at his inability to donate money to the shul. “Whenever I used to have an aliyah,” he said, “I would donate a hundred dollars. Now it is difficult for me to donate ten dollars.” Why the shame? Because he defined himself solely in terms of how much money he makes. This is a terrible mistake.

Losing one’s job during a recession [or other economic decline] is not one’s fault, and one should not act as though he is responsible for it. An individual in my community confided to me that since he lost his job, he’s feeling guilty that he can’t provide for all of his children in the same way.

“My two older daughters went to seminary in Israel,” he said. “My youngest daughter was planning to go with her friends, but I can’t afford it. I feel that I have let her down.” It is bad enough that his daughter lost the opportunity to study in Israel, but it is truly tragic if his daughter ends up also losing the moral support of her father because he is too busy wallowing in unjustified guilt.

Looking for the Silver Lining
Despair is counterproductive. While it is extremely frustrating to be unable to find work, whatever employment opportunities that may exist can be lost if one has an attitude of despair. If one feels hopeless, he may not even look for other opportunities, thinking, “What’s the use? I’ll never find anything anyway.”

Judaism is a religion of optimism, and it teaches us that we must look for the silver lining in every situation. In fact, oftentimes people do not look for new vistas as long as they are gainfully employed. If one can avoid the feeling of hopelessness, he may actually discover new and exciting opportunities that he would have never discovered otherwise. Grandma Moses’ paintings today sell for thousands of dollars. But she did not begin painting until she was in her 70s, when her arthritis precluded her from doing needlework. Her artistic talents were dormant and came to the fore only because she became disabled by arthritis.

A helpful tip: Try “creative visualization,” i.e., seeing yourself happily employed in a desirable job. Some of you might say, “Wishful thinking does not put food on the table.” True, but neither does brooding. Others may contend that they simply “can’t meditate.” However, if one is ruminating over one’s circumstances due to the loss of one’s job, one is, in fact, meditating. So instead of negative meditation, meditate on positive things.

Believing in Ourselves
It is easy to preach about bitachon (trust in God), but having bitachon when one is in dire straits is not a simple achievement. I once attended an Alcoholics Anonymous “gratitude meeting,” where each participant expressed gratitude for the gains he made in his sobriety. One man said, “I’ve been sober four years, and I wish I could tell you that they’ve been good. My company downsized and I haven’t been able to find a job. My wife divorced me and took custody of the kids. I could not pay my mortgage and they foreclosed on my house, and last week, my car was repossessed. But I can’t believe that God has brought me all this way, only to walk out on me now.” This non-Jewish man’s attitude epitomizes bitachon, the belief that Hashem is guiding one and that all that He does is ultimately for the best.

We need to believe in God, but we also need to believe in ourselves. When we believe in ourselves, God believes in us as well. The word “emunah” means “belief,” but it can also mean “to raise” (Megillat Esther 2:7), in the sense of bringing something about. Rashi says that Noach did not exhibit a firm belief that there would be a flood (Genesis 7:7). Ohev Yisrael comments that Noach was only reluctant to believe in the catastrophic event because he was afraid that believing in it could actually hasten it. Thus, the notion of self-fulfilling prophecy—that belief can influence events—does exist within the Torah. With emunah, one can make things happen. “Hashem will bless you in all that you do” (Deuteronomy 15:18). When you have emunah in yourself and initiate action, it may actually bring about that which you desire, and Hashem will bless it with fruition.

The key is perseverance. My first book was rejected by eighteen publishers, but was accepted by the nineteenth. That provided the momentum to write sixty-three more books!

Of course, some people may not be able to control their depression. It is important to be aware that severe stress can cause a chemical imbalance, resulting in a depression that may require medical treatment.

When things go sour, you may feel like giving up. But think for a moment. Just what do you plan to do if you give up? In the “Peanuts” comic strip, Lucy says, “I can’t take it any more. I give up!” Charlie Brown responds, “Where do you go to give up?” So, don’t give up, because there’s no place to go to for giving up. We have to do our utmost to keep going when the chips are down, because giving up is simply not an option.

The founder and medical director emeritus of Gateway Rehabilitation Center in Aliquippa, Pennsylvania, Rabbi Abraham Twerski, MD, was one of the country’s leading experts on drug and alcohol rehabilitation. He was the author of numerous books and his column was regularly featured in Jewish Action.

5 1 vote
Article Rating
This article was featured in the Winter 2011 issue of Jewish Action.