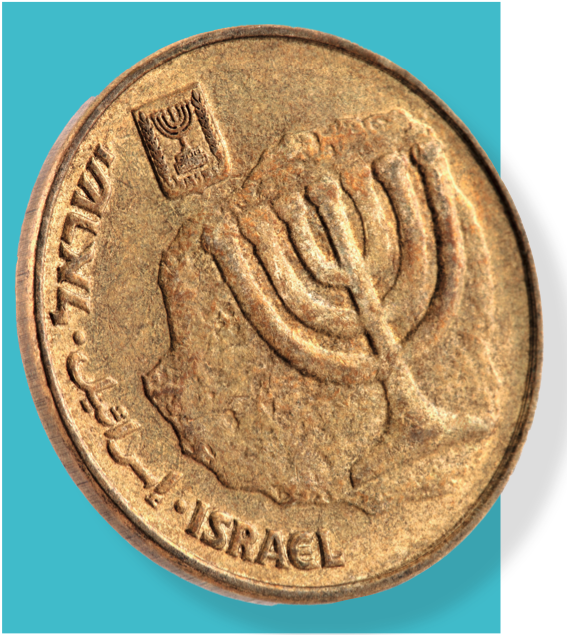 You can live comfortably in Israel, with the right planning and an open mind

There’s a famous joke that purportedly reveals the secret to achieving financial success in Israel as an oleh:

How do you become a millionaire in Israel?

Kidding aside, Israeli financial consultant Rifka Lebowitz believes the joke is no longer relevant. The author of Smart Israeli Banking made aliyah from Scotland at age twelve, and is highly-qualified to opine—Lebowitz is the founder of the mega-popular Facebook group Living Financially Smarter in Israel (LFSII), which she created with the goal of helping fellow citizens be as financially successful as possible. With over 32,000 members, LFSII’s reach has far surpassed the “hundred or so” followers Lebowitz expected to garner upon its launch in 2009.

“Israel is not what it was,” she says. “You drive around, people have nicer cars, the malls are full and people are doing financially better.”

Lebowitz doesn’t dispute that making aliyah is very challenging; but moving to any country is difficult, she notes.

“Immigration is hard. You need to learn how the culture works and how to get jobs. I’m not saying aliyah’s not hard, but if you are willing to adjust your expectations according to what Israel can offer and understand what it takes to make it here, you can.”

As for whether living in Israel is more or less expensive for frum people—specifically retirees and young families—than living in North America, Lebowitz prefers not to make a blanket statement.

“It’s not necessarily more or less expensive,” she says. “It’s different. Israeli salaries and expectations are different. What we earn translates differently than it does outside Israel.”

Baruch Labinsky is an investment manager and independent financial planner who made aliyah from Toronto in 1993. The founder of Labinsky Financial, he helps people create financial plans to maximize their financial success and is the author of A Financial Guide to Aliyah and Life in Israel.

Labinsky highlights two areas that could potentially be cheaper for olim: healthcare (more so for Americans than Canadians, who already have socialized medicine) and education.

“Tuition is hefty for North American private schools, so generally there will be significant savings here if you go into the public system,” he says. “But many olim choose private schools, which are considered to be a little bit better. Or maybe hashkafically you want your kids to attend a certain school for religious reasons. So the education system can get expensive depending on how many kids you have and what all of their needs are.”

Families must also consider “absorption expenses” related to children’s integration, he notes, like tutors to help them catch up with language skills and Israeli culture. Extra-curriculars or chugim are highly popular in Israel as the school day is typically short. These too come at a cost.

When it comes to purchasing a home in Israel, both Lebowitz and Labinsky agree that getting into the housing market is tremendously challenging for both retirees and young families. 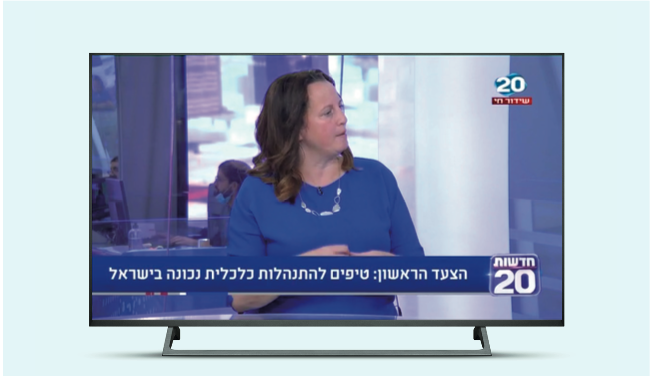 Financial consultant Rifka Lebowitz discussing how olim make it financially in Israel on Israeli TV’s Channel 20 News in July of 2020.

“In addition to the shekel price of apartments going up, the values of the dollar and most foreign currencies have gone down over the same period of time,” says Labinsky. “It’s like a double whammy. If you had X amount and it was worth four shekels to the dollar, and now it’s only worth three, and the price of real estate has doubled or tripled over this period, it makes it a lot harder for people who are coming from countries where real estate is cheaper than in Israel.”

Then there’s the mortgage.

“If you don’t have income, Israeli banks are not going to give you a mortgage,” says Lebowitz. “They want mortgages to be finished by retirement. Mortgage is a huge deal because you need a considerable amount in a down payment. Then you need your salaries to be able to cover the mortgage and the equation just works differently. It’s much harder in Israel, unfortunately, to buy property.”

Housing is often prohibitive in cities like Jerusalem and Tel Aviv, which are part of central Israel. They suggest that olim be flexible and consider living in other regions, like the North or South.

“You can get really cheap housing in places all over the country,” says Labinsky. “You just have to be
willing to go a little bit out of your comfort zone.”

Labinsky believes most retiree olim receive pensions and have been contributing to retirement savings plans, which will offer a certain amount of revenue.

“Just like you would be living in North America on that income, you can also live on that income and get by here,” he said. “You just have to create a plan of how it’s going to work.”

While salaries in Israel are lower than in North America, employment opportunities abound, including in the high-tech and business industries and international commerce. According to Lebowitz, two-income families are the Israeli norm, while Labinsky noted that most people have more than one job. Both experts emphasize that creativity, adaptability and a willingness to pivot careers will greatly contribute to olim’s employment success.

Thanks to telecommuting, “people can move to Israel and not even give up their jobs,” says Labinsky. “Olim can plan their finances and transition in a way that is a lot more financially secure. They don’t have to give up everything and start here from zero.”

Lebowitz maintains that food and pharmaceutical items are not much more costly in Israel. New cars, on the other hand, are twice the price because they’re taxed very heavily. Olim may therefore opt for one car versus two, while keeping in mind that smaller cars have smaller premiums. Or they may choose to live near public transportation and skip driving altogether. Labinsky cautions that the cost of school buses used by many families may also add up.

North Americans accustomed to spending a lot on entertainment may be relieved to know that “culturally Israelis tend to spend less on these things,” says Lebowitz, citing barbecues and tiyulim as popular pastimes. You can also get an inexpensive membership for all of the national parks, Labinsky adds.

“There are things to do,” he assures. “It’s a small country, but there’s a variety in terms of the type of entertainment. It really depends on people’s budgets.”

Another expense that is markedly different from Chutz La’Aretz is the cost of shul membership, which varies depending on the community.

“There are shuls where you just give a donation when you get an aliyah,” says Lebowitz. “In the more Anglo areas, you will pay more for shuls, but the prices are definitely way lower than what I’ve seen in North America.”

Perhaps more important than dollars and cents—or shekalim and agorot—are olim’s attitudes about their new lifestyles.

When you make aliyah, “you don’t want to replicate your life,” says Labinsky. “You want a new life. You want to take advantage of everything we have in Israel. And there are a lot of tremendous advantages. I really don’t know anyone who I speak with here who is unhappy or has regrets. The majority of those who want to make it here financially can make it. I really believe that there is a tremendous amount of financial success here and berachah.”

Money Talk: Leading career and business experts discuss how to grow your business or career and improve your financial situation

Parnassah Exchange: A New Clearinghouse for the Unemployed by Steve Lipman

Money Mindset: Can We Change the Way We Think About Money? A Q&A with Rabbi Naftali Horowitz

Money Matters: Helping families get out of debt, change the way they relate to money, and achieve financial freedom