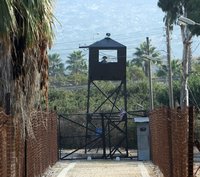 In 1897, at the First Zionist Congress in Basel, Switzerland, Theodor Herzl challenged the Jewish people with the words, “If you will it, it is no dream.” It’s been just over one hundred years since that momentous event, and today almost 40 percent of the world’s Jewish population lives in Israel – a miraculous increase from less than half of 1 percent in 1897.

One of the most inspiring, yet challenging, periods in the return of the Jewish people to the Land of Israel was the period referred to as Aliyah Bet, which took place between 1939 and 1948. The British Mandatory authorities called this aliyah “illegal immigration.” The Jewish Agency and the Haganah, on the other hand, termed it “clandestine immigration,” an aliyah in defiance of British opposition and restrictions, based on the premise that it cannot be illegal for a Jew to return to the Land of Israel.

The period of 1917 to 1948 began with much hope and optimism; the British replaced the Turks after World War I and issued the Balfour Declaration with its favorable disposition toward “the establishment in Palestine of a national home for the Jewish people.” In 1921, the League of Nations officially conferred on Great Britain a mandate to implement the Declaration. But in the 1930s, under increasing Arab pressure, British immigration policy became increasingly restrictive, and in 1939, as the mortal threat to European Jewry began to engulf Germany and all of Eastern Europe, Britain effectively slammed the doors of Palestine shut to all but a trickle of Jews. The famous White Paper of May 1939 limited Jewish immigration to an immediate 25,000 and went on to state:

For each of the next five years a quota of 10,000 Jewish immigrants will be allowed, on the understanding that a shortage one year may be added to the quotas for subsequent years, within the five year period, if economic absorptive capacity permits….

After the period of five years, no further Jewish immigration will be permitted unless the Arabs of Palestine are prepared to acquiesce in it.

The story of this period, and of the emotional and physical challenges that many of the clandestine immigrants faced, is told dramatically and effectively at Atlit. Just ten miles south of the modern city of Haifa, and once the location of a twelfth-century Crusader fortress on the Mediterranean, Atlit was where the British interred many of the “illegals” they caught. Most of Atlit’s “residents” between 1945 and Israeli independence in 1948 were Holocaust survivors who, led by Haganah operatives in post-war Europe, crossed borders on foot, traversed rivers, climbed alpine mountain passes and boarded rickety and barely seaworthy ships in order to run the British blockade and make it to the shores of Israel. The famous boat Exodus was one of dozens of boats that were packed with hundreds and sometimes thousands of people for the journey from the coast of France or Italy to Israel. Some made it safely and undetected to the shores of Israel. Most were caught by the British, and in some instances, even fired upon.

Boats with “illegals” that were caught by the British were escorted by British destroyers to Haifa Harbor, and the survivors, carrying what remained of their possessions in a single suitcase or backpack, were delivered by bus to the detention camp at Atlit. Modern-day visitors can experience for themselves the first images that greeted the refugees in Atlit sixty years ago: rows of barbed wire and British watchtowers. The refugees were then escorted to a main shower facility in the middle of the complex. While many of the people who functioned in the camp were Haganah representatives, and the camp was on the soil of Eretz Yisrael, one can only imagine the terror of these Holocaust survivors as they were escorted through barbed wire to take showers.

At Atlit, be sure to visit one of the reconstructed buildings that housed camp residents. Men and women were separated into different sections of the camp, but walking through the building gives one a real sense of what it was like for the thousands of Jews who passed through the gates of Atlit. I am always moved by the graffiti carved into the wood walls, a pre-computer age database through which survivors desperately searched for relatives.

One of the most dramatic events in the history of Atlit took place the night of October 10, 1945. Many of the camp “residents” at that time were Iraqi Jews who had been caught crossing into Israel by foot. The British had threatened them with expulsion to Iraq and certain death. A plan for their rescue was formulated, and a number of Haganah soldiers were placed in the camp as Hebrew teachers and sports instructors. Thanks to careful coordination and planning, a unit led by a young Palmach commander by the name of Yitzhak Rabin succeeded in breaking into the camp and releasing all of the prisoners. The story of the camp and the amazing rescue is told in a short film at the main building.

Today, making aliyah is relatively simple. One can only marvel at the determination, ingenuity and courage of those who made aliyah sixty years ago. For them, there was only one alternative: getting to Israel. No obstacle was too great. Failure was not an option. They paved the way for the new State of Israel, and for the fulfillment of 2,000 years of dreams and prayers. We as a people are indebted to their mesirut nefesh, and there is no better place to sense that spirit than at Atlit.

Mr. Abelow is a licensed tour guide and the associate director of Keshet: The Center for Educational Tourism in Israel. Keshet specializes in running inspiring and enjoyable tours of Israel for congregations, schools and families. Mr. Abelow can be reached at 972-54-313-3712 or at peter@keshetisrael.co.il.