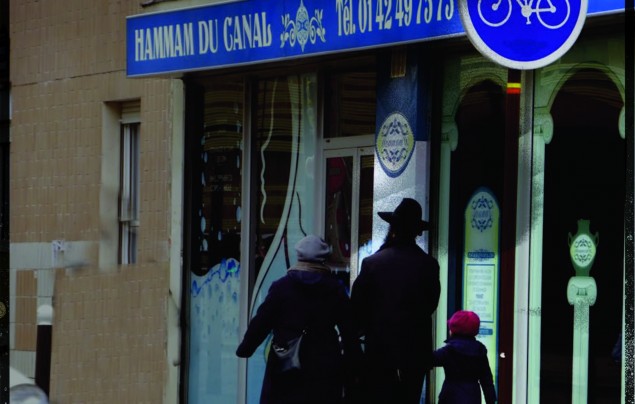 In the spring of 2014, Dan Béchar and his wife decided to make aliyah from France with their three kids. By September, they were settled into their new home in Jerusalem.

“A few years ago we didn’t give any thought to making aliyah,” says thirty-five-year-old Béchar. “But once we decided to move, we realized we should do so as soon as possible.” The Béchars have two daughters, ages seven and five, and a two-year-old son. 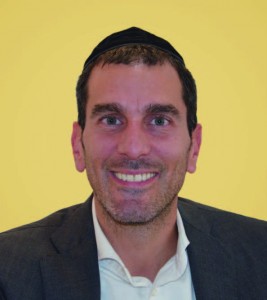 Dan Béchar, who made aliyah from France this past September with his wife and three children, never thought he would be living in Israel a few years ago. But with the escalating anti-Semitism in his home country, he believes “it’s over for the Jews in France.”

The Béchars, who are religious Jews, made the decision to leave for one reason only: escalating anti-Semitism. “The question wasn’t whether we were going to move to Israel, it was a question of when,” Béchar says.

Béchar, who was a headhunter in France and is currently enrolled in an ulpan, admits that the situation in France has changed radically over the past few years. “Five years ago, it wasn’t like this. But now everyone wants to leave,” he says.

“I went to public school, so I grew up with blacks and Arabs—as well as Jews. But it’s not the same now.”

People don’t mix so much anymore, he says. “Jews don’t go to public schools.” Even Jewish families that aren’t religious send their children to Jewish schools today. “When I was growing up, you only went to a Jewish school if your parents were very religious. Things changed very quickly.”

“Jewish people love France,” Béchar says. “We wanted to stay. The worst thing for us is that [it feels as if many] non-Jews don’t like us anymore. It’s as if you love someone but she doesn’t love you back.”

Probably the biggest change is that “Jews don’t feel safe in France anymore,” Béchar says. “In Israel, we are safe. If something happens, people will try to help protect you here. In France, they don’t.”

French Jews, says Béchar, simply do not trust that the French government will protect them. “There have been too many anti-Semitic incidents. They can’t just say they’re sorry. They can’t just look the other way . . . . There’s no more trust . . . . I think it’s over for the Jews in France.” 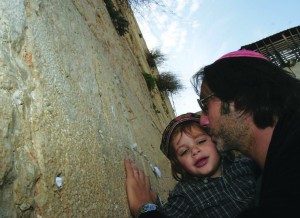 A French immigrant kisses his son as he prays at the Western Wall in Jerusalem after arriving in Israel.

Most of Béchar’s extended family already left France. His older sister lives in Miami, and his younger brother is in Jerusalem. His parents moved to Tel Aviv four years ago. Béchar and his wife were the last to leave. Before they left, his mother-in-law called and suggested that perhaps they “should wait a few months.” But their minds were made up.

“We knew it would be hard for us, but we hope it will be easier for our children. We don’t want to have to move again. I hope this is the final stop, ”says Béchar.

MK Yoni Chetboun, who chairs the Knesset Caucus of Olim from France and whose family hails from France, explains that there are three groups of Jews currently living in France. There is the traditional and religious population, numbering about 150,000. “They’re the first to leave,” he says. The next group is not necessarily religious, “but they see themselves as Jews.” This group accounts for another 150,000. “That leaves another 200,000 who are headed for assimilation,” Chetboun says.

Like all olim, French Jews who move to Israel face certain hurdles. “These families face a variety of challenges including learning Hebrew, finding work, dealing with a different school system and earning a living,” says Avi Zana, director general of AMI, a French acronym for “better aliyah and klitah.” Founded ten years ago, AMI does for French Jewry what Nefesh B’Nefesh does for North American Jews. “The bottom line is that they have to find their way in a new society,” Zana says.

Difficult as it may be to uproot oneself and one’s family, Béchar concedes that making aliyah as a younger person presents fewer obstacles. “It’s easier for me to start over at my age than if I were fifty or fifty-five years old,” he says. Moreover, he says, coming with young children is “better than coming with teenagers who might end up not being French and not being Israeli.”

Nat Partouche, twenty-five, is a case in point. In 2012, while enrolled in a master’s degree program in computer science in Paris, Partouche decided to take a year off and go to Israel on Masa Israel Journey. Sponsored by the Jewish Agency for Israel, Masa arranges internships and volunteer positions for young adults around the world in the eighteen to thirty age range. Partouche worked for an Israeli startup and found that he “liked life in Israel.” He learned Hebrew and made good friends. 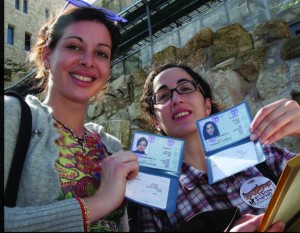 After the year, he returned to France, and a short time later he received a phone call. It was a job offer—in Israel. Partouche made aliyah in December 2014.

For middle-aged French olim, finding satisfying work can be a significant challenge. Some French olim claim that they weren’t sufficiently prepared for making aliyah. If they were going to have to retrain in their fields, they feel they should have been able to start the process in France. They also wonder why they weren’t able to start an ulpan in France as soon as they decided to make aliyah.

Arik Cohen, fifty-three, was a licensed driving instructor in Paris. He’s currently in the lowest-level Hebrew class in his ulpan. He reads a bit of Hebrew, “but speaking is difficult for me,” he says. As a father of five, he keeps wondering how long it will be before he’ll be able to make a real living. His wife, Diane, is a few years younger. “We knew it would be difficult to come,” she says.

“I believe that Hashem will make things ok. But the decision to move to Israel is still very difficult.” Nevertheless, she feels they made the right choice, and offers the following message to her fellow Jews still in France: “Come now. Don’t wait until it’s too late.”