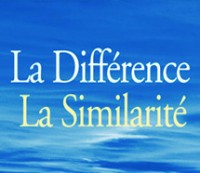 I may not be a typical Chareidi Jew (if there even is such an animal), but I’m a musmach of Rabbi Yaakov Yitzchok Ruderman, have been a member of Agudath Israel for many decades (and have served as the organization’s spokesman for the past thirteen years), don’t own a television and wear a black hat.

And I have often related wonderful divrei Torah from the Mei Marom (Rav Yaakov Moshe Charlop) at my Shabbos table—as well as from the pulpit when asked to speak at the Agudath Israel shul where I daven. I have done the same with words of Torah from Rabbi Elchanan Wasserman and the Satmar Rav.

And I know many Jews whose upbringing naturally leads them to sources like Rav Charlop or Rav Kook, but who would never hesitate to cite the Chazon Ish or Rav Schach at their own Shabbos seudos or in public.

I have a long and abiding admiration for both Rabbi Berel Wein (a warm mazel tov to him and his kallah!) and Rabbi Emanuel Feldman. One of my beloved sons-in-law is a talmid of Rabbi Wein’s, and I have been privileged to communicate on several pleasant occasions with Rabbi Feldman. Both are undeniably perceptive and sagacious men. Which is why I am puzzled that they both (Rabbi Wein in this issue of Jewish Action, Rabbi Feldman in the preceding one) have taken a broad look at contemporary Orthodox society and emphasized its internal divisions without acknowledging its cohesiveness.

What they describe is a balkanized Orthodox world characterized by “bitterness … demonization [and] exclusivity” (Rabbi Wein’s words) and by “an innate lack of concern for the future of the Jewish community” (Rabbi Feldman’s).

To be sure, communities, no less than in the case of individuals, do well to take stock of themselves and ferret out areas where improvement might be had. And there are certainly areas—including ahavas Yisrael (loving your fellow Jew) and hava’as shalom bein adam le’chaveiro (bringing peace between a man and his neighbor)—that the Orthodox world in all its variation would always do well to be mechazek itself.

But it seems to me that much of the Orthodox self-excoriation that has appeared in Jewish Action’s pages of late is misconceived. At least, it presents only part of a much larger picture—a picture that, for all its serious gaps and harsh shadings, should give us all a tremendous sense of pride.

It is a picture that shows growing consensus along the “Chareidi-Centrist” divide over such matters as the centrality of limud Torah, the non-negotiability of halachah, the importance of kiruv rechokim (outreach), the dedication to tzedakah and chesed and the recognition of the dangers inherent in what goes by the name of “Jewish Pluralism.” It also shows growing, across-the-board concern over some of the scourges of modern-day social pathologies that have infiltrated Orthodox Jewish homes of all stripes, across-the-board activism in attempting to address such challenges as the growing singles crisis and the high cost of tuition, and across-the-board resolve to mobilize forces and resources to help our beleaguered brethren in Eretz Yisrael. Daf Yomi shiurim are delivered and Moetzes Gedolei HaTorah proclamations are posted in Orthodox Union-affiliated shuls, and the OU’s kashrus standards are respected in countless Chareidi homes.

There can be little doubt that the robust growth, baruch Hashem, of the Torah-observant community, both in Eretz Yisrael and in chutz la’Aretz, has brought challenges along with its blessings. And the natural branching out and coalescing of like-minded groups can indeed adversely affect the intimacy that earlier times may have nurtured (although visions of the “good old days” when Orthodox Jewish groups lived in perfect harmony may say more about nostalgia than fact). But that different groups may have developed in somewhat different directions hardly makes for a tragedy. Klal Yisrael began, after all, with twelve distinct tribes. What is more, when family members act in ways that strike other family members as out-of-sync with the family’s history and values, the registering of protest is necessary—precisely because they are family.

Which, as it happens, isn’t a bad model here: a family. A strong bond between, say, siblings or cousins, will always endure, but the independence that comes with the passage of time can come to yield differences of approach and opinion that may not have been as evident in more youthful days. That reflects no rejection, chalilah—only the human condition, and the inexorable toll taken by experiences, growth and new responsibilities.

And so we do indeed come to inhabit a different world than once existed. There are real and meaningful distinctions among Orthodox Jewish groups regarding a number of important contemporary issues.

Rejection of certain changes in the role of women in observant society—changes largely empowered by the engine of the wider world’s militant feminism—is one point of clear distinction between Chareidi and other Orthodox Jews. Our respective attitudes toward the Internet comprise another; how to address tensions between contemporary scientific ideas and timeless Torah, yet another. No organizational or social unity can obscure such fundamental differences of outlook—nor should it.

And then there are other issues that have long been the subject of inter-Orthodox debate—like the religious significance of the State of Israel (a topic regarding which deeply divergent attitudes toward Israel have come to the fore even among Religious Zionists these days); the inherent value or advisability of higher secular education; the proper degree of separation between men and women in schools and at gatherings; the role of “daas Torah” in communal decision-making; the relative merits and demerits of insularity versus cultural exposure; and other perhaps less weighty but equally real things.

We do ourselves no favor by ignoring—or, even worse, seeking to stifle—such differences, and even the abundant good will we must all embrace cannot erase them. But do they spell disastrous societal schism? Have such divergences of attitude among observant Jews, for all their substance, in fact yielded “demonization, exclusivity and separation?” Not where I look.

Despite the different paths of principle we may tread, the good will need not be—and, baruch Hashem, rarely is—left behind. That said, we must all work to ensure that it never is—that, despite our undeniable diversity, the unity born of ahavas Yisrael continues to envelop us all.

Rabbi Shafran is the director of Public Affairs at Agudath Israel of America.

0 0 votes
Article Rating
This article was featured in the Summer 2007 issue of Jewish Action.