He entered the room with my stomach in knots; the numerous stories about the famous “Gush bechinah” (entrance exam) caused my mouth to be so dry, I could not even say a word as I sat before him.

He hardly looked at me, and he certainly did not smile. There was no chitchat or even pleasantries; rather, he began by asking me what I was learning and, without the benefit of a sefer, he began his questioning. For him it seemed to be a game of chess and logic; for me, it was an exercise in futility. Whatever I answered, he quickly countered with the logical extension to my thesis. Soon I was no longer aware of which masechta (tractate) I was learning and which sugya (topic) I had chosen. My mind was spinning and my heart was pounding. The next thing I knew, this imposing man with the serious demeanor asked me, “So based on what you have said, it follows that you believe it is a Torah obligation to eat meat and milk on Yom Kippur; is that correct?”

This was the first time I met the man whom I would come to lovingly call “Rebbe.”

It did not take me long to realize that this seemingly aloof and daunting man was in reality a gentle, caring individual whose “remoteness” was more the product of his humility combined most probably with a touch of shyness.

I learned quickly during my second Shabbat in the yeshivah that although one could mistakenly assume that Rav Aharon was removed from the mundane aspects of this world, in truth, he had his finger on the pulse of the student body.

There are outdoor balconies that surround the back of the beit midrash; one could access these outdoor areas by simply stepping out the door. Once, at the conclusion of davening, without warning, Rav Aharon marched to the front of the beit midrash–which, according to the veterans of the yeshivah, was highly unusual.

He was shaking with emotion and was clearly filled with disappointment and pain. A group of soldiers who were not part of the yeshivah were visiting for Shabbat, and some of the yeshivah students took the opportunity to show the guests the balcony of the beit midrash during davening.

Rav Aharon was incredulous at his students’ behavior; I can still recall his words today. He thundered, “I understand that there are students who want to perform the mitzvah of hachnasat orchim; however, we are two weeks before Rosh Hashanah! How can we allow ourselves to go traipsing on the veranda as if we are strolling in the park on a day off?”

I had never seen a rav show such emotion and passion while clearly maintaining his equilibrium.

He was disappointed because of the lack of kavod Shamayim; yet there was not the slightest semblance of personal anger in his words. Indeed, he went out of his way to superbly balance the need to not make the guest soldiers feel unwanted while effectively rebuking his own students.

Rav Aharon was one of the most controlled individuals I have ever met. He had a PhD from Harvard in English literature and would liberally quote John Milton and Edmund Spenser’s The Faerie Queene before and after quoting Rambam, yet when it came to kavod Shamayim, Rav Aharon could be full of fury while maintaining complete self-control. Every word uttered in shiur or even when he spoke extemporaneously was measured and thought out; he never “shot from the hip.”

I cannot recall a time when he had to retract a statement or when he was guilty of a slip of the tongue; Rav Aharon became my role model in how and when to speak. 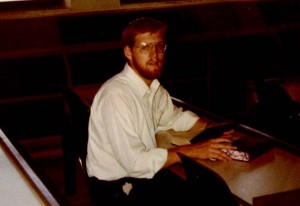 Two weeks after that Shabbat, my initial feeling of awe was augmented with a newfound love for Rav Aharon—the catalyst being my first Yom Kippur with him.

To describe Rav Aharon on Yom Kippur, one word comes to mind: ethereal.

His focus and intensity during davening was otherworldly.

He stood for the majority of the davening, and his face displayed intense concentration along with fear of judgment. I witnessed a man pleading for his life before his Creator. Then the shofar sounded and Yom Kippur was over. The yeshivah erupted in singing and dancing, the likes of which I had never seen.

As I looked up, Rav Aharon appeared as an angelic apparition, his face shining brightly with a smile that illuminated the entire beit midrash. On his shoulders sat his young three-year-old daughter, Toni.

Could the same man who just moments before stood for hours detached from this world now be dancing with his daughter on his shoulders while waving tenderly in the direction of the balcony to his beloved wife, Tovah?

Could the same man who was so transcendent the entire day now be the “normal” father who took such pleasure and joy in making his young daughter happy? But there was no contradiction and no inconsistency; that was Rav Aharon. He was a living example of a person who was able to synthesize his physical and spiritual selves, and become the ultimate paradigm of the genuine servant of Hashem.

It was apparent that Rav Aharon’s first and primary love was Torah; Torah was his lifeblood. I never witnessed another person whose complete concentration while learning Torah was as intense as Rav Aharon’s. As he sat at his desk, on the right side of the beit midrash, he was totally immersed in learning. I can recall many times standing near his desk as the minutes ticked by, hoping that he would notice me as he remained engrossed in the sugya.

And yet, while his commitment to Torah was total, it was never at the expense of his middot. On the days when Rav Aharon was relying on the Egged bus to return home, he would stop learning exactly four minutes and nineteen seconds before the bus would arrive. He would stand up and literally run from his seat. He would first stop at the bookshelves to put every single sefer back on the correct shelf. He would then bolt from the beit midrash and sprint to the bus stop while vaulting over at least one park bench in order to arrive at the bus stop precisely as the bus pulled in. Time was of the essence; so was putting away sefarim for the next person to use them.

Although Rav Aharon cherished time for his personal growth, he always had time for me and for others. I can recall countless times when I spoke to him privately in his office and he never gave the slightest indication that he was in a rush.

Rav Aharon taught me a new definition of what is a chumrah (stringency) and what is a kulah (leniency).

He once related how before Pesach when he was called up for miluim (reserve duty), his task was to help kasher a kitchen. He and the other milumniks were working under the chaplain. After they finished cleaning the pots, the chaplain arrived, inspected their work and proceeded to berate the men for not using the blowtorch to remove some grime on the pot handles. Rav Aharon told us very emphatically how he felt that the chaplain, who may have thought he was being strict (machmir) in hilchot Pesach, was actually being very lenient (meikel) in the laws of bein adam l’chaveiro. The chaplain publicly embarrassed the other men, and he kept them at the base for another hour for what was unnecessary work, thereby depriving them of family time. Rav Aharon pointed out that the grime he had them remove was not a halachic problem in the first place.

The one who was seemingly machmir was now the meikel and the meikel was, in truth, the machmir. 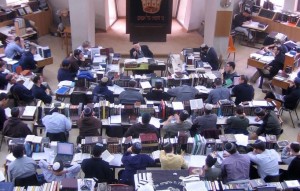 Although Rav Aharon excelled in so many middot and in learning, the one trait in which he towered above all was certainly his middah of anavah, humility. His self-effacing style and his innate humility were legendary.

I will never forget how he would sit in the beit midrash when Rav Amital spoke, appearing as a student sits before his rebbe, although he himself was fluent in the entire Shas and Rishonim.

There are countless stories attesting to his humility. Once, he had to take an Egged bus four hours to the North for reserve duty. He casually mentioned how after two hours on the bus, he said to the woman standing near him, “Excuse me, please sit down. I sat for two hours and now it’s only fair that you sit.” There was not the slightest hint of conceit in his voice; he was just informing us how we should be sensitive to others.

At one point, Rav Aharon took a controversial position regarding the question of relinquishing land for the sake of peace. Since he knew his position was passionately opposed by some of the veterans of the yeshivah, he gave a member of the kollel the opportunity to offer a rebuttal to his position. With that one gesture, Rav Aharon grew ten feet in my eyes. Which other rosh yeshivah would give equal time for a member of his kollel to offer an opposing view? But that was Rav Aharon. Why would he think his position was more compelling than anyone else’s? There were opposing views and he gave equal time for disparate opinions.

Who can forget the time in the Yeshiva University cafeteria when a student asked a friend, “Aaron, do you have change of a quarter?” Before the friend could respond, Rav Aharon walked over and said, “Yes, here I have two dimes and a nickel. Will that help you?”

Rav Aharon held himself to a tremendously high standard; nevertheless, I always found him to be understanding, compassionate and down to earth when he dealt with others. When I was going through a difficult period in my life, he was there for me with the empathy and responsiveness akin to that of a loving and understanding father; he was never judgmental. I am consoled as I recall that the man whom I initially so feared and felt intimidated by I ultimately came to love and admire as a father figure. I realized that the man who may have seemed so forbidding was in reality a gentle giant in Torah and an even greater giant in middot.

And the man who considered himself nothing but ordinary was revered by so many as being the epitome of “extraordinary.”

Good-bye Rav Aharon, and thank you for being my rebbe.