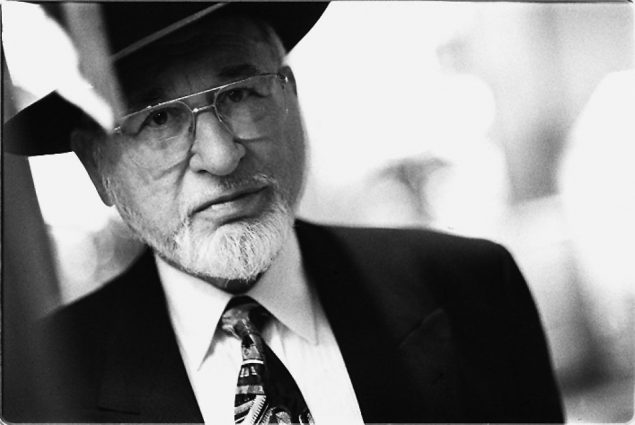 This past November, on the Friday evening of the week in which Ben Zion Shenker, z”l, passed away, my wife and I were guests in the home of a Sephardi family. Expecting a different type of Shabbat experience, I was taken by surprise when the host led us in singing Eshet Chayil to the melody with which we are all so familiar. He dedicated it to two kallot (new brides) who were present. I made another suggestion: “Let’s also dedicate it to the memory of Ben Zion Shenker, who composed that melody and who died this week.” But it turned out that neither our host nor anyone else around the table had ever heard of Ben Zion Shenker. “I assumed that niggun was a hundred years old or more,” said our host. And, of course, when I told him that Shenker was also the composer of the most familiar tunes we sing for Mizmor leDavid and Yassis Alayich, besides more than five hundred other niggunim, he was amazed.

I only met Ben Zion Shenker once, at a presentation he gave about his work, but you could not but be struck by his modesty, even though he was revered in Jewish musical circles as the leading contemporary exponent of Chassidic music. Having been an avid Shenker fan for many years, I asked him for an autograph, and he was clearly taken aback. Given this humility, perhaps his anonymity among the larger Jewish community is unsurprising.

Unlike most other singers, chazzanim, and even many composers, Shenker could not be classified as a “performer,” apart from on his recordings. His appearances on the concert stage were extremely rare, though he was unstinting in giving of himself to lead hours of singing at Chassidic events. And when you listen to any of the many albums he recorded, or watch him in action on YouTube videos, it is evident that he was never simply trying to show off his warm and vibrant voice (what the New York Times, in its obituary, described as a “reedy tenor”). His concern was with how the melody could convey the message contained in the words, how one’s deveikut (attachment to God) could be intensified through the song. Famed Chassidic entertainer Avraham Fried says there was “a soulful transcendental feeling of prayer” in Shenker’s singing.

Even in a professional environment, he never stepped out of character. Veteran Jewish music publisher and historian Velvel Pasternak, who produced many of the early Chassidic albums, once told me about the difference between Shenker and other Chassidic singers. “When the others walk into the studio,” Pasternak related, “they bring throat sprays and inhalers, and all sorts of props. First they do their vocal exercises and warm-ups, and only then are they ready. Ben Zion comes in with a siddur, and simply starts to sing.”

Shenker was born in Brooklyn in 1925. Music was his passion since childhood. In a 2011 interview, he told Charlie Bernhaut, longtime host of a weekly online program of chazzanut and other Jewish music, that his mother never had to give him toys to play with. “She would put me down next to the phonograph with a pile of Yossele Rosenblatt records,” he recalled, “and I would sit there entranced for hours on end.”

He joined the choir of Cantor Joshua Weisser at twelve years old, and soon began studying with the well-known Jewish music teacher and conductor Seymour Silbermintz. When he was about fifteen, his father took him along to a tisch of the second Modzitzer rebbe, Reb Shaul, himself a prolific composer, who had just arrived in America. Picking up a book of music notes of niggunim that happened to be there, Shenker began humming the songs. The rebbe was amazed that the young boy could read music and thus began a lifelong relationship, with Shenker acting as musical secretary to the rebbe. To make a living, even though he had semichah, Shenker was involved in his family’s sweater business, and later in a diamond company, but music was his real occupation.

Shenker’s creativity and influence spanned many decades. He composed the tunes for Mizmor leDavid and Eshet Chayil in 1946 and 1953 respectively, sang in the first-ever album of Chassidic niggunim in 1956, and was still composing, and even recording his latest compositions, together with klezmer musician Andy Statman, in his nineties. He inspired several generations of Jewish singers and musicians, including Shlomo Carlebach, who became a close friend.

There is a sophistication to Shenker’s compositions that is a substantive cut above the popular run-of-the-mill neo-Chassidic music of today. Often relatively simple, at other times complex in the Modzitz tradition, his compositions touch every emotion, with joy being by far the most common. He loved to sing marches, his right fist banging unceasingly on the table to the tempo. Prayerful pesukim from Tehillim or the Prophets inspired him to compose tender, poignant melodies that touch the recesses of the heart. Not infrequently, he would transform into a traditional chazzan, mining the depths of his soul for plaintive musical phrases that would uplift and inspire.

According to Yossi Green, also a leading contemporary composer of niggunim, “Ben Zion Shenker was the trailblazer of a new genre of Jewish music—the American niggun, with a modern syncopated rhythm, a low first part, and a high, exciting second part.” Pasternak points to one quality of Shenker’s compositions that characterizes them all. “He had a great ability to write a melody that people can sing.”

That is so true. Is there any shul anywhere at which his Mizmor leDavid is not sung during seudah shlishit? But besides his own compositions, he popularized dozens of Modzitz niggunim, such as Lo Tevoshi that enlivens our Kabbalat Shabbat, Ein Kitzva that energizes our Rosh Hashanah and Yom Kippur Mussaf, and Shoshanat Ya’akov that entertains us on Purim. Melodies like these have become so much a part of our lives that it is hard to imagine a Shabbat or yom tov davening, or a wedding, without them. Shimon Cramer, popular singer and chazzan of the Riverdale Jewish Center in New York, grew up on Shenker’s music in London. “Everyone was using his melodies for parts of the davening,” Cramer recalls. “I’m sure that still today there are some tunes that I sing that I don’t even realize are his.”

Pasternak has taken on the huge task of notating, and ultimately publishing, all of Ben Zion Shenker’s songs, so that his genius will live on and can reach ever wider circles. Yet how will their composer be remembered? Like Carlebach and some others, perhaps his reputation will become that much greater after his passing. But surely he himself would want his legacy to be measured only by how much his music continues to inspire us in our prayers and to uplift us in our celebrations of life.

David Olivestone, formerly senior communications officer of the Orthodox Union, lives in Jerusalem and is a member of the Jewish Action Editorial Committee. His most recent contribution to the magazine was a tribute to Cantor Sherwood Goffin.