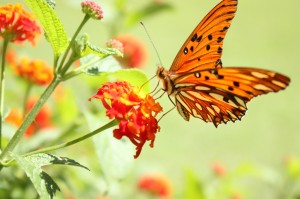 A sad and poignant commentary on the state of society today is the popularity and acclaim of two books regarding the sexualization of society and the objectification of women. In Reviving Ophelia1, a study about the growing emotional problems of adolescent girls today, psychologist Mary Pipher decries the threat to our youngsters based on the spread of what she terms “lookism,” the evaluation of a person on the basis of appearance. Pipher describes how in many American communities, girls are pressured to wear designer clothes, have straight white teeth, beautiful hair and fit into a size four. Then they read teenage magazines which tell them, “Don’t worry about feeling good or being good, worry about looking good”(40). Pipher mourns that “adolescence is when girls experience social pressure to put aside their authentic selves and to display only a small portion of their gifts” (22).

In her book, A Return to Modesty,2 Wendy Shalit, a young Williams College graduate, describes similar trends on the college campus and in the career world. Shalit laments a society where New Year resolutions in a typical diary in the 1990s could so differ from one written in 1890. “Resolved,” writes a young woman of days gone by, “to think before speaking. To work more seriously. To be self restrained in conversations and actions. Not to let my thoughts wander. To be dignified. Interest myself more in others.” Her more modern sister writes, “I will try to make myself better in any way I possibly can. I will lose weight, get new lenses, already got new haircut, good makeup, new clothes and accessories” (142). Let us not delude ourselves that this phenomenon is limited to secular society; we too are affected and influenced by these trends.

One of the purposes of tzniut (modesty) in Jewish society is to liberate women from exactly these social pressures and constraints.3 The halachah is designed to make the world relate to a woman as a person and not as a female. The laws regarding length of skirts and sleeves, etc. are a set of guidelines which limit the exposure of woman’s body, and should serve as a reminder to her as to how to comport herself with dignity.

Women who see tzniut as an injunction to cover up and hide themselves miss the point entirely. Tzniut is meant to de-emphasize the physical in order to allow the intellectual and spiritual aspects of oneself to shine through. Once women understand this, tzniut becomes a tool and an advantage, rather than a restrictive element in their lives. Pipher speaks of a “protected space” in which women can grow and develop a strong sense of self (241). Halachah provides just that space.

Women who see tzniut as an injunction to cover up and hide themselves miss the point entirely.

The famous injunction of the Sefer Hachinuch, “Acharei hamaasim nimshachim halevavot”4 (our hearts are influenced by our actions) is particularly relevant in this context. A woman, or man, for that matter, who dresses appropriately usually acts appropriately. As a teacher in various women’s seminaries in Israel, I’ve often heard my students say that when they used to conform to the dress codes of their religious high schools, they felt restricted; since they were dressing like bnot yisrael, they felt compelled to act less free and more dignified. Indeed, such dress codes give young women a more authentic freedom: the freedom to focus on their spiritual rather than their superficial selves.

Unfortunately, while many educators stress the benefits of tzniut for a woman vis-à-vis society, they tend to overlook the rewards tzniut brings for a woman vis-à-vis herself. Recently, a student of mine mentioned how impressed she was when one of her teachers taught an entire course on modesty without mentioning men even once. Instead, the teacher focused on modesty as a vehicle for self-respect and a healthy development of a sense of self, avoiding all mention of what many of my students cynically call the “Men Problem.”

And yet, how we are seen and treated by members of the opposite sex is important as well. In a recently broadcast call-in radio program in Israel, a guest psychologist and career counselor discussed the frivolous attitude businessmen generally have towards their female coworkers. The female callers complained that during crucial business meetings male customers would regularly ignore the business agenda and ask them out. The program hosts repeatedly asked these callers to describe in detail the outfit, hairdo and makeup they wore to work. They then advised these women to wear less provocative clothing in order to be seen as business colleagues and not prospective dates. In the US, where professional dress codes are more conservative than in Israel, male-female interaction at work tends to be more professional and less sexualized. Interestingly, the guidelines for proper professional attire are very similar to those of tzniut. The one very significant distinction between the professional and Jewish worlds, however, is that in the Jewish tradition a woman is always to be treated with respect. She is to be regarded as a personality and a neshamah, and not as a body. With the exception of the marriage relationship, halachah strives to de-emphasize the physical side of men and women in order to allow for the full expression of the human personality.

However, modesty also serves another purpose. The halachic Jew–man or woman–is not only concerned with his place within society; he is concerned with his relationship with God as well. Modesty is essential to both spheres. The most important halachic source for the laws of modesty is derived from the Torah injunction5 “Vehaya machanecha kadosh velo yerae becha ervat davar veshav meachorecha,” (therefore shall thy camp be holy, that He see no licentious thing in thee and turn away from thee).6 Sifri adds, “From here we learn that licentiousness banishes the Divine Presence.” Similarly, in parshat Kedoshim (Leviticus, 19:1) we find that Rashi links holiness to the absence of forbidden sexuality. Obviously, those in our community who pursue true holiness will be strict in their standards of modesty. One can therefore understand Kimchit,7 of hair covering fame, who when asked why she merited having seven sons attain the high priesthood, replied that the hair of her head had never been exposed before even the walls of her house. Did Kimchit arbitrarily choose to excel in modesty and was therefore rewarded with such holy sons? Or, perhaps she acted so modestly because she saw herself continually in the presence of the Divine? Thus, even while caring for her children, preparing food or being otherwise involved in mundane tasks, she sensed God’s nearness and as a result, her children grew to be unique in their spiritual sensitivity.

Pipher speaks of a “protected space” in which women can grow and develop a strong sense of self. Halachah provides just that space.

As explained above, modesty is a vehicle for keeping the Shechinah in our midst. Thus, there are those in the contemporary Jewish world who are very stringent in their observance of modesty not only to avoid objectifying either of the sexes, but more importantly, to preserve the presence of the Shechinah and enhance the overall kedushah of the community.

OK, so tzniut protects and sanctifies us, but does that makes it easy to keep? Can we honestly say that we do not lose out on some aspects of our self-expression and that we do not sacrifice worthwhile and innocent friendships when we adhere to strict halachic standards of modesty? I think we would be deluding ourselves to think that the laws of tzniut are not demanding and that we don’t relinquish certain positive experiences in the process. Rav Kook, zt”l, in Middot Haraya provides for a realistic way to view the issue:

The attribute of tzniut causes much good in this world, and because of that it is permitted to push away many things that would have been worthwhile in and of themselves, because man’s weaknesses would cause him to cross the boundaries of tzniut which uphold the existence of the spiritual and material world. The attributes of love and friendship in all its comfortable actions and conversations, should have been equal between the sexes, but it is because of the great value of tzniut that derech eretz is sometimes [sic] pushed aside so much so that one doesn’t even ask about the welfare of a woman. The tzanua person knows that it is not because of the derision of the opposite sex that he keeps his distance and erects barriers, but because of the greater goals of tzniut [translation mine].

As the Yomim Noraim approach, we should perhaps pause and consider some new and different approaches to tzniut. In practical terms what can we do? Firstly, let us keep “lookism” at bay in our households. Shalit quotes a mother pressuring her sixteen-year-old actress daughter, “I wish you were more outgoing in the way you dress” (67). Daniel Goldman, in his popular work, Emotional Intelligence,8 squarely lays the responsibility on parents to develop empathy in their very young children by modeling empathetic responses when the occasions arise. Similarly, in our homes, if we comment on the external appearance of our family members and friends, how are children to know that people are not to be measured and judged by the way they look? If shadchanim in New York and Yerushalayim report that the girl wearing the size four dress is far more marriageable than her less slender friend, does that not mean that we, the parents, have educated our sons to be just that shallow? Why are we shocked that eating disorders are becoming a problem in our community? If our attitudes mirror those of secular world, so will our children’s problems.

Secondly, it is worthwhile to study the philosophy of this mitzvah so that we can educate our sons and daughters to appreciate that tzniut refers to matters that are more than skin deep. A positive attitude towards these halachot will go a long way in helping us attain halachic correctness with less discomfort. I’m always impressed with my students’ happy surprise when we study the responsa in the Igrot Moshe where Rav Moshe Feinstein, zt”l, mentions that hair covering is a positive rather than negative commandment for women.9 Perhaps this subtle point in Rav Feinstein’s approach should tell us that when it comes to tzniut, we should not focus on the negative but rather on the positive and enriching aspects of this mitzvah.

Dr. Sosevsky teaches in Michlala and Machon Gold and is the Resident Director of Touro College Israel Option.

1. NY: Ballantine Books, 1994.
2. NY: Free Press, 1999.
3. Almost any contemporary article or book on tzniut will invariably begin with the disclaimer that tzniut is not for women alone and that in its essence it does not deal with dress code. The two verses in Tanach which refer to tzniut are: “He has told you, man, what is good and what the Lord seeks from you, only to act justly, love kindness and walk modestly (hatzneh lechet) before your Lord” (Micha 6:8), and “Those who are private (tznuim) will achieve wisdom” (Mishlei, 11:2). These verses very obviously do not refer to the concept of dress. Moreover, they are directed to men and women alike. However, this article focuses on the dress code aspect of tzniut for women.
4. Mitzvah 20.
5. While the halachic parameters of tzniut are based on this verse, Rabbi Pesach Eliyahu Falk in Oz Vehadar Levusha (NY: Feldheim, 1998) mentions other verses which impact on different dimensions of tzniut.
6. Deuteronomy 23:15.
7. Cited in Yuma 47a.
8. London: Bloomsbury Books, 1999.
9. Even Haezer, 58.

This article first appeared in the Fall 2001 issue of Jewish Action.