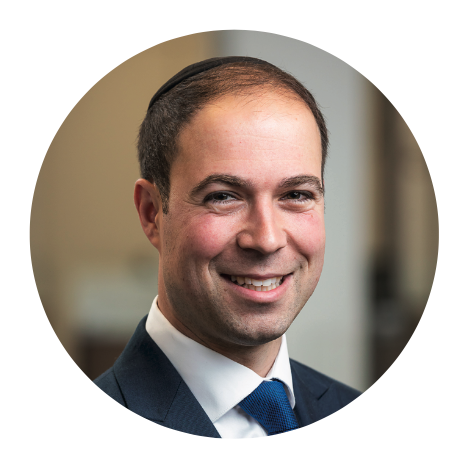 A recent headline from the Wall Street Journal summed up what has perhaps been on the minds of many Orthodox Jews of late: “From coast to coast Americans migrated toward less dense, more affordable areas as they sought more space and, in some cases, became untethered by the ability to work from anywhere.” Pandemic or not, the financial stress of living an Orthodox lifestyle has led many to seriously contemplate moving to regions that are more affordable.

Just how much cheaper is it to live out of town than in the New York Metropolitan area? Compared to an average US city, New Yorkers can expect to pay 28 percent more for transportation, 37 percent more for housing and 28 percent more for clothing.* When you add this to the costs of tuition, camp and yamim tovim, these differences can really feel magnified. Due to the financial reality on the ground that many frum couples are facing, surviving on a single income has become less and less feasible and dual-income households are increasingly becoming the norm.

But having both parents work outside the home can lead to a host of problems that emerge when parents are less involved in the household. Statistically speaking, households in which parents are less involved have increased instances of substance abuse and mental health struggles. Additionally, such households experience a myriad of other problems that can occur when children don’t get the guidance and attention they need to thrive to their fullest potential. (This is not to imply that both parents working outside the home causes substance abuse and mental health challenges in their children.)

Aside from the very real financial relief that people often experience when moving to an out-of-town community, there is also a greater feeling of “mattering.” Every person wants to feel that he is uniquely contributing to the fabric of his community, that his presence makes a difference in the lives of others. When a person lives “in town,” it’s easy to get lost in the crowd; because there are so many frum people living in close proximity, it’s hard to feel that you are truly irreplaceable in the grand scheme of things. Living in an out-of-town community, however, often instills a sense of achrayus, a feeling of individual responsibility that emerges when there is more opportunity to play a significant role in the community.

These musings about what might be on the minds of Orthodox Jews aren’t merely speculative. In my role in overseeing the OU’s Jewish Community Home Relocation Fair, I have seen the enrollment of Orthodox Jews looking to relocate more than double from the last fair, which was held just two years ago. Double! More and more frum Jews are seriously contemplating what might have been inconceivable merely five or ten years ago. The most popular session at the fair was, once again, Nefesh B’Nefesh’s presentation on aliyah. Although moving to Israel is most certainly the ideal, it isn’t realistic for everyone.

With all that being said, is the solution simply for Orthodox Jews to pick up and move out of town?

I think a more nuanced view is required. While it is certainly difficult to face the financial challenges that stem from living in town, there are many elements that make living in town truly unique. Living in the Five Towns on Long Island, I often feel like I’m in a frum Disneyland! The Torah personalities, shiurim and minyanim available at all times of the day and night, kosher restaurants and groceries, schools, mikvaos and Hatzalah garages are extraordinary. And the list goes on and on. Not to mention the tremendous infrastructure available for my children, from thriving yeshivos to frum sports leagues. I vividly remember attending my son’s first baseball game in a frum league. I’m sure many people don’t think twice about a frum baseball league, but for someone from out of town it’s a remarkable phenomenon. In short, for all the challenges that might come with living in town, there are as many, if not more, benefits.

Pandemic or not, the financial stress of living an Orthodox lifestyle has led many to seriously contemplate moving to regions that are more affordable.

Simply put, life is never a one-size-fits-all proposition. For some people, it is absolutely the right decision to move out of town. For others, it is absolutely the right choice to live in town. Regardless of what one chooses to do given his or her unique circumstances, the most important thing is to be as proactive and mindful as possible about prioritizing family, finances and frumkeit.

Cognizant of the challenges Orthodox couples are facing in this regard, we at the OU’s Community Projects & Partnerships have created two new initiatives to help families achieve these goals, no matter where they decide to live.

The first initiative, called the Empowered Parenting Initiative, is a national research-based program that was featured in the spring 2022 issue of Jewish Action. Acknowledging the financial reality of many households, in which both parents must work outside the home, we strove to develop a program that could help families thrive by empowering communal leaders to band together and focus on what should be the epicenter of our world—our children. The curricula and programmatics of this initiative all zero in on one fundamental idea: the better the relationship between parents and their children, the better off their children will be in nearly all areas of life.

The second initiative is called Living Smarter Jewish (LSJ), an all-in-one resource serving the unique financial needs of the Orthodox community. Founded by several individuals with decades of combined experience, LSJ will provide financial coaching, promote financial literacy among newlyweds, and launch educational programs such as podcasts, newsletters and school curricula, among many other services.

While this isn’t the forum to elaborate on these initiatives, both are being launched to help strengthen our families, our finances, and ultimately our frumkeit. While many might argue about the pros and cons of living in town versus out of town, the debate is just a red herring. Orthodox families and communities can thrive anywhere. The actual issue at hand is the viability of raising our families amidst the very real challenges of both parenting and finances in the modern world.

Irrespective of whether you choose to utilize OU resources such as the initiatives listed above, the most important choice must come on an individual level: which community offers my family the best opportunity to flourish? What is important to me? If it’s my children, my community and my Yiddishkeit—then all my actions should be optimized around these goals. So whatever town you choose to settle in, make sure to really go to town on building the proper foundations for your family, finances and frumkeit.

Rabbi Simon Taylor is the national director of the OU’s Community Projects & Partnerships.

3.8 5 votes
Article Rating
This article was featured in the Summer 2022 issue of Jewish Action.