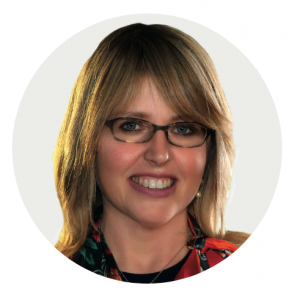 While not the word of the year, the term “influencer” is a popular buzzword. Google Ngram Viewer, a statistical analysis of word usage over time, shows relatively no change for the word “influence” from 1990 through 2019 but a dramatic jump in the use of the word “influencer.” According to influencermarketinghub.com, “an influencer has the power to affect purchasing decisions of others because of his or her authority, knowledge, position or relationship with his or her audience.” This person is seen not just as a voice of influence but as a “social relationship asset with which brands can collaborate.” As Orthodox Jews, how do we view influencers? Furthermore, who are our influencers? Finally, how can we be positive influencers in our own spheres?

While the word “influencer” may be new, the concept is not. Rambam, at the outset of the sixth chapter of Hilchot Dei’ot, proclaims that “it is the nature of man to follow in the thinking and the ways of his friends and colleagues, following the practice of the people of his land.” He warns that if one lives in a country where evil prevails, he should move to a place where the inhabitants are righteous. Rambam continues: “Therefore man must attach himself to righteous people and dwell near sages at all times in order to learn from their ways. And he must distance himself from the wicked who go in darkness, in order not to learn from their ways.” He proceeds to quote two pesukim: “He who walks with the wise will become wise; he who walks with the foolish will be destroyed” (Mishlei 13:20) and the opening verse of Tehillim, “Happy is the man who has not followed the counsel of the wicked, nor taken the path of sinners, nor joined the company of the insolent.”

A close analysis of Rambam’s words leads us to conclude that there are two forms of influence in a person’s life: one’s inner circle and the external environment. In the Orthodox world, for example, the choices we make with regard to our lifetime partners and schools for our children are usually heavily influenced by our inner circles. Oftentimes, our fashion choices and music styles, notwithstanding the Jewish labels and Jewish bands, are under the cultural influence of our environment.

One’s inner circle and outside influences are not opposite points on a continuum. There are times when one finds himself in a place without peers and society’s values draw him in. Other times, one may be with trusted friends who can help evaluate societal norms at a time when decisions are complex and layered. Rambam writes that one must be aware of which voices command his attention and determine his influencers. In a secular office setting, for example, we must ask ourselves whether it is our inner circle (our homes, our upbringing, our friends) or the workplace culture that determine our behavior. Do we, for example, refrain from using certain language at the office even though such speech might be the norm among our colleagues? The challenge is that while we may feel that our friends and family are the primary influencers, in reality it may be our culture that influences how we dress, talk, think and act.1

There are also psychological forces at play. The bandwagon effect suggests that people want to fit in, to feel validated by being part of something bigger than themselves. Being part of a group seemingly has social currency, raising one’s value. In a very noisy world, choosing to go with the group can be a strategic heuristic, a valuable mental shortcut. Is there a way to maintain one’s voice? Solomon Asch, a famous researcher in the area of conformity, found that while people tend to conform easily, they are also able to resist conformity when there is a confederate planted in the group to support the individual person’s voice. Diversity within a group allows for self-expression with less risk.2

So what are the tools to assure that influence is used proactively in a positive way? We must recognize and be mindful of the impact of peers and community. It is important to think about whom we want in our sphere of influence. Pirkei Avot (1:6) states: “Aseh lecha rav, ukneh lecha chaver, vehevei dan et kol ha’adam l’kaf zechut, appoint for yourself a teacher, and acquire for yourself a companion and judge all men favorably.” This mishnah uses action verbs (create and acquire) when instructing us to surround ourselves with good people. This is to teach us not just to wish for positive influencers, but to actively bring influencers into our lives, be they rabbis or friends. We must choose who influences us. When feeling the pressure of conformity, we must look for people who can support our stances.

Recognizing the spread of influence empowers the individual with greater reach and potential for impact. James Fowler, a political scientist at the University of California, and Nicholas Christakis, a sociologist at Harvard University, discovered in a longitudinal study conducted over twenty years that spheres of influence radiate three degrees. In other words, your friend’s friend’s friend is impacted by your actions. Your actions, speech and stance carry further than the people you touch directly. Happy people tend to exude happiness. This exuded happiness is infectious and breeds happiness in others. In an interconnected world, an initiative can go viral and impact the entire globe. The Shabbat Project, started by Rabbi Dr. Warren Goldstein, the chief rabbi of South Africa, began in 2013 and continues to spread each year, with each community infusing the initiative with its own unique character. The Torat Imecha Nach Yomi Initiative is another example of social networks gathering momentum and energy around learning and connection.

Today we have social media and circles of connection as tools to impact and be impacted, to influence and be influenced. Capturing this potential allows us to harness the energy to transform ourselves and others. It is our responsibility for ourselves and our families to use these tools wisely. The capacity for spreading Torah is remarkable, providing us with influencers and role models. We can connect through initiatives and Torah projects, sharing ideas and values. Tzedakah projects go viral, social action initiatives spread and create change. But the same mediums come with risk of exposure to people whose messages are not Torah oriented. It is our task to approach influence with intelligence and intention. We are not only choosing influencers but can influence others through our choices. Recognizing the impact that each one of us has in our own social networks, as well as our communities, can redefine the power of influence rather than relegate influence to a select few.