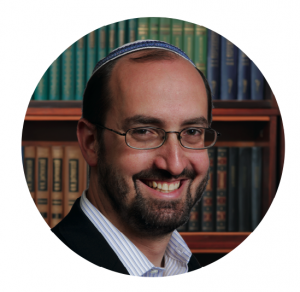 The stories we tell, and how we tell them, reveal a great deal about what we value. Within Western civilization, the story of the Exodus, Yetziat Mitzrayim, is one of emancipation from slavery, of freedom from tyranny, and of the achievement of basic rights and dignity as human beings. It is not incidental that Benjamin Franklin chose an image of Moshe leading Bnei Yisrael out of Egypt for his first proposed Great Seal of the United States, or that the bottom of the Liberty Bell is inscribed with a pasuk from Vayikra (25:10), “Proclaim liberty throughout all the Land unto all the inhabitants thereof.” For the Founding Fathers, our basic rights were Divine rights. As informed in the Declaration of Independence, “all men are created equal, that they are endowed by their Creator with certain unalienable Rights, that among these are Life, Liberty and the pursuit of Happiness.”

Within the Torah and Jewish tradition, the meaning behind Yetziat Mitzrayim is more nuanced. A Jew may choose to focus on a different pasuk in Vayikra’s depiction of the laws of the Yovel (Jubilee) than the one on the Liberty Bell: “Ki li Bnei Yisrael avadim, avadei hem, asher hotzeiti otam Mei’Eretz Mitzrayim—To me the children of Israel are servants, they are My servants, which I have taken them out of the land of Egypt” (25:55). The freedom achieved is not one that is self-serving, but one that is rooted in our identity as servants of God. It is a freedom to act out of responsibility and obligation. Our transition was not from slavery to freedom, but from slavery to service.

This distinction between how Western society and Judaism finds meaning in the Yetziat Mitzrayim experience has practical application. In an essay entitled, “Obligation: A Jewish Jurisprudence of the Social Order,” legal theorist Robert Cover posits that the liberal democracies of the West are founded on the notion of a social contract between equals, in which government provides the means to protect and enshrine our inalienable rights as human beings. In contrast, he explains, the key word for the Jewish people is not “rights,” but rather “mitzvah,” obligation. For the Jew, the question of “what are my responsibilities?” supersedes the question of “to what I am entitled?”

The core tension between rights and responsibilities has come to the fore with the onset of Covid. There has been a great deal of discussion around whether government could or should curtail our commerce or personal activity (such as with a requirement to wear a mask or space restrictions). This discourse has had clear resonance within the Orthodox community and is played out in tensions around large weddings, education, the operation of shuls and minyanim, and personal engagement and discourse in daily life.

The impetus to protect our ongoing activities and institutions as our inalienable right is certainly understandable. This is especially the case when the stakes include our core religious and social experiences. And yet, focusing on this notion exclusively risks obscuring the Jewish imperative to determine the obligations of the moment. Preservation of life, or pikuach nefesh, is a fundamental responsibility of every Jew, and we must endeavor to ensure that it remains foremost in our minds, even when limiting Jewish experiences that give our lives joy and meaning. Similarly, dina d’malchuta dina (following the laws of the land), and kiddush Hashem (sanctification of God) are also sacred responsibilities. Gemilut chasadim, our responsibility to help and support others in need, is also paramount during this troubled time.

We should never downplay the positive impact of the focus on and inclusion of Jews within the Western system of rights for our own safety, security, growth and prosperity. These rights, such as freedom of expression or religion, have had a profound impact on us as Jews seeking shelter from persecution and bias, and enabling us to act as free and equal citizens while also maintaining our traditions and beliefs. And yet, for the Jew, the more important concept is mitzvah. The mitzvot have sustained our people through times of tremendous hardship, and have centered our lives around meaning and purpose. We are servants of God committed to creating a better world for ourselves and others. Our question now, when faced with the difficulties of Covid or any personal or national crisis should not be “to what am I entitled?” but “how can I be of service?”

5 2 votes
Article Rating
This article was featured in the Spring 2021 issue of Jewish Action.