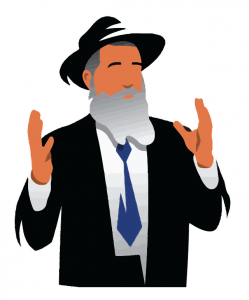 Our communities have been dumbstruck by what feels like an onslaught of rabbinic scandals. Although the number of rabbinic scandals in the past decade, among the countless thousands of practicing Orthodox rabbis worldwide, can probably be counted on one hand—or at most, on a few (in contrast with other professions, such as medicine, in which statistically over 5 percent of the population of physicians in the United States is involved in malpractice payouts in the course of a decade)—every rabbinic scandal is a unique catastrophe that shakes us to the core. We have come to expect superlative levels of integrity from our leaders, and when a rabbi violates our trust, we are rattled and maimed, even if we are not direct victims of the misconduct.

Are there any known factors that cause a rabbi to commit acts that dishonor his calling? What can be done on the part of the rabbinate to reclaim and restore its dignity, when a fragment of its members engage in exploits that tarnish its reputation?

We present some background, theories and suggestions that may help provide clarity and enable the rabbinate to move forward and upward with a renewed sense of pride and respect.

Rabbinic Scandals in History
Until recent history, rabbinic scandals centered around apostasy, and even then, the frequency of such scandals was exceedingly low. The Talmud (Chagigah 14b) records that the sage Rabbi Elisha ben Abuyah became a heretic. One and a half millennia later (around 1751-1755), Rabbi Jacob Emden of Altona, Germany, accused Rabbi Jonathan Eybeschütz, the chief rabbi of the three German communities of Altona, Hamburg and Wandsbek, of being a Sabbatean infidel. (In contrast, the Maimonidean Controversy and other similar disputations centered around the works of certain rabbinic scholars rather than around these scholars’ own personae, and more often than not occurred near or after the deaths of these scholars.) With the exception of a moderate smattering of rabbis who migrated from Orthodoxy to the nascent heterodox movements in the nineteenth and twentieth centuries, unconventional rabbinic conduct was quite rare.

What happened as of late? Why has the rabbinate been dishonored by its members on an unprecedented scale in contemporary times?

The Changing Role of the Rabbi
The answer seems to lie in the nature of the contemporary rabbinate. Traditionally, in prior eras, the rabbi was chiefly a halachic decisor. Although life wisdom, which contributes to one’s ability to provide guidance, may be acquired by experience adjudicating a broad spectrum of halachic issues for the public—and rabbis have always provided direction and personal counsel—such was not the primary function of the rabbinate in days of old. Rabbis were selected and appointed by dint of their halachic scholarship, and notwithstanding the personal guidance and communal leadership that their roles entailed, their day-to-day function was fairly similar to that of modern-day posekim or dayanim, halachic adjudicators.

In the modern era, the role of the rabbi has radically changed. Although halachic proficiency is necessary, today’s rabbis are principally educators, counselors, pastors and synagogue managers. Religious and personal counseling, mentoring, fundraising, establishing congregational policies, officiating at lifecycle events, leading prayer services, public oration, managing synagogue funds, public relations, communal and political activism and everything else involving public and private Jewish life are all within the rabbi’s purview.

Until recent history, rabbinic scandals centered around apostasy, and even then, the frequency of such scandals was exceedingly low.

In short, the modern rabbi is a professional super-Jew. Of course, while halachic leadership is supposed to be the hallmark of every contemporary rabbi—and some more traditional communities have retained the classical model—the reality is that the rabbinate as a whole has undergone sweeping changes, with modern rabbis often devoting only a tiny fraction of their time to traditional rabbinic duties. (And even then, a good percentage of these traditional duties are farmed out to specialists; how many local rabbis still write gittin, Jewish writs of divorce, serve on batei din [rabbinic courts] and inspect kosher meat?)

The contemporary rabbi has his hands in everything in Jewish life, public and private, and that is what is expected. The intense involvement in and exposure to the whole schmear of communal personalities, infrastructures and resources can be hazardous, though: for if one has proclivities toward that which is socially unhealthy or unlawful, he has at his disposal a whole array of people and mechanisms that can be manipulated for his own purposes. The rabbi sits in the cockpit of the community; he holds the keys to communal funds, apparatuses and secrets; and if he is anything short of a saint, he can get into major trouble.

Hence, it is not that more rabbis in modern times are drawn toward immorality and depravity; rather, it is the nature of the modern rabbinate, which vests and requires of its members almost unlimited ingress to every facet of the community, that has enabled those with deleterious designs to execute them.

Moreover, in former times, young men did not aspire to rabbinical careers. Rather, a community seeking a rabbi would turn to a selected talmid chacham, a Torah scholar showing interest in serving as the community’s rabbi, or a community would contact a yeshivah to ask that it refer one of its well-versed talmidim for a rabbinical post. Young men did not attend yeshivah as career training for the rabbinate (with the exception of the Hildesheimer Rabbinical Seminary in Berlin, which opened in 1873 in response to the dire need to train and place Orthodox rabbis in German communities in the face of rampant assimilation).

Today, the rabbinate in many Orthodox circles is a professional career for which young men train. As such, a far more diverse group of rabbis-to-be is present than in former years, and given the contemporary rabbinate’s multifaceted composition in terms of rabbinic duties and activities, not all rabbinic candidates enter the rabbinate with a primary focus on serving as halachic authorities. Some aspire to the rabbinate in order to perform outreach, to mentor, to have a platform for activism and so forth.

Naturally, it is up to the community, including the laity, rabbinical organizations and religious bodies, to establish best practices, painstakingly vet rabbinic candidates, implement tight systems of checks and balances and conduct everything with utmost transparency. This is the only way to protect the community.

Why has the rabbinate been dishonored by its members on an unprecedented scale in contemporary times?

But what can be done to restore dignity to the rabbinate for the overwhelming majority of rabbis who are free of scandal and have done absolutely nothing to enable it? A few suggestions:

A) Rabbinic Duties: Narrow and Elevate
Aside from the fact that the plethora of responsibilities of the modern-day rabbi can cause burnout and an inability to focus on primary rabbinic functions, this overloaded job description can also prevent the rabbi from cultivating his personality as a Torah authority and developing his potential as a Torah leader. Although the rabbinate of old—in which being a rabbi by definition meant being an eminent halachic authority and a person permeated with Torah, with the dignity of the rabbinate positioned at an untouchable apex—cannot practically be transposed into most modern communities, the attitudes and foci of this rabbinic model can, in many ways, be adapted. The vision of the local rabbi being a miniature (or full-size) manifestation of a gadol b’Torah—a Torah sage and Torah personality par excellence—dramatically transforms how the rabbi is viewed, and bestows great dignity upon the rabbinate. This stature must be earned, but when manifest, it elevates and dignifies the work and role of the rabbi. The resources and structural parameters of every community differ, yet serious consideration should be given toward reviving this old-new rabbinic model, and relieving the rabbi of some of his non-rabbinic duties so that he can devote himself more to Torah study and instruction.

B) Act the Part
“And you shall cover it [the Holy Ark] with pure gold both outside and inside” (Exodus 25:11); Rava thereupon explained: A talmid chacham, a Torah scholar, whose inside does not correspond with his outside [i.e., he is not a person of integrity], is not really a talmid chacham” (Talmud, Yoma 72b). Commenting on Rava’s exposition, Rabbi Ahron Soloveichik, in the name of his father, Rabbi Moshe, explained that a talmid chacham who dresses in an undignified manner exhibits disrespect toward the Torah that he embodies. Rabbi Baruch Pesach Mendelson, who teaches Talmud at Yeshiva University High School for Boys, quoted this insight from his rebbe, Rabbi Soloveichik. The Talmud clearly assumes that a talmid chacham’s appearance displays dignity, such that Rava establishes that a talmid chacham’s inner dignity must correspond with his assumed outer dignity. Rabbi Mendelson added that when a talmid chacham dresses in an undignified fashion, it is akin to a groom giving his bride an engagement ring in a paper bag; the paper bag, which contains the ring, demonstrates that the ring is really not meaningful to the groom.

No one is suggesting that rabbis should dress like undertakers. However, the special and sacred mission of a rabbi should be reflected in dignified style.

The same pertains to a rabbi’s personal comportment. While it is crucial for a rabbi to have a close and endearing relationship with his laity and students, such that personal involvement with them at multiple levels is an absolute must, a fine line should be drawn between interactions that engender respectful bonding versus those that can degrade the image of the rabbi. For example, many rebbeim play ball with their talmidim; these rebbeim maintain that this is a healthy, refined activity that helps form bonds and expresses the closeness of a relationship. On the other hand, a rabbi who joins the men of his congregation for the Beer & Bowling Guys’ Night Out may be seen as engaging in something less than refined, notwithstanding that the laity may welcome the rabbi’s company.

The line between positive and healthy activities with laity and students versus interactions that may compromise the image of a rabbi is nuanced, but should be taken seriously.

C) Raise Everyone Up through Torah
Rashi, invoking the words of the Midrash Tanchuma, explains that the tribes of Yehudah, Yissachar and Zevulun eventually became populated with multitudes of prominent Torah authorities due to their prolonged exposure to Moshe, as direct neighbors of Moshe and his family in the Israelite encampment. These tribes observed their neighbor Moshe assiduously studying Torah on a constant basis during those forty years in the desert, making a profound impression that impacted them for perpetuity (commentary of Rashi on Numbers 3:38).

When a rabbi is constantly seen studying and teaching Torah, and Torah scholarship is viewed as a foundational feature of his career, it makes a powerful impression. When Torah instruction is accentuated by a rabbi above other programing, and the congregation becomes part of an engaging, challenging and ongoing Torah study experience, the effects are inestimable. A community can undergo comprehensive metamorphosis when Torah study is the centerpiece of its existence. The community rises to previously unthinkable heights, and the rabbi, leading this sacred Torah enterprise, is elevated and elevates everyone with him.

Reclaiming and restoring dignity to the rabbinate is well within reach. It is up to each rabbi and community to rethink paths and take the necessary steps.

Listen to Rabbi Avrohom Gordimer discuss restoring dignity to the rabbinate at https://www.ou.org/life/community/savitsky_gordimer.